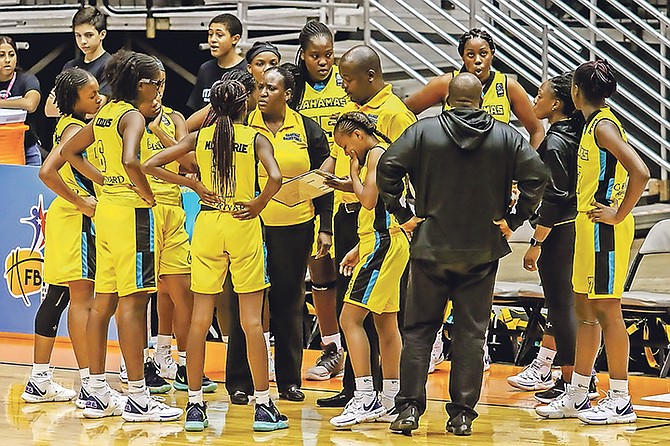 LEARNING EXPERIENCE: Team Bahamas finished sixth at the Centrobasket Under-17 Championships for Women yesterday after closing out the tournament with a 73-50 loss to Costa Rica at the Roberto Clemente Coliseum in San Juan, Puerto Rico.

FOR the second consecutive year, team Bahamas finished sixth at the FIBA Centrobasket Under-17 Championships for Women.

The Bahamas closed out the tournament with a 73-50 loss to Costa Rica yesterday at the Roberto Clemente Coliseum in San Juan, Puerto Rico.

The Bahamas finished the tournament 2-3 overall.

With a trip to the semi-finals on the line, the Bahamas suffered a 65-64 loss to Guatemala. They rebounded to defeat Barbados 83-41 in the reclassification round before yesterday's loss to Costa Rica.

Team Bahamas head coach Varel Davis called it a learning experience but said the growth and exposure of girls' basketball is necessary to compete at the regional level.

"We have to develop and grow the game of basketball itself. At this age, they are still learning and they have a lot to learn. It played a very big factor. They played against teams that play together almost year round, our girls only play together a certain part of the year so I don't think we play enough games to get our girls to this level.

"The key is to keep them together and keep them playing," Davis said. "In our system, the girls they play other sports, but we have to establish a travel team, maybe put them on the AAU circuit and just get them more games against high level competition." 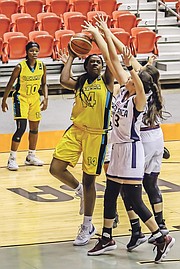 The top three teams in the tournament will qualify for the FIBA Under-18 Americas Championship 2020.

The Bahamas came out of Group B in third place with a 1-2 record, losing their opener 53-39 to Costa Rica and 99-35 to Puerto Rico in their third game.

In between those two losses, the Bahamas got some consolation with a 86-69 win over Suriname. The team played in the reclassification round, pulling off a 79-60 rout over the British Virgin Islands before the loss to Guatemala.

Attention now shifts to the men's version of the U-17 tournament, scheduled for July 24-28 in Puerto Rico. The Bahamas was placed in Group A alongside the US Virgin Islands, Puerto Rico and El Salvador. Group B includes Mexico, Panama, the Dominican Republic and Jamaica.