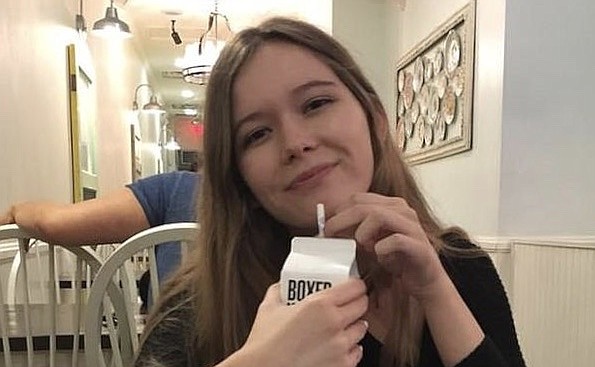 Jordan Lindsey was killed by sharks in June.

CONCERN that the Bahamas’ tourism market could suffer a blow after a fatal shark attack last month has created the impetus for officials to consider a number of measures to protect snorkellers.

According to Janet Johnson, CEO and executive director of the Tourism Development Corporation, several safeguards are being considered in the aftermath of Californian Jordan Lindsey’s death as a result of a shark attack on June 26. The 21-year-old was swimming with her mother near Rose Island when sharks savaged her. Lindsey’s family has criticised tour company Sandy Toes claiming there were no basic medical supplies and no attempts made by staff to save the college student’s life.

Ms Johnson agreed these should be mandatory, adding officials were going to work “quite diligently” to make the necessary changes. Stakeholders also want there to be emergency and training protocols put in place, she said.

“What’s come out of (a recent stakeholder meeting) is that people are now going out into the water and you’ve got somebody standing as a sentry watching to see that they’re safe and not interfered with,” she told The Tribune.

So far, there have been three reported shark attacks for the year.

Asked whether concerns were present that such incidents could affect the tourism product, Ms Johnson said: “No doubt. You have these incidents happening all over the world and they do have an impact. Our concern is for the safety of everyone involved and to mitigate against situations where we are able to react and respond in a timely manner.”

As for a timeline to implement these new strategies, she said it was hoped the process would move along very swiftly.

The Ministry of Tourism seemed to distance itself from the situation saying it did not handle policy changes.

Instead, Tourism Director General Joy Jibrilu said her ministry was working along with partners to ensure communication remained open.

She said: “We are working as we do every day with partners having conversations, but more specifically we are working with the regulatory ministries who have control to ensure that we do everything for our visitors to be safe.

“We are also mindful that while a tragedy - and nothing we say or do alleviates the pain of that family - we are dealing with a natural phenomenon.”

Sandy Toes, which offers excursions, private events and weddings alongside its beach bar and luxury villa on Rose Island, yesterday maintained all reasonable steps were taken to prevent the incident.

An American man said he survived a shark bite in Abaco days before the fatal attack, raising further concerns about possible chum dumping in Bahamian waters. Jonathan Hernandez, the victim, told NBC reporters he blamed shark-feeding for his attack.

About a week after this incident an American tourist was bitten by a shark while snorkelling in waters off Guana Cay.

Police said the Fort Lauderdale, Florida resident was snorkelling with two other Americans off Nippers Beach around 5.30pm on July 4 when he was bitten by the shark. Officers and paramedics from Marsh Harbour responded and met the victim at the Marsh Harbour dock.

The 32-year-old man was taken to the Marsh Harbour Clinic and later flown to New Providence for further treatment, police said. His current condition is unknown.

“CONCERN that the Bahamas’ tourism market could suffer a blow after a fatal shark attack last month has created the impetus for officials to consider a number of measures to protect snorkelers.”

Glad to hear that it is out of concern for tourism, that they will implement some “new rules”.

But pretty sick that anyone would write those words! Much less think that way!

Just imagine, they could just as easily have said that “out of concern for the lives of tourists”, or “swimmers”. But nope, in this sick country, the only concern is for dollars.

What thinking person could ever claim “that this is a Christian nation”, as if it means anything anymore anyways.

Come on , now, we can't judge an entire nation on one person's speech. I do agree with you though. It was a poor use of words , it was in very poor taste, a beautiful human being died....

Once again, this country closes the barn door AFTER the horse has bolted!

Question is how many locals have been bitten by sharks in the last few years? Or is it just something that seems to happen on tours, which then begs the question what is happening on these tours that put the visitors at risk?

Can't just up and talk about regulations and rules if you don't know what you are attempting to regulate and rule. I do agree and I have said before basic first aid should be available on ALL boats conducting tours. After that one must evaluate what is being done before attempting to put rules in place. Divers and snorkelers follow two different set of rules, as do fishing charters, so leg work must be done first.

Here's a terrific opportunity for Minnis to grow government and at the same time give some lucrutive new technology contracts to a few of his muck-a-mucks. It's now only a matter of time before Minnis annouces the creation of an all new ministry with an all new cabinet minister. I can't wait to learn who's going to be our new cabinet minister for the new Ministry of Shark Alerts. And Ms. Johnson has already told all of the tour operators with swimming and snorkling activities to just remember her name as a means of remebering that they should always have Johnson band-aids on hand in the event of a shark attack incident.

I think the best thing the PM could do would be to appoint Mudda as Minister of erryting, cause Mudda sure does know erryting 'bout erryting. LMAO!!

Minnis will have you hog-tied and quartered for hinting at the possibility of him being defrocked as our tyrannical, nasty, arrogant and most incompetent dictator. ROWL !

According to Comrade CEO Janet, first aid kit or not, what is going be instructions in manual about how a Beach Warden is to respond in case shark attack underway...swim out to warn shark(s) cease biting snorkeler, yes, no... .

The shark is in his territory, his domain we are intruders, the same way that we don't want intruders in our territory, our domain, and would also act aggressively, so does the shark. Be alert, hope and pray that you're not caught intruding.

Any shark comes near me in the water and just looks like it will attack me. . .I will KILL IT...now if our officials still refuse to use a scientific method of controlling over population of a dangerous specie. . .the citizen must protect him/herself from serious harm!!

Another thing. . .turtle like to swim in shallow waters where people like to swim too. . .plenty turtles and man swimming in the same waters and sharks don't fear man anymore. . .and like turtle meat too. . .bad vibes. . .

Sharks are highly territorial. . .no danger. . .plenty food. . .they will infest your playing waters. . .simple as that!! Other developed nations hunt and cull when shark activity gets to much!! They do it with polar bears, black bears, elephants, deer, pigs, snakes, fish, wolf etc.

First and foremost chumming needs to be stopped. And Stuart Cove’s biggety attitude needs to stop. Who started shark dives and chumming in New Providence?? Sharks are associating boats and people with food, and there are more and more people in our waters today, consequently the recent sad fatality.

Stuart Cove was chumming from king hatchet was a hammer. . .it is an ecological fact. . .plenty turtles equals plenty sharks. . .and on top of that. . .ya can't kill any shark!! DUMB, DUMB, DUMB RULES!! THIS IS ONLY THE KIND OF STUPIDITY IN "RUN-AWAY" CONSERVATIONISTS. . .THEY ARE NOT KNOWN FOR GOOD COMMON SENSE THINKING ALL AROUND THIS WORLD!!

They would rather see this nation become the shark attack capital of the world than see one shark or turtle killed!!

Yesterday my daughter and I went on the snorkeling excursion to Rose Island with Sandy Toes. What I can say as is that they had safety measures in place. There were several staff members in the water and snorkeling with us at all times. They gave us clear instructions on how to signal for help or assistance. They instructed us on which direction we should swim towards if we became tired or caught in a current. In addition, they informed us of the series of whistles they would sound if they detected any problems in the water and where we should immediately swim to. Several staff members were posted at various positions on the shore overlooking the area where we were snorkeling, including with binoculars scanning the waters. Even during the time we were not snorkeling, there were always staff members watching people in the water at all times. I felt safe during our entire visit to Rose Island and even noticed a drone being utilized at one point. It’s tragic what happened here recently and my heart goes out to the family. We should give Sandy Toes credit for their improved efforts to make their snorkeling excursions safer. For one thing, no tour company would intentionally cause harm to their own livelihood, and two, the kinds of shark attacks happening in the most unlikeliest of places close to shores could indicate that there is a scientific and not just chumming explanation to explore.

Thank you very much!! Check out shark infested places like Australia. . .they don't have have to get an army of look outs just to take a swim. . .sharks get out of hand and they sic the dogs of war on them to bring the numbers shark intrusion back down to manageable levels! Its simple, sharks are extremely territorial, turtle and sting rays are top on their to eat list. . .those two menu items normally swim in coastal waters . . .shark comes to get them. . .smack dab in the middle of people usually gather to swim! To further exacerbate the problem, it is illegal to kill sharks or turtles. . .so food and pray explode in populations!! It is just common sense. . .shark and human encounters must increase out of hand!! To regain the balance, the food source must be lowered or the number of predators must be!! As long as we continue to allow our dim conservationists to allow those populations to explode. . .we are screwed!! WE HAVE TOO MANY SHARKS ROAMING UP AND DOWN OUR SWIMMING SPACES. . .THEY ARE NOW ALL ABOUT IN CREEKS, COVES AND MANY PLACES THEY WERE NOT BEFORE THIS DUMB NO KILL LAW. . .FOR SHARKS AND TURTLES!!!

Ya let’s cull all of the sharks, that’s sound advice. How about we cull all of the drug addicts and welfare recipients with 4+ children they can’t financially take care of. Those pesky no kill laws stop us from doing that though. Sharks aren’t sponging on all my taxes. And are swimming places? When did we purchase these swimming places together?