World View: An Enigmatic Patriot Who Walked With Kings But Kept The Common Touch 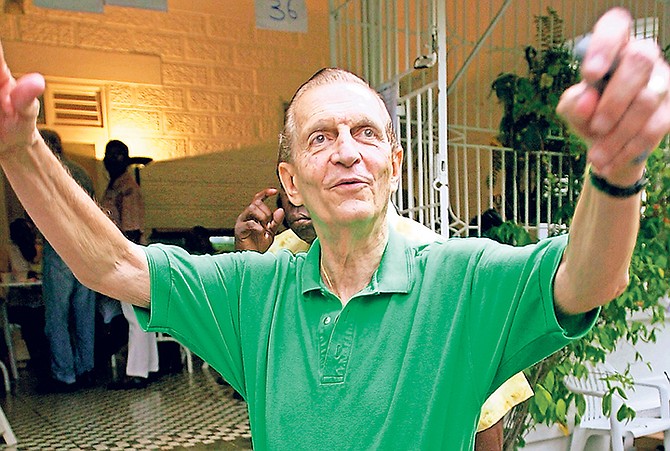 EDWARD Seaga was a great Jamaican patriot well deserving of the many tributes which have been paid to him concerning his devoted service to his country. But, he was not a regionalist and his tenure as Prime Minister of Jamaica, from 1980 to 1989, contributed to the deceleration of the regional integration process.

In January 2015, he said of the Caribbean Community and Common Market (CARICOM) that “It became the syndrome of sleep. It has no economic value whatsoever. It just keeps putting forward new directions to grow, but nothing happens.”

Seaga measured CARICOM’s usefulness through a single prism which could roughly be described as the trade benefits it brought to Jamaica. As Trinidad and Tobago became the dominant exporter of goods to all CARICOM countries because of its oil subsidies, challenging Jamaican manufacturers in their own domestic market, Seaga saw little usefulness for Jamaica in CARICOM.

In a 2016 newspaper article, he declared: “Jamaica, as a misfit, has no role to play and, accordingly, should play a selected role like The Bahamas in CARICOM.” In other words, Jamaica should leave the Common Market aspect of CARICOM and participate only in the Community dimension such as functional cooperation.

Seaga did recognise a foreign policy opportunity in CARICOM if it could serve the interests of Jamaica as he saw it. That was why in 1982 when a CARICOM Heads of Government conference was proposed by the Government of Antigua and Barbuda to end a seven-year hiatus when no conference could be held, he leapt at the opportunity to host it in Jamaica.

As background, Seaga was the first head of government, globally, to be invited to the White House in January 1981 when Ronald Reagan became President of the United States. Two years before in March 1979, the New Jewel Movement, led by Maurice Bishop, had seized power in a bloodless coup in Grenada, and had drawn close to Cuba – a matter of grave concern to the US administration. Reagan is reported by the New York Times to have said to Seaga, at a White House reception, that he was concerned over ‘‘instability being inflicted on some countries’’ in the region by outside political forces. It was a precursor of things to come.

Seaga described the leadership of the region at the time as “largely a legacy of the original leaders which all came from a Labour Party background in England and a socialist background in general… they saw the building up that was taking place in Grenada and expected the radical left in Grenada to be able to get its way.”

Therefore, when, in 1982, V.C. Bird, as a veteran Caribbean integrationist and leader of the then newest independent CARICOM country, called for an end to the seven-year period of no Heads of Government Conference and proposed hosting a meeting in Antigua, Seaga offered Jamaica instead. Bird readily agreed, seeing more value in holding the meeting than bickering over its venue.

At the November 1982 meeting, held at the Americana Hotel in Ocho Rios, Seaga sought to convince fellow leaders to expel Grenada from CARICOM, citing “the right of a people to change a government in elections free and fair and free from fear”. His efforts failed. The assembled leaders were unconvinced of the wisdom of expelling a member state and were doubly persuaded by the argument of V.C. Bird - one of the original signatories to CARIFTA in 1965 and a stalwart of the West Indian Federation - that no Caribbean people should be excluded from the community.

It was the implosion of the Grenada government in 1983, including the assassination of Maurice Bishop, that provided Seaga with the opportunity to galvanize already willing leaders in Barbados and the OECS countries to support him in backing a US invasion of Grenada on a contrived invitation from the Governor-General, Sir Paul Scoon.

In the event, there was never any doubt in Seaga’s mind that his principal role in the Grenada invasion was anything but the right thing to do. He recalled afterwards that in Grenada, “there were five million rounds of ammunition – that’s one for every man, woman and child in the entire English-speaking Caribbean. There were a large number of assault rifles, field camps, a field kitchen, a field hospital, etc.” As he saw it: “They were preparing to provoke attacks in other Caribbean Commonwealth countries.”

The Caribbean integration project – the strength in unity – that it brings to every Caribbean country, depends on the leadership it is given. At times of committed leadership, regional integration has blossomed; in other times of lukewarm or disinterested guidance it has stalled and even reversed. Seaga had all the qualities of leadership that could have driven CARICOM to greater heights, but he saw Jamaica’s destiny in a greater alliance elsewhere and he pursued that objective diligently.

His lukewarm attitude to regional integration should not detract from the role he played on the wider international stage in causes that were vital to racial equality, social justice and economic improvement. He played a particularly important role in weakening the Apartheid regime in South Africa which should never be forgotten. After trade sanctions failed to shake the Apartheid regime because of sanctions busting and secretive deals, it was he who proposed an attack on the rand (the South African currency). Learning from the calamitous effect on Jamaica of the loss of value of its currency, he advised that “once the rand started to fall in value, all that had been built up over the decades by the elite of South Africa would start to fall with it. Trade would be dislocated because South African goods would be cheaper for exports, but far more expensive for imports, and a dislocation of trade and investment would result in adverse movement of the exchange rate. This, they couldn’t deal with.”

He was right. The subsequent assault on the rand had its effect and played a role in forcing the Apartheid regime to negotiate its own demise.

On a personal note, I got to know Edward Seaga through a mutual friend, the late and dear Derek Mahfood, and I enjoyed several conversations with him characterised always with respect, notwithstanding disagreement. His significant and defining contributions to making Jamaica a great nation, to music and musicians in Jamaica and to the development and recognition of Jamaican culture have all been well documented and rightly recalled at his passing.

I relate one story that gives an insight to his humanity. On October 31, 1981, the eve of Antigua and Barbuda’s independence, he attended a party at my home where other Caribbean leaders were present. He had noted that my wife, Susan, and I had a helper, Josephine - a Rastafarian lady when Rastas were accorded little regard in Antigua; a situation well-known to Seaga. Before he left the party, he asked to meet her. He went into the kitchen, took his pin of the Jamaican flag from his lapel, and fastened it on the dress of a bedazzled and dewy-eyed Josephine.

Mr Seaga was a tough leader, but he was also a caring man. He walked with kings and kept a common touch.