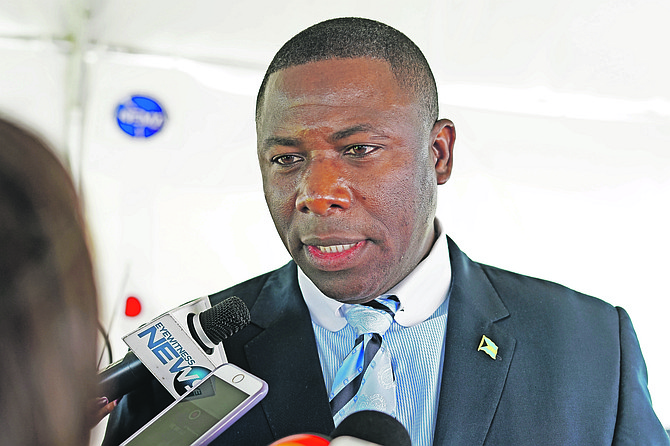 TRANSPORT and Local Government Minister Renward Wells yesterday affirmed the government’s commitment to bringing order to the taxicab sector which he said “has been allowed to mushroom into chaos”.

During his contribution to the 2019/2020 budget communication Mr Wells spoke to some of the issues taxi drivers are facing.

“The Taxicab Union has brought it to the attention of my Ministry that their members’ licence plates are the same colour as private charter bus plates and self-drive cars. It has been said that the private charter buses are providing the service that law allows exclusively for taxicabs. My Ministry has taken the decision to cause yellow to be the distinguishing colour for taxicab plates, as is generally accepted universally/internationally. There is also the challenge of livery cars overtly competing with taxicabs. There is the complaint that livery cars are on a line spotting fares when the law provides that their services ought to be prearranged. My Ministry is dialoguing with all parties to reach an amicable conclusion on this matter,” said Mr Wells.

In May 2017, the Governor General in her Speech from the Throne foreshadowed the government’s intention to review and give consideration to the ownership of taxi licence plates by people who have been leasing those plates for many years.

“This government is absolutely committed to bringing order to what has been allowed to mushroom into chaos,” said Mr Wells.

He told Parliament the Prime Minister has established a Cabinet sub-committee consisting of six Ministers tasked to make recommendations regarding issues pertaining to recalling of all plates, inactive plates, renewal of franchises, and plates in estates.

Taxi and jitney drivers have announced they joined forces and are threatening a “massive shutdown” if government does not take their concerns seriously, stating: “We will no longer be pushed aside.”

Both the president of the 1100 strong Bahamas Taxicab Union (BTCU) Wesley Ferguson and president of the Bahamas Unified Bus Drivers Union Frederick Farrington told Tribune Business government has until July 1 to meet with them and work on resolving their issues.