Stateside: Ladies To The Front As Democrats’ Clock Counts Down 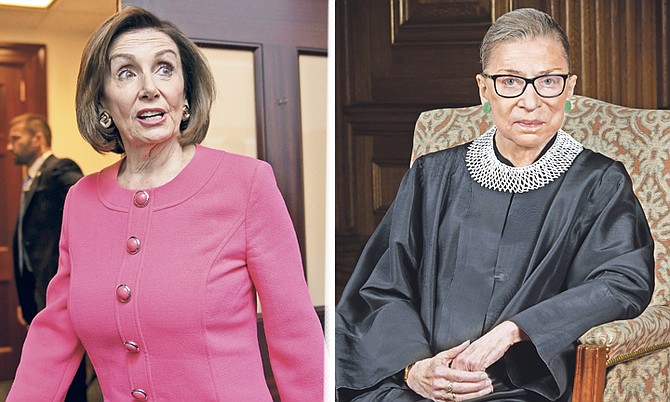 There’s a general feeling women will play a critical role in next year’s American presidential election, and perhaps in the almost equally important 34 Senate races. Among the two dozen Democratic challengers to US President Trump, there are six women who have made the cut for next week’s two-night Democratic debate in Miami. Four of those candidates are incumbent US senators, another is a congresswoman from Hawaii, and the last is a best-selling author.

There has been a lot of talk that suburban white women may turn away from Trump in 2020 and cast their votes for Democratic candidates. That growing trend was often cited as one reason the GOP suffered a 40-seat loss in the House of Representatives last year, and only held on to the Senate because the line-up of seats at stake heavily favoured their candidates.

But there is a growing sense that two different women will play a larger role than any of the others. One will exert predominant legislative influence, the other might prevail judicially. These two leaders are 79-year-old Nancy Pelosi, Speaker of the House, and “the notorious” Ruth Bader Ginsberg, 86, the indomitable force on the Supreme Court. Ginsberg, the subject of the widely-viewed documentary RBG last year, has in recent years shrugged off serious health issues, lost her phenomenally accomplished and also supportive husband, and continued to actively pursue her feminist passion on the court. She shows few signs of slowing down. Jokes have been making the rounds that Ginsberg has made a bargain with the deity to stay alive and active until a Democrat returns to the White House and can nominate her successor. Few are laughing now, since such a bargain seems to be actually rather plausible.

Pelosi, rarely out of the headlines these days, is still holding the line in the House against initiating impeachment proceedings against Trump, while generally behaving like an adult in contrast to the president’s often puerile words and behaviour. There is increasing grumbling among House Democrats that evidence from Robert Mueller’s investigation, congressional inquiries and most of all, from Trump’s own words, indicts the president. Some believe that Pelosi will contrive to let Trump hang himself with his own rope eventually, but that has yet to happen.

Summer vacation periods beckon for Congress. Democratic debates and some more hearings on Capitol Hill should keep the pundits occupied during this hiatus. There will be more clarity on impeachment by the time Labour Day arrives at the beginning of September. 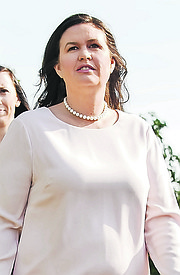 Sanders and her most outrageous lies

While women may help to knock Trump from his perch next year, two of his most loyal lieutenants in the White House have been women. One is leaving and one may get pushed out.

Sarah Huckabee Sanders is the daughter of former Arkansas governor Mike Huckabee, who has launched several presidential runs and now occupies a position as a Fox News commentator. Sanders has been the most consistent and least artful liar ever to hold an office which rewards above all skilful obfuscation. She has been for a couple of years Trump’s spokesperson and director of the White House news office.

Yahoo News has now compiled a list of Sanders’ most outrageous lies. Three stand out particularly:

May 2017: After Trump fired FBI Director James Comey, Sanders asserted confidently that the bureau’s rank and file had lost confidence in Comey. Speaking under oath to the Mueller investigation, however, she admitted she spoke “in the heat of the moment and my statement was not founded on anything”.

January 2019: Sanders said 4,000 terrorists were waiting on the US-Mexico border to infiltrate America. Even Trump counsellor and equally ardent loyalist Kellyanne Conway had to walk this lie back the next day: “That was an unfortunate misstatement; everybody makes mistakes.”

Speaking of Conway, the politically independent Office of Special Counsel (not related to the Mueller investigation) has now made public its unusually blunt recommendation that Conway be fired from government due to repeated violations of the 1938 Hatch Act which forbids overt political activity by government employees.

The director of the office since December 2017 is a Trump appointee, Henry Kerner, who described his agency’s recommendation as “unprecedented. And you know what else is unprecedented?” he asked. “Kellyanne Conway’s behaviour.” Conway has repeatedly criticised Democrats while speaking in her official White House capacity. That is expressly forbidden by terms of the Hatch Act, a written acknowledgement of which Conway, like all federal employees, had to sign prior to accepting her appointment.

Trump responded quickly that he would not fire Conway, who is “just a tremendous, loyal person. It looks to me like they’re trying to take away her right to free speech.”

Season of the underdog

Both major American winter sports championships were victories for the underdog. When the St. Louis Blues went into Boston and knocked off the Bruins for their first-ever Stanley Cup championship of the National Hockey League, they ended the longest current title drought in the league. And then the Toronto Raptors demonstrated they can beat just about anyone in the NBA not named LeBron James as they dispatched the defending two-time basketball champion Golden State Warriors.

Both teams won their championships on the road. While the Blues were a real feel-good story (they were in last place in the entire league around New Year’s), the Warriors encountered several huge obstacles to their dreams of a three-peat. First, Kevin Durant missed the first four games with a calf injury and then when he did play in Game Five, he tore his Achilles tendon and will miss all of next year. Then, Klay Thompson suffered an ACL injury in the decisive Game Six. He will probably miss next year, too. Both players are free agents.

But perhaps most importantly, the Warriors could not contain the consistent damage inflicted by now two-time Finals MVP Kawai Leonard. This man showed us all that LeBron is not the only individual who can lift an entire team and lead it to a largely unexpected and inspiring triumph. Now the Raptors will have to sweat out an offseason during which not only Leonard but also brilliant president and chief of basketball operations Masai Ujiri are already targets of recruitment by rival teams.

Title-starved Canada certainly noticed the Raptors’ success. In all 56 percent of all Canadians reportedly watched at least some of the NBA Finals, and the clinching victory was the most-watched NBA game in Canadian history. The six Finals games were all placed among the ten most watched TV shows of any kind in Canada this year.

Meanwhile, looking ahead to next season, 34-year-old LeBron and his power-broker agent Rich Paul seem to have scored a major victory. A trade has been agreed that will send six-time All-Star Anthony Davis to the Lakers from New Orleans, which now holds the No. 1 and No. 4 picks in the upcoming NBA draft. There are reports the Lakers will try to add Charlotte point guard Kemba Walker to complete a third Big Three on three different LeBron teams. The first two, in Miami and Cleveland, won NBA titles.