Appeal For Help For Meals On Wheels Programme 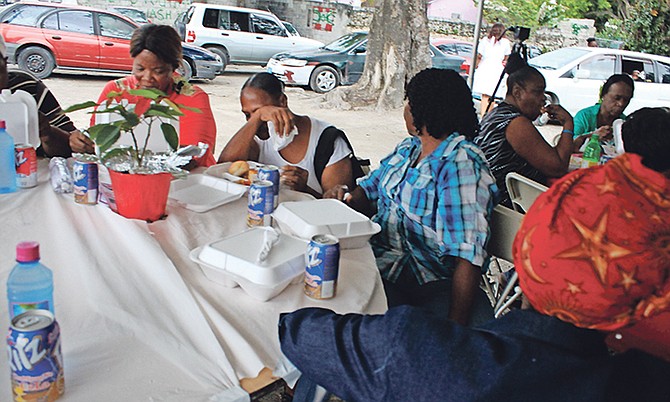 Each Tuesday, food is distributed to shut-ins, less fortunate residents, or anyone in need of a meal. The operation is two-fold. Food is distributed on Tuesdays at noon from the church’s Social Outreach Centre, located Augusta St South, directly behind the church, which is on Meadow and Augusta Streets. In addition, there is a Meals on Wheels programme, which allows volunteers to deliver meals to residents who may not be in a position to come to the centre. They include the elderly, sick or disabled, and according to a resident interviewed, the food delivery was something they looked forward to each week.

However, for the past two months, Meals on Wheels has been seriously hampered because the vehicle used to deliver food is no longer working. Due to the outcry from the residents and the desire to keep the programme running, Rev CB Moss, Pastor of Mt Olive, is reaching out to the public for help in purchasing another vehicle for Meals on Wheels. He has identified a second-hand vehicle from a local company that would serve them well. The van comes at a cost of $10,000, including licencing and insurance fees.

Rev Moss said the feeding programme once operated twice weekly – Tuesdays and Thursdays. However, a few years ago, a downturn in the economy resulted in them cutting back to Tuesdays only. He hopes that one day, the programme will return to its twice per week operations. Not only were the sick and shut-ins able to receive hot meals each week, they also received grocery items, fresh fruit and bottled water whenever available.

He noted that there are times when the residents are alone at home, because everyone else in the family is at school or at work, therefore they express sincere appreciation for the visits from the Meals on Wheels programme.

“It is important because a lot of people have different disabilities and can’t get around,” said minister Jacqueline Dorsett, head of the outreach centre.

“Sometimes they are unable to come out and receive. We have been using personal vehicles at times to get the meals to them. Just over 130 people are being affected by us no longer having the vehicle.”

In addition, volunteers have been walking to nearby homes in an attempt to try to keep the feeding programme alive until another vehicle is acquired.

Mt Olive also hosts a clothing giveaway each Tuesday through Friday from 10am to 4pm. Clothes are free of charge; however donations are accepted.