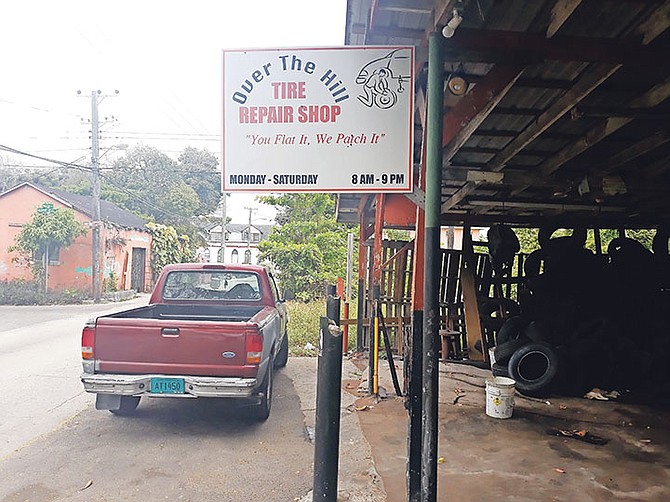 Trevor Moss, 53, is renovating his tire shop but has not sought concessions from the government to do so, saying the cost of buying duty-free materials to equip his business is still too costly. He said he would be better helped if the government removed duties off tires. 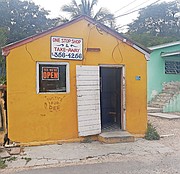 August Stevens, 46, owns a convenience store on Masons Addition. He said he would like to renovate his shop, but he will do so only if his landlord gives him first preference if he decides to sell the property.

WITH no restroom and an unseemly roof, Trevor Moss’ tyre shop in Bain and Grants Town would be an ideal beneficiary of tax concessions under the government’s Over-the-Hill programme.

The savings would help Mr Moss and others who want to renovate and equip their homes or businesses, be exempt from real property taxes or bring in cars duty-free for work.

But nearly four months after the Economic Empowerment Zone went live, just 14 applications for concessions have been approved to date, the Ministry of Finance told The Tribune yesterday. In a zone with hundreds of residents and many businesses, only 17 applications have been submitted.

Only a few of the more than a dozen people The Tribune interviewed last week have even heard about the programme and its tax concessions.

Some said their homes or businesses do not need to be renovated. People like August Stevens, owner of a mom-and-pop store in Masons Addition, want to renovate their property but won’t because they don’t own the land. Others like Mr Moss said the concessions are too limited to address problems that have locked their families into a cycle of poverty for generations.

For their part, government officials note hardly three months have passed since the Economic Empowerment Zone went live in late November and officials are preparing to ramp up their education campaign to encourage more people to take advantage of the concessions.

“People are calling in, we’re receiving numerous calls,” Samita Ferguson, head of the Over-the-Hill Unit at the Office of the Prime Minister, said yesterday.

“We didn’t have a target of how many (applications) we wanted by a certain point. We are speeding up in our public education. We are working on a commercial. We will make sure it’s spread through social media. The environmental monitors we have hired will be very strategic because when they walk about in the zones they will be able to pass out flyers or get names or numbers of persons that would be interested in tapping into the concessions. “We have also tapped into the Urban Renewal Centres so applications can be found there.” Ms Ferguson said some who called her unit have been directed to the Small Business Development Centre, which, among other things, can provide financing to small businesses and may be a better fit for their needs. 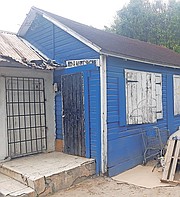 Pete Poitier said he wants to renovate his home, especially the inner structure, which has become “drop down.” However, he said even with concessions, “the money ain there.”

Government officials also stress that the Over-the-Hill programme is bigger than tax concessions. The government wants to create a food market for native products in the area; eliminate outside toilet use by 2025; create an auto-mechanic cluster that eliminates roadside mechanics in residential areas; build a multi-purpose community centre that offers care for children, the elderly and opportunities for counselling and construct a sports complex, among other things.

“The concessions part of the Over-the-Hill programme is just one part of a much broader programme that is really geared towards addressing different needs,” one OPM official said. “There are other things going on within the programme. It’s a multi-layered programme that is the first of its kind on this scale. The concessions, in terms of the application process, it hasn’t been three months yet. It’s kind of like an aircraft carrier, it takes a while to turn. We are collecting data, we are monitoring and we are happy with the progress but it takes time.”

Meanwhile, more than 70 standpipes have been repaired in the zone, which stretches from Nassau Street to Collins Avenue and from Delancey Street in the north to Wulff Road in the south. The remodelling of at least two parks, the Father Marshall Cooper Park in Mason’s Addition and McPherson Park on Hay Street, has been completed and free Wi-Fi will be installed in those areas soon in an effort to tackle the digital divide on the island, officials said.

Still, the tax concessions, first mentioned by Prime Minister Dr Hubert Minnis while he was in opposition in 2014, have been the most touted part of the Over-the-Hill programme since its inception. Several town-halls, broadcast by ZNS, have been held to discuss the concessions.

Mr Moss, 53, owns a tyre shop on Meadow Street and was one of the few residents who has heard about the concessions.

“I spoke to Travis (Robinson) recently and told him nobody feeling nothin’ no more,” he said, referring to the area’s MP. “Everything is foreign, the foreigners get all the real opportunities but there is nothin’ for the small man.”

Mr Moss is renovating his business. He wants to add a restroom and create a waiting area so customers can watch TV and enjoy air-conditioning while he fixes their tyres.

It is the kind of improvement and expansion of property that the Over-the-Hill programme aims to facilitate. But Mr Moss said he has not sought out the available tax concessions. “That ain’ helping me,” he said. “You have 14 percent duty on the tyres, a $3.50 environmental levy tax, then you have 12 percent VAT, all on tyres. If you really want to do something for the small businessman, give us exemptions on that. “Even occasional exemptions on duties or VAT would help.”

Dr Minnis in opposition said a Free National Movement government would exempt Over-the-Hill residents from customs duties on imported materials. That idea was later curtailed – technocrats feared it would cause substantial tax revenue leakages because it would be too difficult to prevent goods bought by retailers within the zone from being sold to merchants outsize the zone.

The government’s subsequent decision to exempt duty only on imported materials used for construction, equipping and completing buildings is seen by some residents in the zone as too limited to make an impact and may explain why only few people have applied for the concessions, Mr Moss said.

“Lots of people come and when you say, ‘this is the price of the tyres,’ they roll back out because they don’t have the money,” he said. “If we could bring in tyres duty-free, I could reduce the average price of tyres by 30 or 40 percent. Only me one work here. I want to bring in someone but I can’t. I work seven days a week. Sometimes I tired. I work here from 8am to 10pm, 11pm at night every day. I suffered a mild stroke in February 2017 because I was overworked but had little time to recover before I had to get back to work and I’m still struggling.”

Yes, yes and yes - this comrade PM doesn't know how talk OverHilliers in straight line. The man's wants to burden the blame on shoulders others whenever yet another his red regime's ill-advised and scattershot harebrained schemes are being exposed for they really are..... temporary prop up fixes for a damaged red shirts regime's gone terribly wrong governing ways, yes, no?

“If we could bring in tyres duty-free, I could reduce the average price of tyres by 30 or 40 percent."

Two quotes from Mr Moss as found in this article. Notice he thinks that duty on tyres at a rate of 14%, if this were eliminated he could reduce tyre prices by 30-40%.

Either he almost triples the amount of the duty and fits this in his tyre markup, or?

He can't think clearly! Perhaps this is his problem, and not what the "government is doing for him".

Seems only the smart and savvy do well in this world, and if you're missing either, no amount of hand outs will get you through.

Chucky, you are being too pedantic. yes, Mr. Moss' calculus may be incorrect, but can we address the larger point, please? Moss's argument is that a better alternative to the concessions (in his opinion) is to eliminate VAT and the duty on tires. Seems to me that this is the argument you should rebut rather than make snarky insinuations about Mr. Moss' lack of intelligence and savvy.

14 + 12 is 26. Thats approximately 30% of the price. Mr Moss doesnt seem too far off. If the tyre is under $60 the environmental levy is another 5%. I have no idea what percentage markup he adds that's the only thing that could throw the calculation off

Well probably struggling to pay business license fees too - government should address that.

The bottom line is government needs to get smaller so they don't need more revenue and hey - try reducing duties across the board by 80% (even if only for 6 months ) and see if things don't improve. Duties are a regressive form of taxation- stifling people's motivation to maintain their properties or create anything.