There’S A Buzz About As Hailstorm Hits Grand Bahama 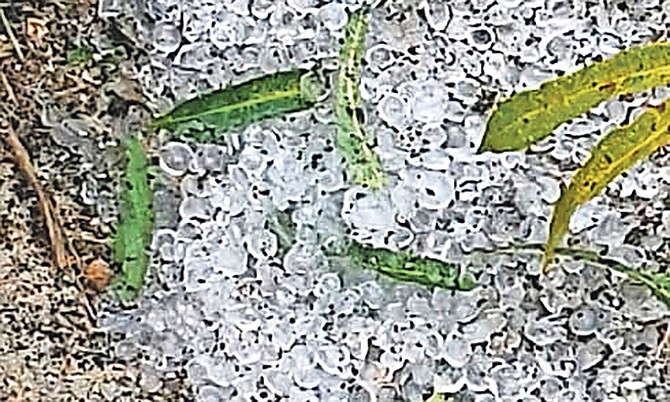 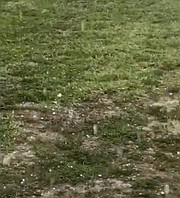 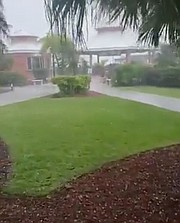 Hail sightings were reported in various parts of the island, particularly in the Lucaya, Port Lucaya, Windsor Park, Malibu Reef and Williams Town areas between 12.30pm and 1pm when weather conditions deteriorated.

The occurrence created some buzz and excitement among residents on the island who posted video and pictures of the hailstorm on social media.

A funnel cloud was also spotted prior to the hailstorm, a weather official confirmed.

“Around 12.30pm telephone reports came in, and looking at the radar around that time there were two cells out there that could have produced the hailstorm due to strong to severe thunderstorms,” he said.

Mr James also reported that a funnel cloud was sighted at 12.05pm.

“This is not a rare occurrence at all,” he said. “None of it occurred at the airport; this occurred far from the airport and we could not see it, but people reported it to us.”

Mr James indicated that hail is not so a rare occurrence for the island and noted that the month of March is usually the time when contrary or strange weather conditions often occur.

He noted that the possibility of severe weather conditions was mentioned in the 6.30am forecast and again in the noon forecast of the chance of strong to severe activity.

No injuries or damage to property were reported.

Yes, yes and buzz around "Freeport" was but a LOI's test of anger showing red shirts locally elected MP's and red appointees to remain on guard experience the dark side of God's character, true?