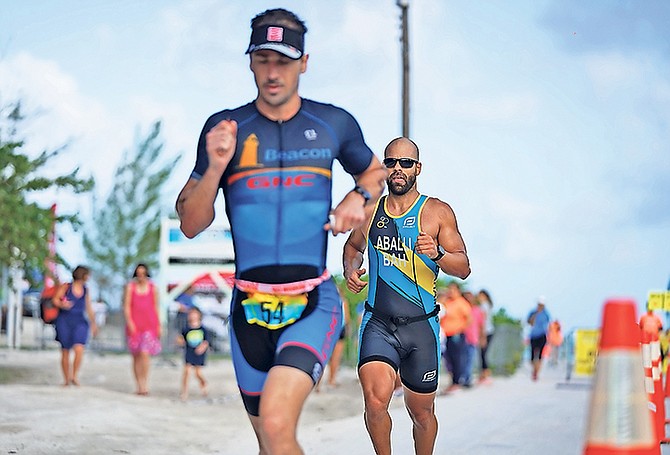 JASON Costelloe, Ralph Wood and Ellen Morgan were among the biggest winners in the Bahamas Triathlon Association’s 2019 National Championships.

Sponsored by Commonwealth Bank, the event also served as a qualifier for the BSA as they prepare the team to represent the Bahamas at the CARIFTA Games. 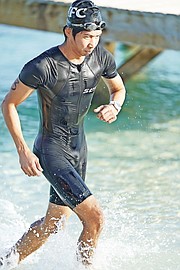 Association president Dorian Roach said the event was a great one and the Olympic Triathlon was quite competitive, while the entries for the juniors far exceeded their expectations.

“We will be sorting out the results from this race and the Sea Waves Beautiful Triathlon to get the qualifiers for CARIFTA over the next week. 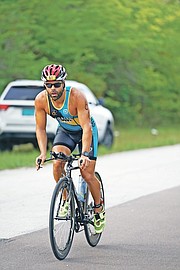 “So it was a great event. We are really happy with it. We got a lot of support from corporate Bahamas, so we are happy with that.

“Hopefully we got some good money to go towards the CARIFTA team and I think that will help us to establish ourselves as a great event for the future.”

With 17 competitors entered in the Olympic Triathlon, Roach said the event turned out to be a real good inclusion in the nationals this year. 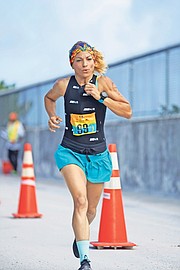 In a showcase of Caribbean rivals, Costelloe pulled away from Bahamian national champion Jorge Marcos to take the title in the newly implemented Olympic Triathlon - comprising of a 1,500 metre swim, 26-mile bike race and 6-mile run - back to Trinidad.

“The race was nothing short of fantastic. This was my first time racing in Nassau and it lived up to its expectations,” said Costelloe.

“The swim was just absolutely perfect, the ride was great and the run was wonderful with the spectators cheering you on.”

“It was good, a lot of fun,” Townend said. “It was a beautiful course. I’ve done a number of triathlons around the world and you can’t ask for a better environment for the swim.”

“I would have liked to have seen more women out there, but there is a core group of us that come out, so we try to push each other along.”

The junior segment of the triathlon saw a number of winners in the various age groups.

The girls’ event was won by Veranique Strachan in 7:44. She was followed by Morgan Pinder in 8:42. McKayla-Grac Wood was third in 8:45. Complete results will be published in another edition of Tribune Sports.

Way to go to all the athletes!! Well done!!