The Importance Of Understanding Blood Pressure - Know Your Numbers 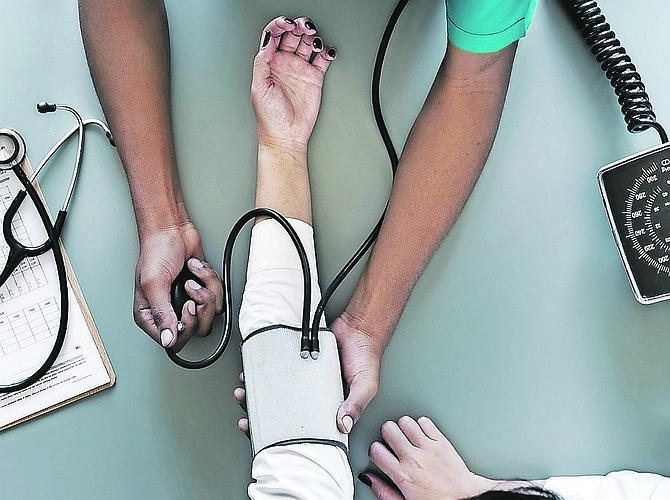 Are you suffering from high blood pressure? In the Bahamas, it’s an epidemic silent killer. A 2006 healthy lifestyle initiative led by the government noted that approximately 21 percent of the Bahamian populace had hypertension. And according to a 2012 PAHO report, the number one cause of death in the Bahamas between 2006 and 2009 was related to hypertensive disease with 688 deaths.

Hypertension, or high blood pressure, is also considered a leading risk factor for disease on a global level, as many individuals may not be aware that anything is wrong while the damage is occurring within the body. Chronic hypertension can potentially lead to serious conditions like stroke, heart attack, heart failure, or kidney disease. For World Hypertension Day 2019, celebrated internationally on May 17, the theme was “Know Your Numbers” – raising awareness about the importance of knowing what your blood pressure measurement it.

Blood pressure is the measurement of the pressure or force of blood pushing against blood vessel walls. The following is a breakdown by Cleveland Clinic of blood pressure variations and what each variation indicates:

The goal of hypertension treatment is to lower harmful high blood pressures and protect important organs, such as the brain, heart, and kidneys. Studies have associated successful treatment for hypertension with reductions in stroke (reduced an average of 35 percent to 40 percent), heart attack (20 percent to 25 percent), and heart failure (more than 50 percent).

Hypertension heightens the risk of developing a serious condition, like the ones mentioned above and others, if untreated. According to the American Heart Association, strokes are four to six times more likely to occur in people with high blood pressure and six times more likely for those with heart disease. Approximately 10 million people die annually globally because of raised/elevated blood pressure, according to the Pan American Health Organisation (PAHO).

“Hypertension can cause serious damage to arteries throughout the body, causing them to burst or clog more easily,” said Dr David Lopez, of Cardiovascular Medicine at Cleveland Clinic Florida, which is part of the Cleveland Clinic health system based in Ohio – a leader in cardiology and heart surgery for the last 24 years.

“A stroke occurs when a blood vessel to the brain is either blocked by a clot (ischemic) or bursts (hemorrhagic). Since the brain controls one’s movements and thoughts, it can affect a person’s ability to think, move and function, and also a person’s speech, memory and vision.”

It is important to discuss an individual’s normal target blood pressure with their doctor and conduct regular blood pressure checks at home. Taking blood pressure management medications as a doctor prescribes can keep blood pressure in check. People with family members who have high blood pressure, cardiovascular disease, or diabetes are at a higher risk of developing hypertension, as well as certain ethnic groups. Inactivity, poor diet, excessive alcohol consumption or smoking are also risk factors.

Other recommendations include practicing stress reduction techniques such as meditation, yoga, sleeping well, and breathing deeply. Aerobic activities such as walking, biking, or swimming can also help control and reduce hypertension. It is recommended to start slowly and increase activity gradually. Activity can be done in 10-minute sessions to add up to 30-45 minutes total.