We Will Rock You - Part Ii: Assembling The Orchestra 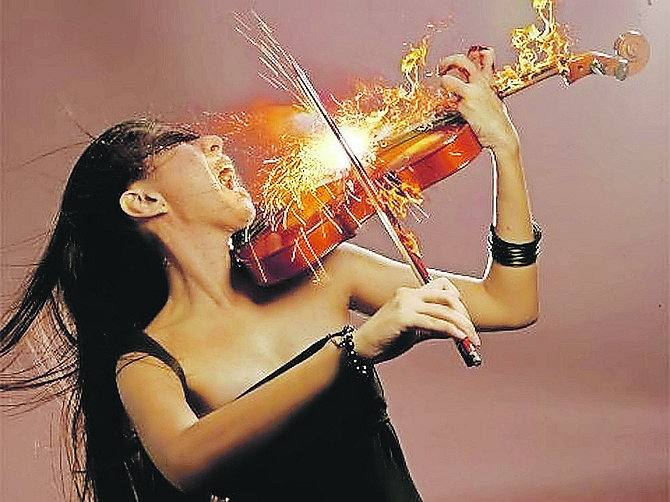 Last week in this column I talked about the significant role older women will take on in the future growth of western economies, both as consumers and providers. Although it is already happening, governments and corporations have failed to acknowledge or take advantage of this. The concept of aging is changing as both men and women in developed nations have a longer life expectancy than ever before. “The Longevity Economy” by Joseph F Coughlin is a factual, easy-to-read and informative analysis, but it seems there is still a long way to go before we get a major shift of the communal psyche to abandon the prejudice and accept this evolution as a modern reality.

Instead of calling aging a concept, we should call it a construct. A construct which has suited society politically and economically up until now but which is narrow-minded and short-sighted compartmentalising more than 50 percent of the population into a role deemed to be of lesser value. It denies individuals and communities the advantage of a wealth of wisdom and experience which women bring to the table. Agism has been added to sexism - a dual disadvantage to overcome. Let’s begin with a radical re-adjustment when we evaluate age. Let’s revolutionise our thinking and our language by seeing our lives divided into three phases of equal value: the first two – infancy and adulthood – being the preparation for the last one. As the poet Robert Browning phrased it: “Grow old along with me, the best is yet to be. The last of life for which the first was made; see all nor be afraid.” We should anticipate it with pleasure knowing that this is a unique opportunity to explore new and exciting ventures and this is our time to enjoy being the best we can be at whatever we choose.

Change, especially radical change is unnerving for many, no matter how beneficial the out-come and power is rarely relinquished readily. But it’s all in our heads; we need to dig in and, believing in our own accomplishments, show that we are ready to take more seats at the table. It will be a question of taking, not one of waiting for recognition and acceptance. How many times growing up were you told that “you win more with honey than vinegar” even when you were being encouraged to be ambitious? Then ask yourself exactly where that got you, got us as women? The answer for many frequently is: still trying to climb the greasy pole.

If we want to succeed in the professional world we will have to work for acknowledgement. We can do this. We will have to push through the male sense of entitlement to the top jobs - there is no logical reason for it nor that cooking, cleaning, childcare and well-being are mostly gender-specific tasks assigned to women and girls. These are necessary life skills for both sexes. Younger and older women will have to carve their own notches on the greasy pole and create their own footholds. Older women will be responsible for leading the way and encouraging others by example because we have now acquired a solid base of marketable skills which can be applied to a plethora of circumstances. The advantages of our maturity are that we are confident, versatile, resilient and generous, more so than when we were younger and perhaps unsure of how to change the status quo; concerned as to how we might be perceived or whether boldness or initiative might become the pejorative “aggressive woman”. We can no longer be intimidated, manipulated or manoeuvred; we have far less tolerance for obfuscation; and I think have a greater desire to lead and expand our own horizons rather than follow previously defined conventional role-playing.

Some of us are old enough to remember these words of Rhett Butler to Scarlett in “Gone with the Wind”: “Frankly my dear, I don’t give a damn”... and mean them. I hear the orchestra tuning up for the overturel it’s time to stop standing in the wings and take our places where we belong – on stage in the front row.