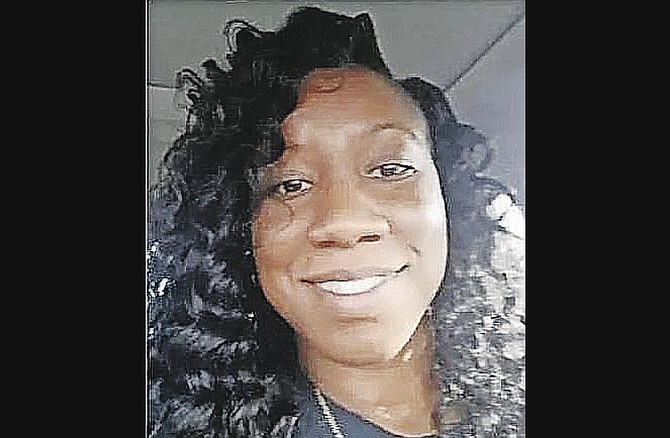 THE murder of a Bahamian educator in Miami, Florida has shaken her family at home in Nassau.

The victim was 41-year-old, mother-of-two, Kameela Russell who was last seen alive by family on May 15 in Miami.

Her mother, Linda Russell, and other relatives gathered at the family home yesterday awaiting more information from US police on their investigation.

Miami police found Mrs Russell’s decomposed body in a canal last Saturday, a few blocks from where she disappeared. According to Miami officials, the cause of death was a blunt head injury and the matter is now being treated as a homicide.

Hazel McKinney, the victim’s aunt, said the murder was senseless and an extremely painful blow to their family.

Ms McKinney told The Tribune: “Kameela was gentle, soft spoken with a heart for underprivileged and hurting children. She’s the only child of her mother and the first of my deceased brother Michael Hall.

“She always had a smile and always seemed so full of joy. She’s an accomplished violinist and played in Carnegie Hall.”

Ms McKinney said she hopes the murderer is captured and immediately removed off the streets, so this tragedy doesn’t happen to another family.

She said: “I hope [the murderer] finds Jesus in all this because they clearly need Him and don’t have Him. I can’t imagine what her mom and children are experiencing now but I know they need our prayers. No one knows the pain they are experiencing now and the myriad of emotions going through that sweet mother’s soul now.

“She didn’t deserve that death but she’s resting in Jesus’ care now until a more glorious day and I pray our family heals from this quickly.”

Meanwhile, Ms Russell is now said to be caring for her murdered daughter’s children, who are six and 15-years-old.

As news of the discovery spread on social media earlier this week, many friends and loved ones expressed their grief.

He posted to Facebook on Wednesday: “We ache for Kameela Russell’s grieving loved ones and pray they find the strength to bear the pain of this heart-breaking loss. District crisis team has been deployed to Miami Norland Senior High School to help students and staff during this difficult time.”