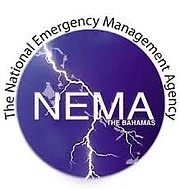 THE National Emergency Management Agency (NEMA) on Friday urged Bahamians to be aware of their level of preparedness as international forecasters officially announced projections for the 2019 Atlantic hurricane season.

Hurricane forecasters are predicting an average of nine to 15 named storms, of which four to eight are expected to intensify to hurricane strength, with a chance of two to four becoming major storms - category three or higher.

Director of the Bahamas’ Meteorology Department Trevor Basden presented the forecast from figures published by the Colorado State University (CSL). The hurricane season runs from June 1 to November 30.

Mr Basden said: "For the last 11 years, we have had eight named storms in May so again it just takes one tropical cyclone to affect an area and that is devastation enough...again we are advising the general public to be prepared.

"The project speaks to five doppler radar installations so we have three of the five and the other installations will be in Mayaguana and Ragged Island. How we have these radars strategically placed, the whole entire Bahamas will be covered and also supporting that we have invested in automatic weather observation systems."

He added: "We will be able to give very precise indications of hail, tornadoes, water spouts, any severe weather whether thunder, lightning and the like so at the end of this project we will have state-of-the-art coverage of any weather system in The Bahamas."

Captain Stephen Russell, NEMA director, said their aim is to ensure that the entire Bahamas is prepared to respond to any form of man-made or natural disasters particularly as we approach the 2019 hurricane season.

He said: "Our theme for this year is be prepared, Bahamas. The islands of The Bahamas have been impacted with seven major systems over the past 20 year. We probably had as much as 15 or more major systems of hurricanes that impacted the archipelago.

"We are aiming to ensure the country is resilient to be able to better withstand these major hurricanes that are coming."

Chrystal Glinton, NEMA deputy permanent secretary, said during the month of June the agency reminds the public of the importance of being prepared. She said: "For the last 15 years we have reminded the public to be prepared for the hurricane season.

"From the 17th through the 29th, we are going into the schools - primary schools, in particular. We are going to distribute preparedness material because we realised that from the cradle to the grave once we inform children, they will ensure that their parents are reminded to be prepared.

"On Saturday, June 29, we are going to have a float parade throughout the island between the hours of 10am and 3pm. We are going through the areas of Bain and Grants Town, Kemp Road, Englerston, Coconut Grove, Elizabeth Estates, Fox Hill and Pinewood Gardens. We are going to distribute preparedness information and material."

In 2015, the southern Bahamas was affected by hurricane Joaquin. In 2016, New Providence, Grand Bahama, Berry Islands, North and Central Andros were affected by Hurricane Matthew. In 2017, Hurricane Irma affected the southeast and northwest Bahamas.

Vat on corned beef. Tuna is vat free. The southern islands still haven’t been rebuilt. And most of the Caribbean is still in hurricane recovery mode. Even parts of Grand Bahama has still not recovered fully from Hurricane.