Face To Face: Denise Is Breaking ‘The Chain’ Of Sexual Health Ignorance 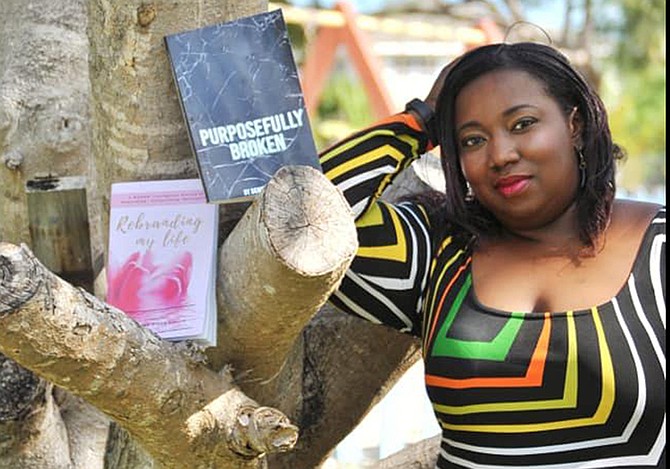 Denise is now the author of two books to help inspire others to live their best lives.

Bahamians know their country consists of a small population. Take a look at any Bahamian and a fellow citizen would either know them, one of their family members, or someone connected to them… for the most part. It is a casual joke that ‘sweet hearting is a Bahamian past time’. But not enough Bahamians seem to acknowledge these realities are the very reason why sexually transmitted diseases (STDs) continue to prevail in our society. Denise Major is doing something about it. She calls this link that connects us sexually “the chain”, and she is working hard to break it in order to help reduce the rate of HIV (human immunodeficiency virus) and STDs in The Bahamas.

“If I am going with Tom, and Tom is also seeing Sally, Pam and even John on the side, then it’s just like I am sleeping with all of those people, and all of the people that those people are sleeping with,” Denise explained.

“Even if Tom and I are monogamous, if we fail to get tested before we begin having sex, then we are still exposing ourselves to diseases that we may have from our previous partners. We don’t know our sexual status coming into the relationship. The only way to know is to get tested. 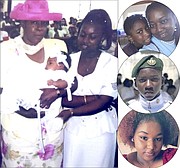 “When we joke about sweet hearting, what does that say about us? It says we are aware we are putting ourselves at risk and we are casual about it.”

There are about 6,000 documented people in The Bahamas currently living with HIV. Since 1985, there have been more than 5,000 AIDS (acquired immune deficiency syndrome) deaths. Many more may be carrying and even spreading the virus because they have not been tested. Based on “the chain” concept, many others can be unknowingly affected.

“Break the Silence, Break the Stigma, Break the Chain”, a special event to be held on December 1 - World AIDS Day - will address this issue through Denise’s organisation, The Empowerment Group. Denise will address as CEO and Founder of the NGO and will be joined by Glenise Johnson, an Epidemiologist at the Ministry of Health.

“You, me and STDs: We’re all closer than you think” is the motto and main topic of discussion this World Aids Day this coming Sunday from 6 to 9pm at Fiona’s Theatre, National Art Gallery. Other presenters from the Crisis Centre and Maternal Child Health will speak. There will be free testing and counsellors will be in place whether tests read positive or negative. There will be games and prizes for attendees.

Although much information is available on HIV and AIDS - and the red ribbon is recognised everywhere - there is still a stigma attached that makes people with the virus afraid to talk about it and get the support they need.

“People living with HIV are still living in fear of being discriminated,” Denise, who daily works with them, says.

“HIV is a disease that you can live a normal, healthy life with. The key to being healthy is to be on medication and take care of yourself. It’s just one pill a day. We have children that are being made fun of and discriminated against. Some have trouble getting jobs when they live normal healthy lives. HIV is no different from diseases like diabetes, meaning it can be managed with medication, following doctor’s orders and living a healthy lifestyle.”

Denise founded The Empowerment Group because of her own life struggles that she has been able to overcome. When she was 16-years-old, she gave birth to a baby girl.

“It can happen to anyone; I was an honour roll student,” she said.

“If someone told me how not to get pregnant, it wouldn’t have happened. No one sat down and said, ‘This is what family planning looks like. This is how you prevent a pregnancy’. So, we work with at-risk women and girls, building their self esteem and helping them make informed choices as it relates to sexual activity. We are involved in teen pregnancy prevention, gender-based violence, and HIV/ STD prevention.”

“Having the experience of being a teen mother myself, I realised there are things lacking in our system that young girls need to thrive and survive when they find themselves in certain situations. Rather than dwelling in that bad choice, The Empowerment Group was founded as a resource to help young women to get past this one incident in their lives.”

When the NGO was founded in 2010, the PACE school for teen pregnancy mostly focused on getting the girls back in school, Denise said. For that reason, her group provided resources for girls who did not want to go back to school. Some were connected with the Bahamas Technical & Vocational Institute (BTVI), and others were connected with human resource experts who helped to prepare them for job interviews and helped them land entry-level positions.

After having the baby, Denise attended PACE and then graduated from RM Bailey. She interned at the Nassau Guardian and was then hired there after graduation. She and Arthia Nixon, who was at The Tribune, became the two youngest reporters in the media corps at the time.

While at the Guardian, Denise found herself in an abusive relationship: “I would come to work with swollen eyes and bruises. My fellow reporters Vanessa Clarke and Lindsay Thompson, who was a Crisis Centre volunteer at the time, pulled me aside. They helped me to get out of the relationship. I got lots of help from the Crisis Centre, and that is part of the reason why I volunteer today.”

Denise went on to work at CLICO Insurance in the Public Relations department, but when CLICO dissolved, she was left without a job. She had just had her third child, and decided to become a volunteer. That eventually evolved into her non-profit, which she actively continues while engaged at the Ministry of Health.

Her NGO annually hosts “Love Smart” school tour. Love Smart goes into schools throughout New Providence and the Family Islands. It talks to teens about dating violence – something one in three teens are affected by.

“We talk to boys and girls because of late, our girls are becoming more aggressive,” she said.

“There is emotional abuse, verbal abuse and in some cases, physical abuse. We teach these kids to talk to a trusted adult. Often, they go through things and feel they have no one to talk to. They don’t go to their parents for fear of their disappointment. Because of this, a child may have an STD and not say anything for years until they are old enough to get checked out on their own; they don’t know how to say mom or dad, I have an itching or burning down there. We also host parenting sessions so that we can all figure this out together and get back to the village raising the child.”

Denise has a lot to be proud of. Not only did she overcome teenage pregnancy and get out of an abusive relationship, she has three lovely children. The daughter she had as a teen, Deneisha will be 20 years-old in December. She is a chef at Sandals Resort and is attending the University of The Bahamas where she is working on her culinary degree. Her son, 14 year-old Rickai is a Senior Lieutenant in the Royal Bahamas Defence Force Rangers Programme. Her ten-year-old Rickia loves digital media, taking photographs and videos.

“I am now being the adult that I needed when I was a child,” Denise explained.

“I am now being the sister I needed, the mentor I needed during the turbulent times of my life. I am doing it from the perspective of having gone through what these kids are going through. I know what it is to be a teen mother; to be rejected; to be looked at as nothing; to be judged; to be told you wont be anything because of your mistakes; to be in an abusive relationship and feeling all alone, not knowing how to get out. It is easy for me to be what they needed because I experienced it first hand.”

Denise has written her life experiences down in two books: “Purposefully Broken” and “Rebranding My Life” – both of which can be found on Amazon.

The National AIDS Centre (NAC) reveals that AIDS was first diagnosed in The Bahamas in 1983. By 1985, the first round of HIV testing was made available. In 2002, Highly Active Antiretroviral Therapy (HAART) was introduced to the country, and the National HIV/AIDS Centre was commissioned. In 2016, introduced its “treat all” policy. The World AIDS Day international hashtag is #ROCKTHERIBBON. It is designed to encourage everyone to wear the red ribbon and let infected people know they are not alone and won’t be discriminated against because of their status.