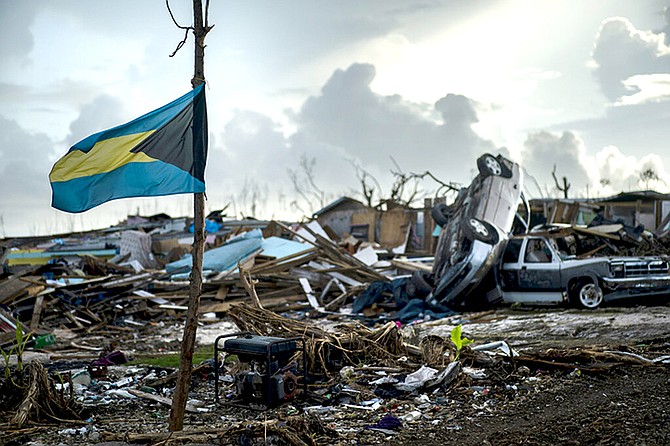 POLICE in Abaco have recovered the remains of one unidentified body in the Mudd, bringing the official death toll to 70 post Hurricane Dorian.

In a statement released on Friday, the National Emergency Management Agency (NEMA) said the body was found on November 26.

The death toll is expected to grow as crews continue to clean up debris from the affected islands.

National Security Minister Marvin Dames said in October that police have reports of 282 people still missing, the majority of them from Abaco.

And, as it relates to those persons living in the shelters, the Department of Social Services reported on November 24 that 585 people remained in shelters in New Providence, with 457 in Kendal GL Isaacs Gym and 128 at Bahamas Academy.

However, Minister of Social Services Frankie Campbell confirmed to reporters on Monday that the government is hoping to have those shelters closed by the end of the year.

“From day one, we wanted to deactivate shelters as soon as practicably possible…we see numbers in our shelters decreasing to the point where I think it is now less than 600,” he said.

“We’re hoping that by the end of the year before the holidays that we could have all of those persons successfully transitioned back to an environment that they’re familiar with.”