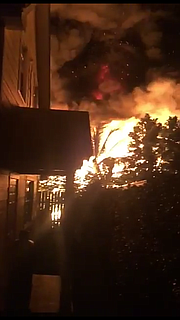 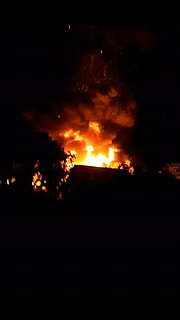 AT LEAST two buildings were destroyed in a blaze Wednesday night after a gas station erupted into flames in Harbour Island.

Firefighters were still tackling the blaze at around 9.30pm. Fire Chief Walter Evans said he did not know if the destroyed buildings were homes.

A large quantity of fuel from a fuel truck was involved. Investigators will fly out to the scene Thursday morning.

Did they ever get the fire hoses to work or did they just have to stand by and watch the buildings burn?