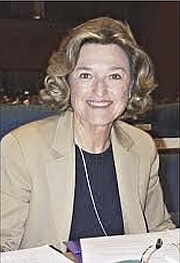 The committee, in a statement issued in response to The Bahamas’ one-notch fall to 119th in the World Bank’s ease of doing business rankings, said the limit placed on the number of documents that can be recorded in one go made it difficult to improve this nation’s 181st out of 190 countries rating on property registration.

As for the other area where The Bahamas fared poorly, its fall by eight spots to 152nd for access to credit, the committee said the commercial banking sector had blamed this on “constraints” imposed by regional and head offices.

Still, the committee chaired by Lynn Holowesko said it was “difficult to accept” The Bahamas decline in the World Bank rankings given that it had improved in five of the categories assessed by a combined 77 spots.

Given that it only dropped a collective 22 places in the three areas where it ranked worse, the committee argued that the net 55 ranking improvement deserved a better fate than The Bahamas received.

The biggest decline occurred in the “registering property” category, but the committee’s statement echoed K Peter Turnquest, deputy prime minister, in arguing that the World Banmk had misunderstood the real estate transfer tax structure as a result of multiple switches between VAT and Stamp Duty.

“Despite The Bahamas improving its country rankings by a net 55 places, its overall ranking fell by one place, primarily due to the fact that the World Bank’s data indicates that the cost of registering property increased from 4 percent to 12 percent between years, when in fact there has been no change in the combined rates of stamp duty and VAT associated with registering property,” the committee said.

“Had the World Bank’s data reflected that there had been no change in the cost of registering property, The Bahamas’ overall ranking would have improved by 11 places relative to last year, instead of declining by one place.”

Acknowledging that property registration and access to credit had been “of great concern” to the committee and its members since they were appointed, it urged that greater focus be placed on the Registrar General’s Department given that it is the hub around which all real estate transactions, company returns and incorporations occur.

“The national ease of doing business committee met with the Registrar General in the fall of 2017, leading to numerous recommendations being made to Government to improve the Registry,” the committee said. “Several of those recommendations were implemented, particularly as regards company formation and online access to corporate documents.

“However, as long as a limit remains in place on the number of documents that can be presented for recording at one time, it is difficult to see how significant improvement can be seen in registering property.

“As well, the time lapse between submitting a deed to be recorded and collecting the recorded deed involves several weeks, and sometimes many months, before a recorded deed can be collected by a law firm or a member of the public.

“In 2017 the committee noted that the Registrar is critically understaffed and required more qualified personnel. Government has many priorities, and its timelines for improvement in all areas of doing business have, at times, been undermined by external pressures.

“However, the committee is of the view that the needs of the Registrar General’s Department must be a priority if we are to improve doing business in The Bahamas.”

Mr Turnquest, in response, said yesterday: “We are going through a whole process of land reform and a digitisation of our records. All of that we anticipate will result in the modernisation of the land registry and how land is conveyed and titles are transferred. I know that software has been sourced but, as of the timing of it, I will defer to the Attorney General’s Office.”

Meanwhile, when it came to access to credit, the committee added: “We understand that much of the constraint in banking operations comes from head offices in other countries. However, there would be few business people or ordinary citizens who would say that banking in The Bahamas is an efficient or straightforward process.

Calling on the Government to match its commitment to implementing reforms and improvements, the committee said this was crucial “if we are to convince the world we are open for business and closing the gap with developed economies in ease of doing business”.

It added: “The horrendous impact of Hurricane Dorian is felt by us all. However, one of the immediate ways to help our country recover from this monster blow is to make business in The Bahamas less costly, more friendly, less time consuming and much easier.”

I get the technical idea behind the credit bureau improving access to csputal, but will it really in our environment? Our issue isn't credit worthiness it's that the majority of persons don't have collateral. even credit worthy people will be asked to provide collateral

....the World Bank had misunderstood the real estate transfer tax structure as a result of multiple switches between VAT and Stamp Duty.

Just more excuses from the political elite who refuse to take responsibility for anything. Responsibility for miscommunications and misunderstandings like the one quoted immediately above properly rest with Turnquest and Holowesko in this particular case, notwithstanding all of their very long winded duckin' n dodgin' efforts.