Families Left In Mourning After Series Of Shootings 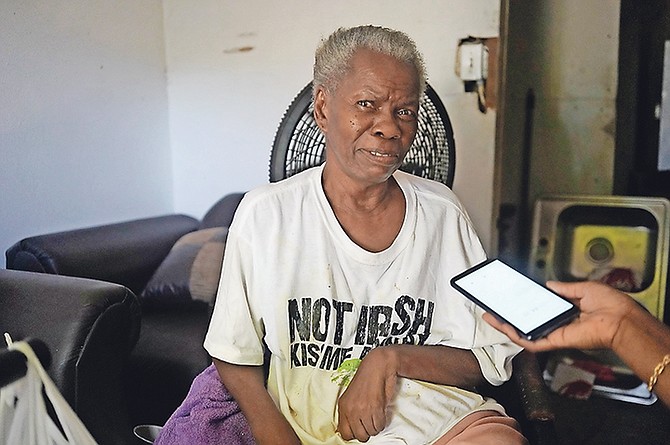 SEVERAL families are grieving after their loved ones were murdered in five separate shootings over the weekend.

While police have released scant details about the spate of violence, The Tribune spoke to relatives of the deceased who are trying to understand the motives for the killings.

On Saturday, police reported that they were investigating four separate shooting incidents that left four people dead and eight others in hospital.

Police have also reported that a man who was shot while on St Alban's Drive on Sunday later died in hospital.

The Tribune understands three of the deceased men are Antonio Rolle, 32, Dwight Miller, 35, and Marcus Sweeting, 41, however their identities were not released by police.

Outside of his Fox Hill home yesterday, Alfred Rolle described his nephew Antonio as a "nice person."

Mr Rolle said: "We are taking it hard, yeah we feel that. He was an all right man. His girlfriend and his stepson taking it hard too. He used to provide for his girlfriend's son too. He was a nice person but sometimes he got into little arguments, but he was an al lright person. He was cool with all people in the area.

"I really hope the police find the person who did this because my mommy, that's her grandson… her favourite grandson, she is taking it hard. He doesn't stay out late, he stop staying out late because he has three kids."

Mr Rolle said he suspects his nephew's shooting may have been gang-related.

"I feel like this is some kind of gang to do and the type of person he was, he wasn't into those kinds of things. He knows how it is with us, we grew up under a Christian mother and she don't be into all of that badness. She didn't like people cursing and carrying on in her yard, sometimes she would run some of his friends," he explained.

"She told him all of the people he around isn't his friends. Some of them was against him and hating on him on the low. He was humble, he would help anyone, an old person, boy or girl. He would help he was that kind of person."

The Tribune canvassed Key West Street yesterday and found the mother of another man who was shot dead on Friday.

Sylvia Musgrove, mother of Dwight Miller, said her son was a "quiet person, but loved to laugh."

Ms Musgrove said: "We laughed plenty. My family is not doing too well but I cope because I believe in the Bible, I walk with the Bible so I can cope.

"I'm 76 years of age and I don't fall for nothing. I have nine living children, now when they do wrong, I say in the name of Jesus y'all stop because it's not right. I don't compromise, I tell you like it is. I feel it but I trying to stay calm."

Ms Musgrove said she believed the father-of-one died because he was envied by many.

She said: "My son was humble and quiet. No matter how quiet you are, people still hate you. People envied my son and anytime you be a person of standards and you stand for what you mean, people hate you."

Marsha Woodside the aunt of Marcus Sweeting told The Tribune outside of their Pinewood home, he was a "humble man."

Ms Woodside said: "He was one of my favourite nephews...I basically was one of the people who took care of him because his mother was living in the States. Marcus was a humble soul, everyone around here knew him. He had a little disability with his foot. Everyone through here knows him."

She fought back the tears and said: "It's hard because it was me and him who took care of his mother. His mom had a stroke last year and she is paralysed on one side and it's really hard because I miss him. He was like my hand and foot."

With tears in her eyes, Ms Woodside shared her last encounter with her nephew, adding, the way he died was tragic, but she is at "peace."

"He went to work with my brother and that evening Marcus came home I told Marcus I was going to cook shrimp fettuccini for him... I said please don't go nowhere out the yard this evening. I went in my room and dropped sleep when I got up about 8.30pm and I went to his mommy room and I asked for Marcus," she explained.

"(His mom) said he went (down the road to a friend.) . . .His mother said he was coming right back... That was the last time I saw him... until about five minutes after the shooting. I was on the floor, scared to even get up."

On Wednesday, police confirmed a man was killed in Eight Mile Rock, Grand Bahama. These killings bring the murder toll to 69 for the year, according to this newspaper's records.