All Sides Agree 4m Site Plan Approval Should Be Quashed 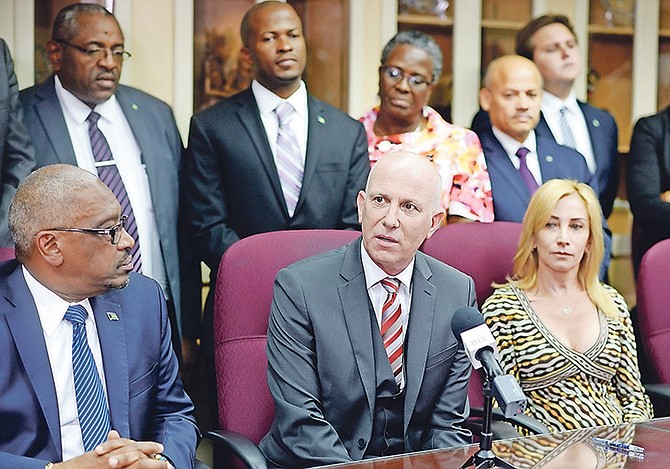 THE approval the government gave a Harbour Island developer to construct its multi-million dollar project on that island was unlawful, the Supreme Court heard yesterday.

Amid confusion about the way applicable legislation has been drafted, they all agreed that the site plan approval for 4m Harbour Island should be quashed.

What happens now will be decided by Justice Diane Stewart. She is expected to say what law, whether the Town Planning Act or the Planning and Subdivision Act, applies to applications and approvals for the project. She made no suggestion that the developer failed to follow proper process.

In the meantime, an injunction remains in place prohibiting the development from proceeding. The injunction was sought by a group of Harbour Island residents that oppose the development and filed a judicial review application in August pertaining to this.

The group's lawyer, Gail Lockhart Charles, invited the court to find that either it was an error for a permit to be issued pursuant to the Planning and Subdivision Act or that key provisions for issuing the permit under the law were not satisfied before the permit was granted.

Robert Adams, representing the developer, argued that the act in question does not apply at all while David Higgins, the assistant director of legal affairs in the Office of the Attorney General, argued that the act does apply but that the power to grant approval under it was exercised by the wrong body, the Town Planning Committee, as opposed to the right body, Harbour Island's District Council.

Harbour Island's District Council members came out in full force in favour of the development yesterday.

Martin Lee Grant, public relations officer for the council, said five of its seven members paid for themselves to attend the hearing because of the development's importance to their island. A small minority of people on the island oppose the development because they are afraid of the competition it will bring, he said.

"Michael Wiener (the developer) is about to make a new scenery and jobs for Harbour Island," he said. "For far too long a small, minority group has been controlling Harbour Island. We have young kids studying culinary and tourism who can now have an opportunity to come back home to work in Harbour Island for a reasonable wage."

Mr Grant said of the 920 registered voters on the island, almost 800 have signed a petition supporting the development.