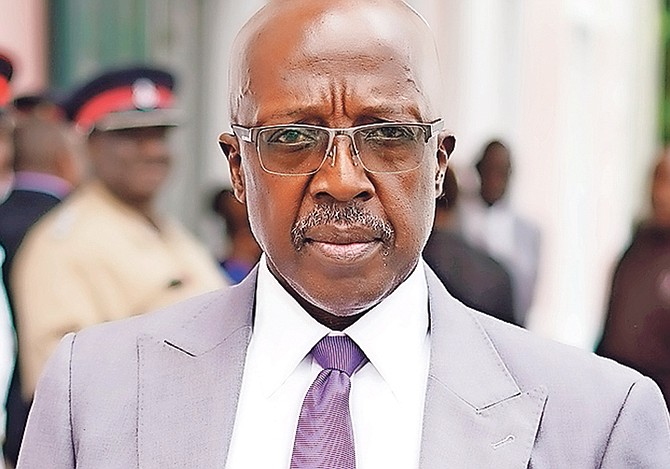 THE anticipated start of former PLP Cabinet minister Shane Gibson’s bribery trial was put off yesterday due to the development of certain preliminary legal issues, The Tribune confirmed.

Details were scant, as the issues were raised in a closed hearing before Justice Carolita Bethel yesterday morning. However, The Tribune understands that the parties will return to court today to argue those legal points.

The empanelling of the jury, which was expected to take place yesterday morning, did not happen, The Tribune was advised. However, jurors are expected to return to court on Thursday morning.

The number of bribery and extortion related charges were later decreased to 31, although the amount he was alleged to have solicited from Mr Ash remained the same.

The Crown later announced its decision to drop all the extortion charges against the former Golden Gates MP, with Director of Public Prosecutions Garvin Gaskin stating at the time that the decision was for the Crown to devote a “singular and simplified focus” on Gibson’s bribery charges.

About an hour after his initial arraignment in 2017, Justice Cheryl Grant-Thompson granted the former Golden Gates MP $40,000 bail with two sureties on the condition he does not reoffend and attends his trial.

In June, Owen Wells, a member of Gibson’s legal team, indicated his client’s desire to have Prime Minister Dr Hubert Minnis give testimony in the matter. At the time, Mr Wells said Dr Minnis has information that is “vital” to the defence’s attempts to stave off the 16 counts of bribery against Gibson.

Mr Wells said the defence has requested the Crown to make Dr Minnis available as a witness. However, he said given the position the Crown has taken on the issue, Dr Minnis may have to be subpoenaed.

In response to Mr Wells’ statements, Justice Bethel, who inherited the case after her fellow judge, Indra Charles, recused herself in May, said Gibson’s attorneys should endeavour to ensure that Dr Minnis has “something to offer” from an evidential standpoint.