Tropical Storm Karen May Start Moving Back Towards The Bahamas 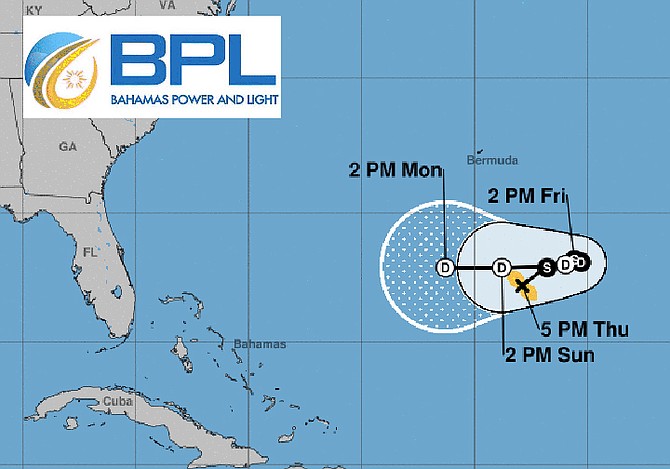 UPDATE: Pictured above is a Thursday 5pm tacking map from NOAA.

WEATHER officials are keeping a close eye on Tropical Storm Karen, telling The Tribune it was too early to definitively state whether the country would be directly affected by this weather system.

Geoffrey Greene, chief meteorologist at the Department of Meteorology, said by early next week experts should have a better understanding of what to expect from Karen.

“So as that happens we expect that early next week we would maybe have to put out some warning for The Bahamas if it continues to move in our direction.

“If it makes a turn towards the north, again then we would have to put something out. It all depends on when it starts to make that move.”

Mr Greene said it was too early to say what portion of The Bahamas, if any might, be affected.

“So it will be early next week when we will be able to tell you whether we will have to issue warnings for The Bahamas.

“Right now they have it projected to be a tropical storm and then make that turn towards the west again. That’s only a projection and that’s several days out so that may be incorrect. It could be a hurricane by that time but that’s what’s projected for right now,” Mr Greene said.