Domes Handed Over In Abaco 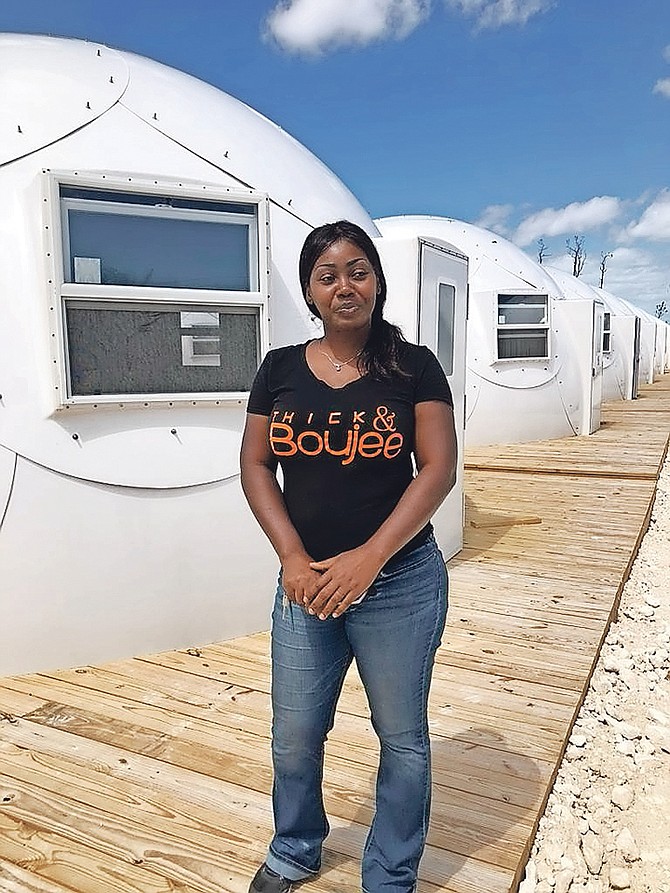 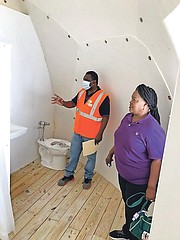 THE first temporary domes were handed over to families in Abaco yesterday as part of recovery efforts following Hurricane Dorian.

The Bahamas Disaster Reconstruction Authority handed over the domes in Spring City to eight families.

The authority identified 32 families in Spring City who met the criteria for temporary housing.

“We are very happy that the residents of Spring City were able to receive keys to their domes today,” said Katherine Forbes-Smith, managing director of the authority.

“Some of the residents are not on the island but we do have a list of names of 32 persons who have been contacted and will continue to be contacted over the next two days.

“This process has been a long and difficult one for many people whose homes have been destroyed. I think they were very happy to receive these domes because for the persons who live in Spring City, they want to be able to live close by their homes so in the rebuilding process they can keep an eye on their homes while they are rebuilding.”

The domes can accommodate four to six people.

John Michael Clarke, chairman of the authority, said: “They are built for extreme environments, able to withstand 180-mile-per-hour winds and have a functional life of 40 to 50 years.”

Victoria Archer was one of those to receive her keys.

“I really appreciate it. And whoever had their hand in this, I’m thankful and grateful,” she said.

Natalie Hepburn McCardy signed up for a dome shortly after the storm.

“Today is a very good day, a special day for me because I have been hoping and praying that this day would come true,” she said.

Learn never believe photo ops directed and orchestrated by Erica up in PMO!
I say "um" whilst typing me post cause I nervous the 24 other off out island may be back in another far away Homeland awaiting their Abaco MP's to call with the good news that they Dome's front door keys awaits their arrival back on out island. Can't make this shi# up. Just, can't. Nod once for yeah, twice for no?

… a wasted $6 million dollars considering the hurdles this country has to face!! Hurricane season is right around the corner!

My friends, it has been an interesting few years. However, it is now time to throw in the towel, for good.

I noticed this morning that 5G equipment is being trucked around Nassau, preparing to install (at least someone posted pics). This may or may not be true, and I do not want to spread false information - and so I state firmly that this info is not confirmed. However, I myself trust the source and believe it is happening.

This is clearly being done without consultation of the people, and it appears they are using the Chinese equipment too. Absolute insanity here.

We in this country have NO VOICE, and NO INPUT to anything that takes place. We just show up every 5 years, like fools, and vote "the other party" in - which was just in a few short years ago. Why did we vote them out in the first place, knowing full well that we will simply put them back in again before long?

All of this typing on here, is useless and makes absolutely nothing change. I intend to keep my fingers (and especially my thumbs) clean from now on.