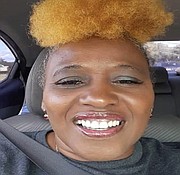 CORONAVIRUS fears on the Family Islands have heightened now the country has recorded its first COVID-19 death of a Bimini woman, officials told The Tribune yesterday.

This comes after Prime Minister Dr Hubert Minnis on Wednesday urged Family Island residents to stay home, after revealing that Kim Johnson-Rolle, a 57-year-old Bimini resident who died in New Providence Monday night, had tested positive for COVID-19. There are now 24 confirmed cases of infection.

Marlon Leary, the administrator for Inagua, said while residents on his island were taking the COVID-19 threat seriously long before it spread to the country, many locals are now on high alert as a result of the prime minister’s latest statements.

“The concern level is very high now but we’ve prepared the best way we can because like I said, all of the various essential governments and departments - everybody is on high alert and like I said from the 1st of the month, even before the curfew, we all already had our protocols and stuff like that,” he said.

“(But), everyone is hunkered down for the most part, staying indoors and doing the best they can because you know of that level of concern.

“So, for the most part, we’re doing what we have to do and we’re hoping for the best but in the meantime, we have prepared as best as we can here and you know the health staff is very small.”

After the country recorded its first COVID-19 case last month, Dr Minnis implemented several strict measures to prevent the further spread of the virus, including a national curfew and the suspension of certain services.

However, the prime minister has since tightened those measures and extended the country’s state of emergency orders from March 31 to April 8.

Speaking on the matter yesterday, Mr Leary said most Inagua residents appear to be complying with the rules issued by the prime minister, adding that police officers have had no problems since the curfew was implemented.

As it relates to the island’s COVID-19 level of preparedness, Mr Leary said officials have several measures put in place.

“(At) the Ministry of Health, we have a small team. We have one doctor and two nurses. They’ve identified two areas right on the compound, the clinic compound if we need to quarantine anybody.”

However, if a suspected COVID-19 patient required serious medical attention, he said: “The only thing we can do is alert officials in Nassau, the Ministry of Health officials and see how best they can deal with the situation and find a plan to come and airlift that person.”

Still, he said, everyone is hoping that the island will not have a COVID-19 case as officials are constantly informing the public on the importance of social distancing.

“So, all in all, the message is out to the public.

“We went on social media, passed the message out, me and the police officers. And then we have two radio stations here and we pass out information on them and we let persons know that the best cure is prevention.”

Also echoing similar sentiments was Cat Island administrator Neil Campbell, who said officials were utilising the internet as a tool for communication.

Noting the island to be a very tight knit community, Mr Campbell said the community has been preparing for the virus by coming together and assisting where needed.

“As far as sanitizing the island, we sprayed up all the buildings, school yards, playgrounds, the bank, food stores, churches also our team treated for vermin and other rodents.”

And, in the event of an emergency, he said: “We have several persons on the island who have private planes and also, we have a private sort of commercial airline and…just as time passed before this outbreak, if we had emergency flights and once they received clearance, they always flew persons out.”

Meanwhile, Ivan Ferguson, administrator for Exuma and Ragged Island, added: “In light of the recent death, it has really increased more awareness of the importance of following all of the directives.

“I could say that Exumians are more concerned now about their safety than in the past. They are adhering to the emergency order. I’m comfortable that we have enough food and essential items on the island… (and) health officials have officially identified a venue for the purpose of isolation.

“I think we have prepared the best way we can.”