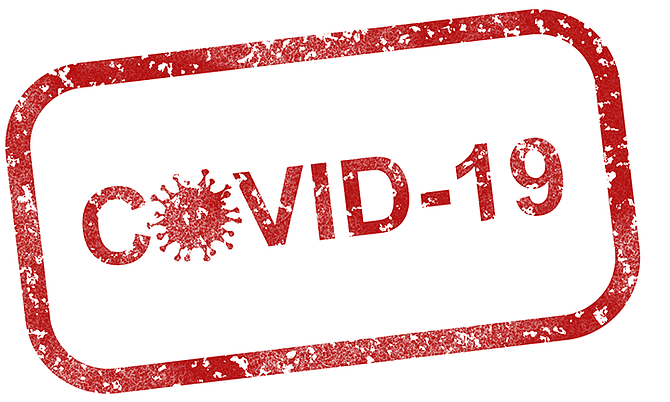 COVID-19, or what some health experts and those on the frontline have begun referring to as “the beast”, has infected over a million people worldwide and taken the lives of nearly 70,000 people – a 100 percent increase in just a week. Of those dead, some of our brothers and sisters were also taken from us in another week highlighting a disregard by some of the guidelines put in place by the government to save our lives.

One of the most frustrating aspects of this virus is that it requires us to be reliant on others. What we fail to appreciate as a collective is that what I do doesn’t only affect me or my family. It also affects you and yours. And from time immemorial, what has been characteristic of Bahamian people is an “all for me baby”, “gimme me”, “look out for number one” type of mentality. Now, here it is, such a mentality compromises us all to the point of death.

Our nature to disregard the laws of the land continues to cause a wide dismissal of the severity of this issue. Since the outbreak, far too many people have chosen to put their individual needs above their fellow citizens. Giving grace to those who seriously have no choice to move about, that can be understood. However, those of you – and you know who you are – who refuse to heed what has been advised do a great disservice to your country.

You all should be ashamed of yourselves.

Say what you want about Prime Minister Minnis’ leadership, the fact remains there has been no prime minister in our country to ever be tested like this. None of us would want to trade lives with him, as the responsibility is so great. Worse, when your citizens continue to put themselves and others at risk, one can only imagine that it is like a shepherd leading a herd of wayward sheep.

What must happen for us to get the picture? The threat of potentially getting a virus that has been rapidly killing people and causing suffering to those able to endure has not been enough. Neither is the fact that economies, including ours, have collapsed, making life that much more difficult.

None of it has been able to scare the people who continue to ignore the potential outcomes of this deadly virus.

If that isn’t disheartening for a prime minister fighting to save the lives of people too ignorant to save themselves, then what is?

The fact that Dr Minnis holds the position of prime minister should be enough for the Bahamian people. Why would we seek to tempt death to ravage our communities when there is a better way out?

Sure, it won’t be easy, but can we seriously consider the alternative? Currently, the fatality rate around the globe for closed cases of COVID-19 is 21 percent – although this number is only in cases confirmed by testing, so if someone has a mild case and is not tested for it they may not appear in those numbers. Factors such as underlying health issues, along with other co-morbidities and healthcare capacity will also play a major role.

The World Health Organization has stated that in cases where pre-existing health conditions and non-communicable diseases exist, the risk is much higher for those individuals. Data provided by WHO discussed these risks in great detail. “People with pre-existing non-communicable diseases (NCDs) also appear to be more vulnerable to becoming severely ill with the virus,” the note read. It went on to list the NCDs, which were cardiovascular disease, chronic respiratory disease, diabetes and cancer.

In the Bahamian context, a country already marked by a 74 percent cause of all deaths to be related to NCDs, one has to wonder if some of us have a death wish. Digging further into the numbers, we should note WHO produced findings from a study a few years ago that broke down which NCDs have led to Bahamians losing their lives. It outlined that 30 percent of that 74 percent listed earlier could be attributed to cardiovascular diseases, 22 percent were caused by cancer, five percent as a result of diabetes, two percent as a result of chronic respiratory illnesses and a residual 15 percent were caused by other NCDs.

Why on earth do you think our lives are being made uncomfortable now while our healthcare system is not crippled by an explosion of this virus in our hospitals? Which of you are willing to see whole families wiped out? And for what, because inside the house was just a little too boring?

It is truly times like this where we can see there is a real disconnect between people and reality.

For as long as this virus remains a topical issue, it is likely the conversation will continue. However, many Bahamians need to shift their thinking and their actions in response to this outbreak. We need to be mature in our thinking.

We must listen to and support our prime minister and the government by doing what we’re told amid this global pandemic, as doing so is crucially important. This time is what all the countries who have stared this monster in the face wish for – the time to flatten the curve while there is still a chance.

In terms of whatever your politics may be or however you feel about the prime minister and the FNM, if you’re lucky, you may still be alive in 2022 to cast your ballot. However, with an unpredictable two years ahead of us, an inability to understand that hangs all of us in the balance between life and death.

It’s time to wise up, Bahamas. It is time to listen and do what is necessary to keep our loved ones here with us.

Multiple untrue assertions were made in this article. I will only deal with two. First of which was that those who were infected and died were not listening to the advice given by public health. That is virtually impossible to ascertain, since they were all most likely infected BEFORE any guidance was given at all!

Secondly the global mortality rate based on Johns Hopkins coronavirus dashboard put mortality at around 5%, not 19-21%!

This is a terrible piece of writing trying to masquerade as journalism. But thats to be expected from these writers who have not done one bit of actual journalism in years.

No Dawes, their greatest "journalism" is to continue to hold water for the bigoted, former-UBP merchants and to spread Eileen Dupuch's reprehensible garbage throughout The Bahamas. Malcolm Strachan, is a good soldier - no, lieutenant in this effort.

One of the most frustrating aspects of this virus is that it requires us to be reliant on others.

And how many times have our corrupt elected officials set the tone from the very top that has come to be commonly known as the "All for me baby" way of doing things!

One has nothing to do with the other, Mudda. Btw, your post vis-à-vis comparing Italy to The Bahamas, was very solid!

Shepherd leading a herd of wayward sheep? Trump and doc both believe they are Saviors.

The fact that Dr Minnis holds the position of PM should be enough for the Bahamian people.?? What does Strachan mean.

Strachan all that doc has done so far has hurt the Poor. The increase in VAT and the list goes on.

Who knows why this VIRIUS appeared while doc and Trump are in power??