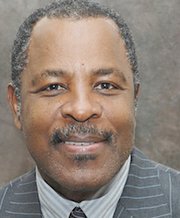 A Bahamian insurer is poised to become a "crème de la crème" operator, its chairman argued yesterday, after teaming with a Caribbean partner to pull-off a Cayman Islands acquisition.

Sir Franklyn Wilson told Tribune Business that RoyalStar Assurance's near-$5m investment in purchasing a 32.26 percent stake in Fidelity Insurance (Cayman), an insurance broker, would further diversify its revenue streams and help it "build capacity" to exploit further opportunities in both The Bahamas and wider region.

RoyalStar teamed with Trinidad-based Guardian Holdings, which will own the remaining equity and be Fidelity Insurance's majority shareholder, on the deal. Sir Franklyn, pointing out that Guardian Holdings has held 26 percent of RoyalStar ever since the latter was acquired from its former UK owners, said the Bahamian insurer planned to leverage this relationship to exploit further "opportunities".

He added that the Guardian Holdings tie-up had become even more fruitful following last year's takeover of the Trinidadian conglomerate by Jamaica's National Commercial Bank (NCB), which is controlled by Jamaican-Canadian fund management tycoon, Michael Lee-Chin.

This, Sir Franklyn argued, had placed RoyalStar in the company of two regional conglomerates that can "open a lot of doors" when it comes to the property and casualty underwriter's growth in both The Bahamas and the region.

The Fidelity Insurance purchase, which was completed on October 10 last year, closed before the COVID-19 pandemic ever emerged. The announcement was delayed due to Guardian Holdings being a publicly traded company, but Sir Franklyn suggested that RoyalStar's extra "capacity" would stand it in good stead should any growth prospects emerge in the post-crisis recovery.

"We're in good company here," he told Tribune Business of RoyalStar's further Cayman expansion. "The key point is that this is consistent with the idea of diversifying our revenue streams. We're also deepening our relationship with the Guardian Group, which has been part of us ever since we bought out RoyalStar locally.

Sir Franklyn added that RoyalStar was also in "very unique kind of company" in The Bahamas by virtue of its involvement in Gateway Financial, the distressed mortgage work-out firm, where it has partnered with Mexico-based Ascendancy and an arm of the World Bank.

"If we wanted to do something that was large, the strategic relationships we have open a lot of doors," he added. "RoyalStar is really positioned to be a crème de la crème company in the insurance business in The Bahamas. No question about it."

While unable to to say how much the Fidelity Insurance stake will contribute to RoyalStar Assurance's projected profits, Sir Franklyn described it as a "natural fit" for both the Bahamian insurer and Guardian Holdings as it wrote significant business for both carriers.

The broker was previously owned by the Cayman-based affiliate of Fidelity Bank (Bahamas). It has exited non-core businesses by selling its insurance brokerage to the Guardian Holdings/RoyalStar duo, while also disposing of its Cayman-based pension administration business to former Bahamian affiliate, RoyalFidelity Merchant Bank & Trust.

"This goes beyond what our share of the profits is," Sir Franklyn added. "This is about capacity building. We are building capacity to enable the company [RoyalStar] to exploit opportunities. Combine this with the other relationships that RoyalStar has, and it is in position to do a lot of things.

"That includes being a bigger player in The Bahamas should the opportunities arise, and a bigger player beyond our borders. It's also investment income, which is important to general insurers. We are always on the look out for what makes sense, and not just in the insurance business. Building capacity is the key part of the success of any insurance company."

Sir Franklyn said such opportunities may arise in a post-COVID-19 landscape. "There are some companies that, a month ago, were good companies, and they might find they will be looking for equity partners; whatever, I don't know.

"What I'm saying to you is that RoyalStar will have more capacity, and we don't know what opportunities we'll have to utilise that capacity, but we'll find them. We'll see."

Doesn’t Neil Hartnell have anything better to do than stick his head up Sir Franklyn’s butt once a week and drag out one of these longggg, borrrring stories that nobody cares about outside a bank or insurance board room? Neil must get a nice free lunch every time he does this. 😎

Hartnell does the same thing with James Smith..... has his head so far up Smith's butt that it stinks to high heaven!

Who the hell cares if Frankie is doing well?????

You should care.....after all, he's been exploiting (gouging) you everytime you use a product sold by Shell/Focal in the Bahamas. Thankfully most of us know that only a fool would ever enter into any kind of contractual transaction or business relationship with this unscrupulous braggart.