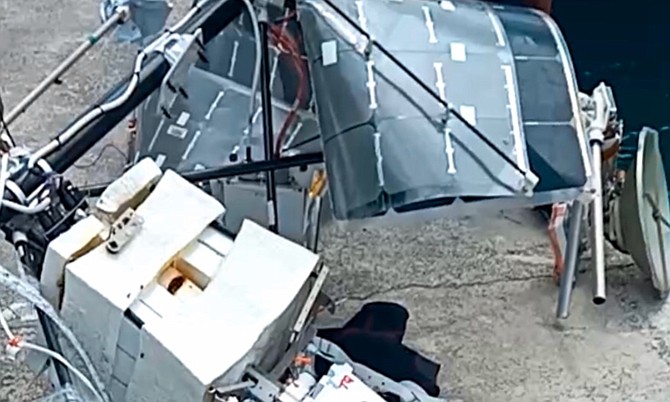 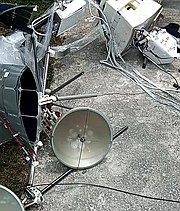 A satellite that crash landed in San Salvador on Sunday, puzzling and scaring residents, was brought down by its manufacturer as part of a coordinated event.

Delvin Major, Air Accident Investigation Authority chief investigator, confirmed the object was an internet and communication balloon satellite. “It had reached the end of its useful life and battery depletion and was brought down intentionally by the operator where it was picked up by a boat,” he said.

The descent was coordinated with air traffic control and a crew was hired to retrieve it. The company operating the satellite is called Loon, a Google affiliate which partners with mobile network operators to expand the reach of their LTE services.

According to the company’s website, Loon is a “network of balloons travelling on the edge of space, delivering connectivity to people, unserved and underserved communities around the world.”

The object, identified as HBAL074, initially launched in Puerto Rico on December 4, 2019.

“It has been authorised to be returned to the operator and taken back to Puerto Rico where it was launched from,” Mr Major said.

After the object landed, San Salvador police took custody of some of its parts, The Tribune understands, and the operator is attempting to retrieve them.

The AAIA does not plan to further investigate the matter, having been satisfied with the circumstances surrounding the landing.

Some residents witnessed the landing near the marina in Cockburn Town and recorded the aftermath. Their video showed the object flashing red under the night’s sky.

“We just see this thing come out the sky,” one man says in a video posted on social media, “it land out the air and land in the pond but how it is, it land like right in the water but the vibe ain’ gon out yet and we ain’ know what it is .”

"Balloon satellite"? Its either a balloon (atmospheric) or satellite (orbital space) can't be both continually....just search the net and read before publishing, sheesh.

Not only that, this seems to be poorly coordinated. If it was a controlled landing... why wasn't there persons on the ground to receive it? Allowing the public to interact with such materials doesn't seem to be a good idea. SMH

Are we sure that this is not one of those helium balloons that appear on FlightRadar24 crossing overhead at altitudes of 55,000 to 60,000+ feet on a generally WNW to ESE track? On some occasions there are several overhead.

Must have been a low orbiting device. Satellite are designed to burn up when they renter the atmosphere or the last bit of energy is used to push them further into orbit where they become one of the thousands of pieces of space junk

Why didn't they land it next to the country of its launch? Why do we allow it in our waters next to our islands?

Was import duty paid and the proper customs forms submitted on this?

I am confused why did they not just land it in puerto rico. If someone did not see this coming it would of ended up as junk killing fish etc in our sea. This is a massive balloon. Who gave them authorization to bring this down in our waters without someone in place to retrieve it?