Peter Young: The Virus Fight Goes On As Do Whispers Of Concern Over Our Own Economic Fate

While the COVID-19 crisis continues around the world with a vengeance, just a month ago there was still a widespread feeling it would be short lived. It was thought the strong action taken by different countries to contain the spread of the virus through strict measures about social distancing to prevent its transmission among humans would be effective and the crisis would be rapidly over. But that has proven not to be the case. The world is in this together and the fight goes on.

The evidence is mounting that the virus emanated from a laboratory in the Wuhan province of China, where the total number of deaths has just been revised upwards by 50 percent. It is also claimed the World Health Organisation and China together were slow in warning the rest of the world about its deadly effects. So most people will surely welcome the current investigation of what may have been a cover-up.

Generally, in the mind of the layman there are pathogens in the atmosphere about which the scientists know little and which can all too easily be passed among humans. So the question is how to limit their effects before they can precipitate an epidemic or, in the current case, a pandemic. A recent example is, of course SARS, a respiratory disease that was contained in 2003 after infecting some 8,000 people in 29 different countries resulting in at least 774 recorded deaths.

The brutal truth is that the lockdown of economies, together with restrictions on the movement of people, has probably slowed down the spread of COVID-19 but not stopped it - as the figures for infections and deaths in, for example, the US, UK, Italy, France and Spain show only too vividly. However, it is clear without social distancing these figures could have been substantially worse. So, the virus may start spreading again when these restrictions are lifted.

Thus, together with much more extensive testing including tracing and screening the contacts of those testing positive, new rules may have to become permanent about social distancing, the wearing of masks, self-isolation and special treatment of the elderly and the vulnerable with underlying medical conditions. But that will depend on development of a vaccine for COVID-19, in the same way that diseases like measles, smallpox, chickenpox, polio, AIDS and others have been eradicated or contained. Until such a vaccine is available and effective there will be a need for widespread social distancing even if the lockdown is lifted. But the immediate problem is nobody knows when there will be a vaccine, though there have been suggestions of one being ready within a year or even earlier.

Given such a timeframe, more and more people are now arguing that here in The Bahamas it makes no sense to destroy a country’s economy in the meantime by closing everything down and imposing mass isolation. Indeed, it would be extreme folly to keep the economy - which is small and therefore more vulnerable than in larger countries - in an induced coma when it needs to be as strong as possible to withstand a global recession which the UN Secretary General has described as having ‘no parallel in the recent past’ - and which the International Monetary Fund has predicted will be worse than the Great Depression of the 1930s. Moreover, since foreign exchange is drying up through lack of receipts from tourism, it is all the more important to keep the domestic economy going.

The very limited easing announced at the weekend is welcome. But, as the nightmare of the lockdown continues and the damage to the economy grows, it is becoming increasingly clear that, if it is prolonged, the result will be vanishing jobs, unemployment, wage cuts and bankruptcies as well as extreme suffering within society and even untimely and unnecessary deaths.

I examined this in last week’s column but it is worth reiterating that it is critical now to find a balance between the protection of public health and reopening businesses to avoid a great deal of pain among business owners, employees who have been furloughed or lost their jobs and the poor and marginalised in society – as someone said, poverty kills.

While the number of infections and fatalities in the country remains low - and even one death is one too many - from what I hear people are demanding an end to the risk of economic collapse and the accompanying uncertainty that leads to widespread fear, hopelessness and despair.

Moreover, such considerations are made worse when people read in the press that health officials admit the self-isolation method they have established is not working because patients subject to ‘remain at home’ directives are disobeying the rules and mingling with the public. But why are the rules not being enforced with the threat of fines or worse, particularly when the police are zealously applying the curfew regulations?

Meanwhile, other countries are beginning to ease their restrictions. In the US, President Trump has produced guidelines for individual states to reopen their economies, while - in Europe - Denmark, Austria, Germany, Italy, France, Spain, Norway and the Czech Republic are slowly lifting their respective lockdowns. For its part, Britain has published criteria against which it will decide about lifting restrictions. It has extended its lockdown until early May, though this is under constant review and a phased easing of it is now being planned. In response to calls by both political and business leaders, the UK government has produced a three-stage ‘traffic light’ plan to take the brakes off the economy, subject to arrangements for social distancing.

Made in China - but for how much longer?

It is well known that cataclysmic events are invariably followed by major aftershocks. Following the First World War – called the war to end all wars – there was a domestic upheaval of Britain’s social structure and later a rise in nationalism - and then fascism - in Europe. After the Second World War there was more international co-operation, like the Marshall Plan to reconstruct Europe and the establishment of the United Nations and its specialised agencies – while Britain created its welfare state and system of social insurance followed by compulsory free education and a National Health Service.

It is now claimed the economic and social meltdown in Britain as a result of coronavirus has never been seen before even during wartime. But looking at the wider picture, the most likely major repercussions of the pandemic internationally will be its effect on globalisation. As countries wrestle with huge levels of debt, the virus has shown up the disadvantages of excessive international integration so that they will be less open to products from around the world as they start looking inward and move towards self-sufficiency.

Even liberal governments have been slapping restrictions on trade and travel with bans and stricter visa requirements so the flow of goods and people across frontiers is being affected. One example of a visible lack of co-operation during the pandemic has been the European Union’s failure to respond adequately to Italy’s call for urgent medical assistance, and this is already leading to more euro-scepticism. Such developments play into the hands of nationalists who favour greater authoritarianism, protectionism and immigration controls and they encourage the negative aspects of populism.

International trade has, of course, been happening over vast distances for centuries. Globalisation has been about the scale and speed of international business which has been stimulated by easier travel for businessmen - together with the internet and worldwide web - and by the rapidly developing economies of so many countries.

However, as well as such benefits it also brings risks in the shape of reliance on outside supply chains and unforeseen hazards like the vulnerability of the internet to cyberattacks and the banking crisis of 2008. According to UN data, China accounted for 28 percent of global manufacturing in 2018. It has become clear there has been an over-reliance on this single source of supply and that can have serious consequences; for example, if there is any disruption of the production of items like iPhones or other consumer goods destined for Europe. Thus, companies and governments may want to re-evaluate the benefits and downside of the international economy in face of the growing risks of reliance on complex global supply chains.

This could result in businesses remodelling and shortening their supply chains closer to home or even developing local production that could boost manufacturing bases at home. That is the likely trend, though cross border co-operation and maintenance of some supply chains will remain important. But the question now is whether the coronavirus virus could result in the end of cheap products from China? 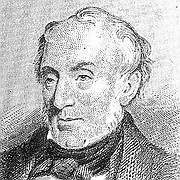 Amid all the gloom and doom of the pandemic, more pleasant news has been in short supply. But a significant milestone in English literature which seems to have escaped notice is the 250th anniversary this month of the birth of William Wordsworth, one of England’s greatest poets who became Poet Laureate in 1843.

He was a great lover of the Lake District - a beautiful and popular area in Cumbria in the northwest of England - and lived in a house overlooking Grasmere, one of the smaller lakes. This is now owned by the National Trust and is open to the public.

My wife and I visited it some years ago and it was not hard to imagine how Wordsworth, as a lover of nature, must have been inspired by his surroundings and the incomparable views. He was said to have had a passionate love of the Lake District and he even wrote a guidebook about it to supplement his income as a writer.

Apparently, some of his work was also inspired by his contemporary and close friend Samuel Taylor Coleridge, and - amusingly perhaps for admirers of Coleridge - they fell out temporarily over the latter’s hoped-for dalliance with Wordsworth’s sister-in-law.

Wordsworth is considered to be the father of Romantic poetry. His lyric poem ‘I Wandered Lonely as a Cloud’ is familiar as the ‘daffodil poem’ which many people in England can recite from memory, having been exposed to it from schooldays - even if they can only quote the last lines “And then my heart with pleasure fills and dances with the daffodils”.

This famous poem is often close to the hearts of his readers as well, not only because it creates a picture of beauty they find compelling but also due to its cheerful and hopeful message about the arrival of the spring season as wildlife emerges from its winter hibernation. Among his many other works, it reflects William Wordsworth’s enjoyment of the calm of nature and the simple pleasures surrounding him.