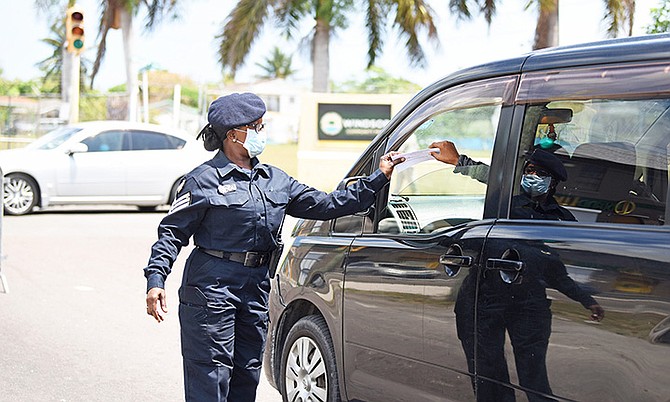 “The history of epidemic diseases is not all doom and despair because people haven’t always chosen to go down the wrong fork.” – Historian Frank Snowden

The uneven global response to COVID-19 means some countries will see less infections and deaths, while others will experience needless pain and suffering because of the recklessness, incompetence and magical thinking of some leaders.

Bolsonaro has performed so recklessly, incompetently and dismissively he makes Donald Trump look like a paragon of competence, humility and empathy. Most Brazilians polled want stronger action by their federal government. Bolsonaro fired a health minister who publicly clashed with him after the latter pleaded for a more aggressive national response. The president has also clashed with state governors who have called for greater coordination and federal action to fight the pandemic.

A core lesson of history in fighting pandemics is the need for quick and strong centralised action within countries and cooperation across national borders. The fractured response within the United States - and even within its states - is retarding a more effective response to the outbreak.

A professor at the University of The Bahamas and institutional arsonist who advised Bahamians to spoil their ballots at the last election has written a piece on COVID-19, replete with a series of her trademark faulty intellectual premises and errors.

Her self-proclaimed “meditation” begins with the claim that our structure of government is “fundamentally colonial”, which is a cliché in our context. Prior to the 1964 Constitution, which ushered in ministerial government, the Governor was the colony’s chief executive.

The dismantling of the colonial system gathered pace with the achievement of new constitutions, majority rule and independence. Like most countries in the world, The Bahamas enjoys, “fundamentally”, a parliamentary democracy as a sovereign country.

It is unfortunate the writer in question seems incapable of understanding the fundamentals of our democratic system and basic civics and history. The system of parliamentary democracy is enjoyed by many countries ranging from Japan to Canada to Germany.

Fortunately, a parliamentary system such as ours, with strong levers by a central government, is proving consequential in responding to COVID-19, especially in contrast to the often disparate responses of federal, state and local governments in the United States.

By example, the Mayor of Atlanta is alarmed that the Governor of Georgia is intent on reopening parts of the economy, which she fears will increase community spread of COVID-19. While some U.S. states are in a more vigorous lockdown, other states are less rigorous in their approach to confronting the outbreak.

The COVID-19 outbreak has provided rejoinder to the calls for term limits for a prime minister. If in the middle of a crisis, a prime minister is performing well, it would make little sense for that individual to have to step down because of term limits. At a time when stability and continuity would be needed, a capable leader would have to step down at a general election during a crisis.

Those who fail to appreciate the historical and practical reasons for our parliamentary democracy risk repeating the mistaken notions of the UB professor and those ignorant of the rationale of our governmental system.

The COVID-19 outbreak demonstrates yet again the need for a broad appreciation of civics and history, including in this instance the history of pandemics, which contains lessons for citizens and leaders.

Those born in the year the 1918 Global Flu Pandemic began would now be 102. They would have no personal recollection of the deadly influenza outbreak which may have infected one-third of the global population killing tens of millions. Though rare in the lifetime of most people alive today, severe pandemics are a recurring threat, the lessons of which we most often forget to our peril. Though assigned the moniker “Spanish flu”, this was a misnomer as the 1918 outbreak did not originate in Spain.

While many of the European combatants involved in World War I suppressed information about the ravages of the epidemic for morale and military reasons, neutral Spain was more forthcoming, which helped to create the false impression that the disease originated in the Iberian nation. The geographic origins of the outbreak are still debated.

A friend and colleague who is a history buff and whose mother was born in Spain during the period of the 1918 outbreak, does not recall her extended family talking about the period, perhaps because of the trauma of warfare in Europe.

Like most families, she observed there are historical gaps in her family history because many stories have not been passed down. But a national historical record should be different.

The friend, who taught history in the government-operated school system and served for years in government, laments her historical knowledge of past epidemics in The Bahamas is scant. She is not alone.

A small portion of the gap has been filled by a brief essay in The Journal of The Bahamas Historical Society November 2018, by Mrs. Kelly Delancy Fowler, a Senior Assistant Archaeologist and Research Officer at the Antiquities, Monuments and Museum Corporation.

“The Bahamas experienced its first epidemic in 1852-1853 after the bacterium, Vibrio cholera, gained passage to Nassau on the Bahamian vessel, Reform, which had sailed from New York.

“At the height of the epidemic, New Providence experienced 70 cholera deaths per week. The disease then spread to the far reaches of the colony. The death toll included 696 in Nassau, 178 in Harbour Island, approximately 200 in the remainder of Eleuthera, 108 in Abaco, and 40 in Ragged Island.”

Her essay offers some details on the Athol Island Quarantine Station which remained in operation until it was “severely damaged” by the 1929 hurricane after which it was subsequently abandoned.

Yale historian Frank Snowden, who has written on the history of medicine and epidemics, has been making the rounds in print and broadcast interviews. Snowden recalls that in the era of the bubonic plague, the Christian residents of Strasbourg, France, brought 200,000 Jews to the Jewish cemetery in the city.

The Christian residents believed the Jewish religion was leading to poisoned wells where Christians drank and which were supposedly the source of the bubonic plague. Those rounded up had to either renounce their faith or be killed. Half of them refused to renounce and were burned alive.

Around the world, various minorities are already being accused of being the source of COVID-19.

Snowden offers: “Although there have been these outbursts of horrors during times of pandemics, it’s the history of pandemic that has left enormous positive [impact]. Modern public health is something that was developed during the centuries of bubonic plague, and we’re still dependent on it today. It’s saving our lives as we speak.

“The potential for progress is really there. But it’s a choice that we have before us. We’re at a fork in the road. Where will we go? Coronavirus is a great moral drama that’s taking place right before our eyes. And the script has not yet been written.”

And the Indian author Arundhati Roy writing in the UK’s Financial Times pleaded:

“Historically, pandemics have forced humans to break with the past and imagine their world anew. This one is no different. It is a portal, a gateway between one world and the next.

“We can choose to walk through it, dragging the carcasses of our prejudice and hatred, our avarice, our data banks and dead ideas, our dead rivers and smoky skies behind us. Or we can walk through lightly, with little luggage, ready to imagine another world.”