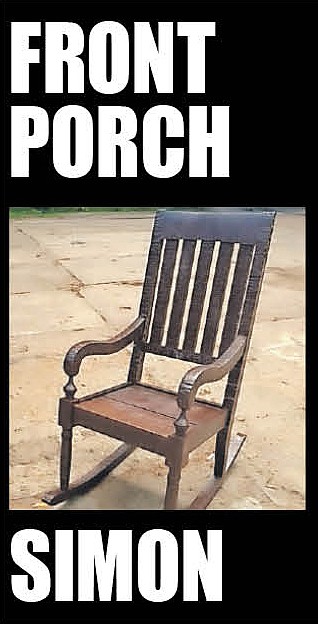 THERE is a disturbingly iconic image from last week Wednesday’s violent invasion of the US Capitol Building of a man clad in black abseiling from the public gallery to the floor of the United States Senate.

FRONT PORCH: Standing on the shoulders of a nation builder

SIR William Allen was a man of dedicated public service who enjoyed and cultivated the life of the mind. During an exemplary public career he employed his prodigious intellect, reflective nature and good judgement in the service of a sovereign Bahamas.

Dr. Merceline Dahl-Regis, O.D., does not suffer fools or viruses gladly. When COVID-19, the worst global public health pandemic in approximately 100 years struck and rapidly spread around the world, the Bahamas needed expert, clear and steady leadership to combat the deadly and highly infectious contagion.

FRONT PORCH: The light and splendour of Christmas

Because of a global pandemic that began about a year ago, 2020 has been one of the most punishing and painful years in the lives of most of humanity. Many have died. Many are dying. Many more will die and millions have become ill, some with dire and long-term physical and psychological ailments.

FRONT PORCH – A nation for sale: Another generation of scandal

FRONT PORCH: We need good ideas more than ever - and the PM knows that

NEAR the beginning of the COVID-19 pandemic, Prime Minister Dr Hubert Minnis presciently convened a National Economic Recovery Committee (ERC). The ERC was charged with offering his administration recommendations to help the country’s recovery during and after the pandemic.

THERE is a well-known episode from the 1912 sinking of RMS Titanic involving the wealthy Scottish landowner Sir Cosmo Edmund Duff-Gordon (1862-1931).

FRONT PORCH: Magical thinking won’t see us through this crisis, following a clear strategy will

Jodi Doering is an ER nurse in South Dakota who has nursed Covid-19 patients, some of whom have died. In a series of tweets and somber recollections, Doering described the deaths of some patients who “don’t want to believe that Covid is real”, aggressively denying the existence of the virus and the pandemic.

FRONT PORCH: Magical thinking won’t see us through this crisis, following a clear strategy will

Jodi Doering is an ER nurse in South Dakota who has nursed Covid-19 patients, some of whom have died. In a series of tweets and somber recollections, Doering described the deaths of some patients who “don’t want to believe that Covid is real”, aggressively denying the existence of the virus and the pandemic.

FRONT PORCH: Take a look around - our democracy is so precious we must all strive to protect it

FRONT PORCH: Guardians of decency and democracy - after four years of Trump you can’t be serious

A democracy is as strong or as parlous and unstable as its institutions and the willingness of leaders and citizens to accept and abide by democratic laws, norms, conventions and traditions.

PETER YOUNG: Is America about to come back in from the cold?

In the midst of the hullabaloo and hysteria in the days following the US presidential election, the focus has been firmly on the drama rapidly unfolding and the mainstream media has given less attention to reactions elsewhere in the world.

FRONT PORCH: Block out all the noise and nonsense and the truth is we are making progress

Approximately two and a half weeks ago, after Germany recorded its highest daily number of COVID-19 infections (7,830) in a 24-hour period, a startling record since the pandemic began, German Chancellor Angela Merkel sounded the alarm.

FRONT PORCH: Religious leaders would do well to remember what their real role is in our society

At the time of his death in 2013 at the age of 99, the American evangelist and Southern Baptist Minister Rev Billy Graham was a revered figure globally.

FRONT PORCH: Pope Francis and the Gospel of Love

When Jorge Bergoglio of Argentina was elected as pope in 2013 at the age of 76 and took the name Francis in memory of St Francis of Assisi (1181 or 1182-1226), a beloved relative proclaimed: “Pope Francis is not just going back to St Francis. He is going all the way back to Jesus and the gospel of love and mercy.”

FRONT PORCH: Trump is not an American anomaly

Around 1997, about 23 years ago during a trip to New York City for a social justice conference, this columnist first met a fellow participant who lived in the city.

FRONT PORCH: The tragicomedy and farce of Trump’s America

The denouement of Donald Trump’s shambolic and dangerous presidency intensified with the onset of the COVID-19 pandemic and the resulting calamitous economic fallout, twin crises managed more adroitly and seriously by the Chinese rather than the American Government.

FRONT PORCH: The Conceit and Danger of Blind Ambition

“To lose patience is to lose the battle.” – Mohandas Gandhi AFTER the results of the 1972 general election, Sir Randol Fawkes, honoured as the Father of Labour who helped to form the first Majority Rule government and became Minister of Labour and Commerce, was out of frontline politics and would never return as a Member of Parliament.

FRONT PORCH: In politics you need more than blind ambition to lead - try humility and an ability to learn

Politics is about the long game, with even the most egotistical and self-possessed politicians requiring the capacity for growth, learning and humility to succeed and to realize their ambitions, including becoming Prime Minister in our system of government.

FRONT PORCH: The whole world’s changed and we need a brave new playbook to survive

The late Monsignor Preston Moss sometimes admonished: “Just because you live in a small country, doesn’t mean that you have to have a small or narrow mind. Keep your world big.”

FRONT PORCH: Make no mistake - we’re all in this fight and have to work together

FRONT PORCH: We fight as hard as we can but there is no escaping the darker side of human nature

In The Netherlands, new daily coronavirus infections are currently back to “roughly half their level at the peak of the pandemic.” The French Prime Minister said he is trying to avoid another lockdown amid a “worrying increase” in cases.

FRONT PORCH: Chapters and narrative of COVID-19 still being written

The Italian humanist, scholar and poet Francesco Petrarca, whose anglicised surname is Petrarch, wrote these words at the height of the Plague, which was also known as the Black Death, the Great Mortality and the Pestilence.

FRONT PORCH: The govt begged and pleaded but sadly there are those who only think of themselves

In his national address this past Sunday, Prime Minister Dr Hubert Minnis warned the country:

FRONT PORCH: From sea to shining sea the US has lost its lustre

America is sick. Some of its worse ills long ago metastasized and are so pervasive that they will only respond to dramatic change. White supremacy is an unyielding and entrenched power and bastion. Long-term demographic change will help to seriously address some of the worst features of white privilege.

FRONT PORCH: PM has our safety at heart - nothing more sinister than that

In an impassioned communication in the House of Assembly yesterday, Prime Minister Dr Hubert Minnis pleaded with Bahamians and residents to better appreciate and to take more seriously the current and potential long-term health consequences of COVID-19.

In one of his most ominous warnings since the outbreak of the COVID-19 pandemic, World Health Organization (WHO) Director-General Dr Tedros Adhanom Ghebreyesus pleaded with world leaders and the international community:

FRONT PORCH: How privilege blinds us from seeking justice and equality

“The past is the present, isn’t it? It’s the future, too. We all try to lie out of that but life won’t let us.” - Eugene O’Neill’s Long Day’s Journey into Night

FRONT PORCH: Why do black people have to keep explaining racism?

A young black Jesuit priest in the United States is depressed and frustrated. He lives in an overwhelmingly white religious community and works in overwhelmingly white institutions. He is exhausted with having to constantly explain to white colleagues and friends the legacy of racism he and other blacks endure day after day.

FRONT PORCH: Seriously, where does this version of history come from?

Once again University of The Bahamas professor Dr Nicolette Bethel has me scratching my head wondering at her interpretation of our history and how confused our young students must be.

FRONT PORCH: Wishful thinking won’t work in a crisis, we must deal with realities

The notion of magical thinking is employed by a number of disciplines including philosophy, anthropology and psychology, with some differences in how the term is applied in the different fields. A common thread in the various disciplines is the idea of fallacious or false reasoning.

FRONT PORCH: Forget the naysayers, Lawrence Rolle’s spirit and joy delivers a message to uplift us all

The late Joseph Campbell, a professor of literature whose groundbreaking work in comparative religion and comparative mythology included the book and companion PBS series, The Power of Myth, recalled an exchange at an international conference in Japan.

Last weekend, the video of a young lady who had just returned home and was in government-sponsored quarantine at Breezes Hotel quickly went viral as she whined and complained about everything including the snack she was given prior to the dinner she received later.

It is unfortunate many in the media as well as many academics do not understand the basic tenets of our system of government. Correspondingly, we often get our language and our thinking muddled and just plain wrong in constitutional matters.

FRONT PORCH: We see the shallow critics carping from the sidelines - why don’t they serve?

US President Theodore Roosevelt  was a militarist and adventurist who used the bullying might of the American Colossus to advance his country’s imperialist stratagems in Latin and Central America.

The uneven global response to COVID-19 means some countries will see less infections and deaths, while others will experience needless pain and suffering because of the recklessness, incompetence and magical thinking of some leaders.

During a call with an acquaintance who lost her job and who has not been paid for two months, she gave a somewhat surprising answer when asked how she was coping with the COVID-19 outbreak and the resulting strain on her.