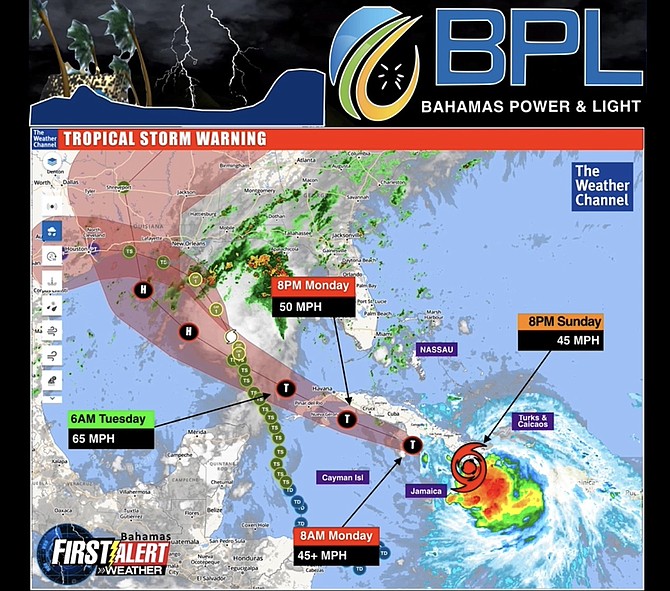 TROPICAL Storm Laura is not forecast to become a hurricane until it is well away from The Bahamas and in the Gulf of Mexico, according to Chief Meteorological Officer Arnold King.

On Sunday afternoon, the storm was moving at 21 mph with sustained winds of 50 mph as it churned towards Cuba.

“It shouldn’t strengthen," Mr King said. "It’s not likely to strengthen as it moves across Cuba….. It’s not forecast to become a hurricane until it’s well away from The Bahamas and in the Gulf of Mexico and then it should strengthen into a hurricane.

“It should be in the Gulf of Mexico. . .well away from The Bahamas and that would be...between Tuesday night and Wednesday morning.”

He added an all-clear for the entire country is expected to be given probably by 9pm Monday.

Still, Mr King said a tropical storm warning was in effect Sunday for the Turks and Caicos Islands and the southeast Bahamas which includes islands such as Inagua, Mayaguana, Crooked Island, Acklins, and Ragged Island.

The storm poses a threat of flooding rainfall to Hispaniola, Cuba and Jamaica through Monday.