An irresistible ladies’ man but with family at his heart 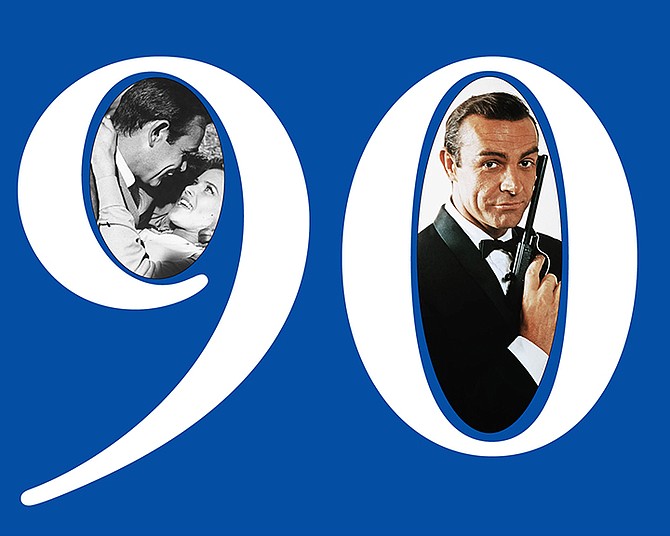 The first time I met Sean Connery he knew exactly who I was, much to my shock. I was flattered. That was before he lashed into me, transforming me into an ant looking for a rock to crawl under. His unmistakable deep-throated baritone mixed with Scottish brogue came barrelling at me to let me know I had made a mistake in something I wrote. 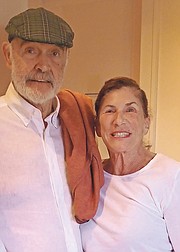 It would be some time later when I regained my composure enough to focus on the error he referred to, a detail about the late author Arthur Hailey’s education, because while he was berating me in front of a group of people we both knew in a restaurant setting, I was too busy staring at him to pay attention to the intended insult. Also, I was busy musing over the fact that, even though he verbally disavowed me of any chance of being greeted in a complimentary fashion, which would have been my preference, he was polite enough to stand up to issue the barb.

The embarrassing moment ended as quickly as it had begun, for everyone else, that is. But it began, oddly enough, a distant friendship that would last several years. He may have seen me as less than perfect (who isn’t) but very productive. When Sir Sean needed phone or internet repairs, changes, upgrades, he called me because, somehow, I was able to get BTC or Cable or whoever out to his house with lightning speed. Personally, I am sure if he had called himself, they’d have found an even quicker route. And I was rewarded by his making himself accessible. Any time Associated Press wanted a statement from the most famous James Bond character of all, they called me and I would do my best to oblige, always grateful to Sir Sean’s wife, Micheline, who singlehandedly guarded - and continues to guard - his privacy like a team leader with a pack of wolves ready to attack anyone who comes too close uninvited. 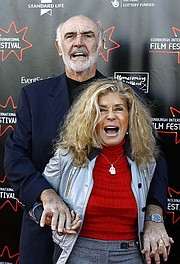 Micheline is a talented and formidable woman. At 91, a year older than her husband who turned 90 on August 25, the Moroccan-born producer and artist is dedicated to the daily care of the man of so many women’s dreams. At 5’4 and nearly a foot shorter than her husband, she’s a tiny bit of dynamite. It’s a second marriage for both of them who have now been wed 45 years. Together, they have children and grandchildren who are as at home in Sir Sean and Micheline’s home in western Nassau as they are theirs, just down the street. When everyone is around at the same time, it could be a family Over-the-Hill gathered for Sunday after church lunch, filled with voices, stories, adventures – and outpourings of love.

Despite all the stories that swirled around a drop-dead handsome movie star who played opposite some of the most stunning and sexy women in the world throughout a movie career that included more than 60 films, Sir Sean is, after all, very much a family man. Micheline, stepson Stephan and wife Tania, their three daughters, his biological son, Jason, are his world. These are the true Oscars of his life. There is no need to act the part of Grandpa. It just comes naturally.

In some ways, it was almost as if Sean Connery’s good looks got in the way of audiences appreciating the incredible talent he demonstrated, his ability to master roles in films as diverse as Dr. No and The Untouchables, or The Anderson Tapes and Hunt for Red October. Sean Connery has won three Golden Globes, an Academy Award and numerous other honours. He was knighted in 1999.

And while he never apologized for insulting me in front of mutual friends, it doesn’t matter. We share something else besides a distant friendship. We share a personal trainer who keeps me on my toes by holding Sir Sean’s amazing wife up as a role model. With pain in every part of my body crying ‘enough’ and droplets of sweat plopping on the mat as I try to get to 30 push-ups, I hear Hamilton’s voice, “C’mon now, Micheline can do better than that.”

I don’t think we will ever get even. Happy Birthday, Sean Connery. You and Micheline are both one of a kind and we love the fact that The Bahamas is truly home.

Happy birthday to one great man, farewell to another

On June 9, 2005, Gerry Strachan held his own funeral. That was before he lived another 15 years, two months and two weeks.

On that June day long ago, Strachan conducted the service, complete with hymns he had selected in the funeral programme he had drafted and printed. On that long-ago day, he saw to it that the coffin he bought and paid for was properly transported to the duplex lot in Woodlawn Gardens, Nassau, which he also bought and paid for.

Strachan did all that while he was still alive and healthy with no plans to die any time soon because he wanted to make sure that when the time came, no one else would have to worry about a single detail. It would all have been done, crafted by the man who had made a career of taking charge.

Gerry Strachan died this week after a long and courageous battle with a rare form of cancer. It was the one thing he could not control, but the man who had spent a lifetime being large and in charge took it in stride, in the end saying what we all know and never want to face: You are born, he said, you live and you die. There are only three stages.

Blessed with good looks, smooth skin, square chin and piercing eyes, solidly built and always impeccably dressed, Gerry Strachan turned heads when he entered a room. His bearing mirrored the man of substance he was. Straight-talking, determined, some would say even a bit controlling.

“Failure,” he would often repeat, “is not an option.”

Strachan went far. Although he stepped down in 2003 from insurance giant Family Guardian where he had risen through the ranks to the highest post as president, he remained a consultant for the next decade and director until illness forced him to resign.

Strachan took civic duty to heart. It wasn’t the act of being president of a Rotary Club while presiding over a multi-million-dollar entity that gave him satisfaction; it was stopping to help someone in need or to make a difference in a child’s life on Kemp Road. He believed everyone had a responsibility to make a difference in the lives of others and especially the less fortunate. The pride he took in his children was exceptional.

We never had a chance to write the book he wanted me to write about his life. Stop and help someone, he wanted to call it.

You did not fail, Gerry. Someone will read this, think of you, and stop and help a child who needs a friend.

Sean Connery with the Aston Martin DB5 seen in Goldfinger.

Is the bond DB5 actually here?

James Bond burst on to the scene in Goldfinger in 1964, a dazzling man in an even more dazzling driving machine. The Aston Martin DB5 equipped with its famed ejection seat, machine guns, tire shredders and a host of special effects, would appear in seven Bond films. A similar version – minus the special effects -- went for $4.1 million. There’s just one problem with establishing the value of the most famous, likely most valuable car in the world. It’s gone missing for nearly 23 years.

The car first sold for $12,000. In 1986, it was re-sold to a car collector for what was then a whopping $250,000. That collector stored it in an airplane hangar in Boca Raton, Florida for the next 11 years until it was stolen in 1997, believed to have been dragged out, squirrelled into a cargo plane and whisked away. The art and vintage car collector’s world continues to search with rewards for information increasing in recent days.

Would anyone be shocked if the world’s most sought-after art piece on four wheels turned up not in the Middle East as suspected but right here in Bond country, The Bahamas?