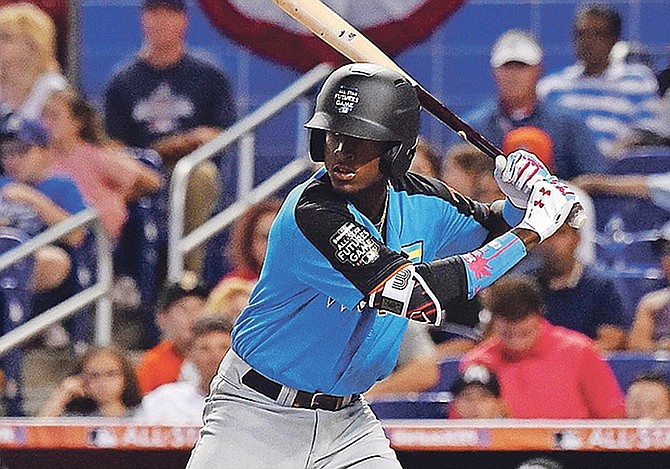 Fox will be headed to the Kansas City Royals after he was traded away from the Tampa Bay Rays in exchange for outfielder Brett Phillips.

Fox will immediately join the Royals’ 40-man roster and was assigned to the Royals’ alternate site at T-Bones Stadium in Kansas City, Kansas.

He was a member of the Rays’ taxi squad this season and was assigned to the club’s alternate training site this season. He saw playing time during MLB Spring Training and Summer Camp, most recently in a pair of intrasquad scrimmages ahead of the regular season opener.

The Royals are currently 12-19 on the season, fifth in the American League Central.

Fox, 23, has been listed at shortstop for the duration of his career but saw time at centrefield, secondbase and thirdbase during Spring Training. He was listed as an infielder/outfielder for the Rays’ 2020 player pool.

Phillips, 26, was hitting .226 in 18 games for the Royals this season, his third with the Royals.

Fox began his professional career as a marquee international free agent signing for the San Francisco Giants in 2015. He was then traded to the Rays in 2016 in a deal that involved several prospects in exchange for pitcher Matt Moore.

Prior to the COVID-19 pandemic, Fox was set to make his 2020 debut in AAA baseball with the Durham Bulls of the International League.

He spent 15 games last season with the Bulls, but spent the bulk of the year with the Montgomery Biscuits in the AA Southern League. He went on to lead the Southern League with 39 stolen bases.

He received league-wide recognition and was awarded “Best Hustler” for his baserunning ability when the league announced its Postseason Awards.