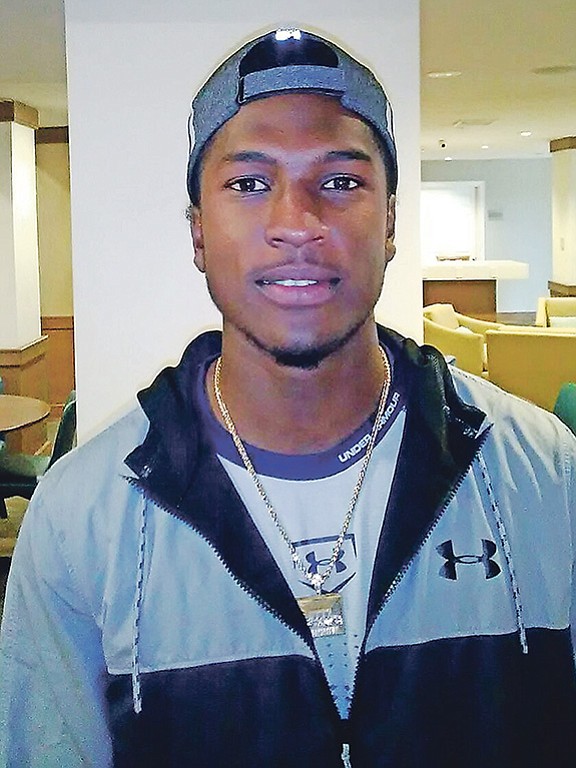 Lucius Fox: ‘Ready to work. KC you’re getting my all’

LUCIUS Fox had a simple message for the Kansas City Royals fan base after he was traded to the team last week:

ANTOAN Richardson is already having an impact in the Giants clubhouse while Lucius Fox has shown his versatility at a new position in Major League Baseball Spring Training.

Fox one step away from Major League Baseball

LUCIUS Fox has made another progression in the Tampa Bay Rays organisation, and is now just one step away from Major League Baseball.The 22-year-old shortstop was assigned to the Durham Bulls, the Rays’ AAA affiliate based in Durham, North Carolina.

LUCIUS Fox and Chavez Young both saw their clubs clinch playoff berths in their respective leagues after winning first half pennants. Fox and his Montgomery Biscuits finished atop the division in the Double A Southern League North with a record of 4

Double A: Chisholm and Fox connect on home runs

JAZZ Chisholm and Lucius Fox each homered in a productive weekend at the plate for the pair of 21-year-old shortstops in the Double A - Southern League.

Minor League Baseball opened play yesterday, and three Bahamians were in participation for their respective clubs in the Double-A Southern League.

Lucius Fox listed as No.11 overall prospect in Tampa Bay

LUCIUS Fox became the seventh Bahamian minor league prospect to be listed among the top 30 in his organisation by Major League Baseball this offseason.

BOTH Jazz Chisholm and Lucius Fox have seen early action in Major League Baseball Spring Training as non-roster invitees with their respective clubs.

LUCIUS Fox and Jazz Chisholm continued their stellar play in the Arizona Fall League in their most recent appearances.Fox went 3-4 with a double, an RBI, two runs scored and a walk out of the leadoff spot in a 14-3 win for the Peoria Javelinas over t

LUCIUS Fox and Jazz Chisholm continue their 2018 season in the Arizona Fall League and their respective clubs took wins on opening day yesterday.Fox hit leadoff for the Peoria Javelinas and finished 2-5, with two stolen bases and two runs scored in a

LUCIUS Fox’s debut season in Double A baseball came to an end after his Montgomery Biscuits were eliminated in a decisive game five of the Southern League semi-finals.

LUCIUS Fox continues his progression through the Tampa Bay Rays organisation and has ascended to the Double-A level for the first time in his young career.Fox was assigned to the Montgomery Biscuits of the Southern League.Based in Montgomery, Alabama

LUCIUS Fox and Anfernee Seymour crossed paths in the minor leagues once again as they went head-to-head in Single A-Advanced play.Fox’s Charlotte Stone Crabs remain 4.5 games ahead of Seymour’s Jupiter Hammerheads in the race for the Florida State Le

Fox and Chisholm are recognised as MiLB All-Stars

A PAIR of Bahamian baseball players have received midseason accolades and were recognised by their respective leagues as MiLB All-Stars.Lucius Fox was named to the Florida State League’s Southern Division All-Star Team while Jazz Chisholm was named t

LUCIUS Fox shrugged off several injury concerns and continued his production at the plate as a leadoff man for the Charlotte Stone Crabs in the Class A Florida State League.In Friday night’s 10-3 win over the Clearwater Threshers, Fox was hit on the

LUCIUS Fox notched another career milestone and became the second Bahamian this offseason to receive a Major League call-up during Spring Training.