Face To Face: Slam Dunk! How Marvin Is Using Basketball To Help Youngsters Find Their Place In The World 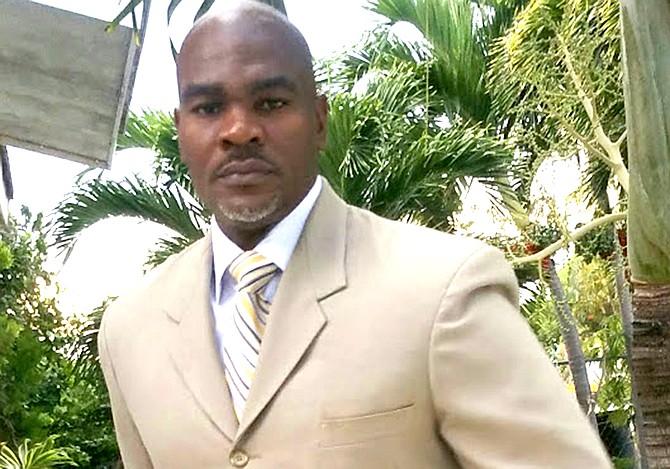 I decided to start off the year with someone who inspired me when we first met face to face. We were in the office of optometrist Dr Charlene Wallace. He was quiet and unassuming, waiting for his appointment. Something told me that he had a great story to share. My instinct didn’t let me down.

I ended up getting to know someone who has done so much for thousands of young Bahamians. He believes we all have a purpose, and he wasn’t about to let his go unfulfilled.

Marvin with some of his girl basketball superstars.

Marvin Henfield loves basketball so much that it has become a definitive part of his life. He found his passion in high school, continued it in college and today, basketball is still one of the most important aspects of his life. He was attending high school at Nassau Christian Academy when he transitioned to Masters Christian Academy in Atlanta, Georgia at the age of 16. When he was 17 and in his junior year, Marvin led the county in scoring with 34.8 points per game and was ranked a super senior. By his senior year, he went on to lead the school to its first and only state championship. He made the all state, all tournament, all district, and all region teams. After graduating high school, Marvin attended Reinhardt University and continued playing the sport he loved. Tragically, he suffered an injury towards the end of his freshman year that would leave him in recovery for the rest of his collegiate career. He continued to focus on his education, and eventually graduated with an associate’s degree in business administration. After Reinhardt, it was on to Jacksonville State University in Alabama where he graduated with a Bachelor’s in business management.

Marvin came home and started the climb up the corporate ladder. He was on a successful career path, but he felt there was something greater for him to achieve. He found his calling – teaching kids about the game of basketball, as well as the game of life.

“I was 12-years-old on a path to nowhere when the light bulb went off in my head and I knew what I had to do,” Marvin shared.

“I was born on Charles Vincent Street; I was raised in the Grove. I was attending RM Bailey, then my mom made a sacrifice for me to attend Nassau Christian Academy. I remember I got a pink slip. I felt good because no one else in the class had a pink slip… that was until I read it. I got it because I was failing history. Why was I failing? Because I didn’t have the book. Why didn’t I have the book? I realised it was because my mom was busy trying to pay the school fee and she didn’t have the money. That’s when I had a revelation. I made a decision right there and then that I would never waste my mother’s money again.”

Marvin made good on his mother’s investment and graduated with a 3.99. Even in college, his grades stayed near a 4.0 as he continued to push himself in both academics and sports. After gaining experience in the corporate world, Marvin decided that his beginnings and life experiences were ones that many Bahamian kids could relate to. If he could share his story and get the light bulb to go off in their heads, then they, too, could become the best versions of themselves and give back to the world. 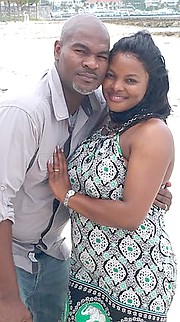 Marvin with his wife Desmona.

It wasn’t easy at first. He was giving up a great job and salary to pursue his passion. However, it’s 11 years later and his Caribbean Sports Academy (CSA) has seen just over 5,000 kids pass through its programme, and just over 450 of them have received scholarship opportunities because of it. CSA is also a faith-based mentoring programme that focuses on life skills as well.

What started out as a boys’ basketball programme has blossomed into one in which girls can flourish as well. Marvin has three children with his wife, Desmona. Each time, he thought he would have a boy to teach his beloved basketball skills to. Each time, the couple was blessed with a girl. The girls – Maleah, Mya and Desariah are now 16, 14 and 10 years old. When Mya approached her father and told him that she, too, had an interest in basketball, he had another light bulb moment.

“I was having a talk with God when he showed me that here I was, trying to solve issues of crime and getting the youth on track in our country, not realising that every man comes from the womb of a woman,” Marvin explained.

Next month, his 11-week training programme will begin. There will be specific girl sessions two days a week after school, and boys’ sessions on two alternate days. On Saturdays, there are sessions for girls and boys that will be held on Tom “The Bird” Grant Park behind AF Adderley school. By June, the 11-week programme will be over and the summer camps will begin.

By the end of the week, Marvin will proudly launch the non-profit “International Youth Education and Sports Foundation”. His friend from NCA, Dr Simeon Hinsey, has become his partner and will serve as president of the US arm of the foundation, based in Arkansas. Dr Hinsey spent over 10 years working in college athletics as an administrator and coach.  During the 2014-15 season, he served as an assistant women’s basketball coach at the University of Arkansas. That year, the Razorbacks received an at-large bid to compete in the NCAA Tournament.

For years, they have been working together to host successful basketball clinics in inner-city areas as well as on Andros Island, where they both have roots.

“We are just a couple of guys born and raised in Nassau, Bahamas that have joined forces to bring you the Bahamas Hoopfest,” Marvin said of their latest venture.

Marvin with his daughters Maleah, May and Desariah.

“For us, this classic is bigger than the game of basketball. It’s also an opportunity to impact the lives of young girls in The Bahamas and show them that there are opportunities to pursue their dreams of playing college sports and get a free college education.”

If you wish for your child to be a part of a successful sports, faith-based life skills programme, contact Marvin at (242) 424-2353.