My Brother Was In The Process Of Turning His Life Around, Says Sister 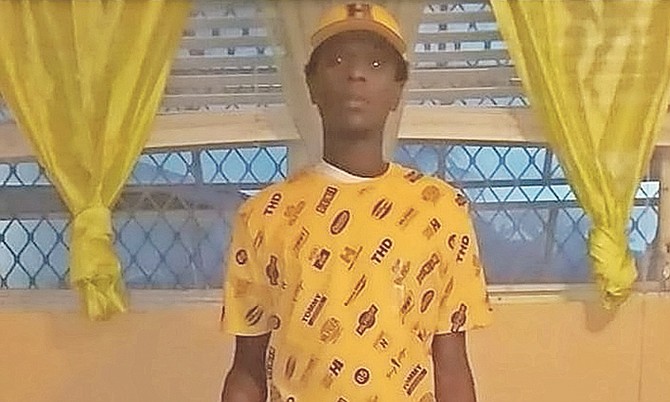 KEASHAWN Fortune was in the process of changing his life before he was shot while standing on Prison Lane on Sunday night, a relative said yesterday.

“My brother was changing his life for the better...He got a new job, he stayed more to himself, worked at home and played games...He wasn’t a person who bothered people, you would have to bother him in order to get a reaction out of him,” said the victim’s sister, Danisha Bain.

“(He was) a humble person, mannerly, very mannerly, hard-working and striving young man.”

The 22-year-old was fatally shot Sunday night while standing with a group of men at Prison Lane in Fort Fincastle.

Police said occupants of a silver Nissan Tiida opened fire at the group’s direction, hitting a male before speeding away.

Speaking at the scene, a police officer said: “At around 9.40pm, the police received reports of gunshots in this area. Upon arrival, we found a young man on the ground with gunshot injuries to his body. He was examined and there was no sign of life.”

Confirming the victim’s identity to The Tribune, Mr Fortune’s relatives said his death has left them completely distraught and in shock.

Chanelle Pinder-Fortune, his aunt, told The Tribune: “His mom and dad isn’t doing well at all. The mother is speechless at this time. Can you imagine losing a child at such a young age? She loved him with all that she had, that was her only son.

“Keashawn wasn’t perfect which no one is but he was a humble, mannerly young man. He changed his lifestyle, stopped hanging out. He found employment at the airport. He’s a good guy that’s why I am lost for words as to how he got on Prison Lane.”

Speaking about her feelings over his death, the victim’s grandmother said: “I was shocked when I get the news because I saw him the day before yesterday. He visited me and said ‘Grammy I haven’t forsaken you and I love you’. I told him to be careful. We warned him not to come to the area because there had been a disagreement between some guys.”

Mr Fortune’s death marks the country’s third homicide for the year. It came after another murder that took place some three hours earlier on Sunday. Police said a man had just dropped a woman at a residence on Hospital Lane around 6pm when he was approached and shot by a gunman. The injured man was able to drive himself a short distance away before crashing into a tree and died at the scene.

These latest killings came mere hours after National Security Minister Marvin Dames told reporters that, while the country’s murder count has remained below 100 for the second straight year, the government is “still not happy” with a death toll that is “still too high”.

He said the government still has a “very long way to go” to reducing crime in the country to a satisfactory level.

“The good thing is that 2020, now that we’ve signed most of the contracts from a technology standpoint, they expect to see the implementation of those during the first quarter or half of this year, that will go a long way too in assisting a lot of them in their efforts,” he said.

“We’re still not happy, we’re not content, but we feel confident that we’re moving in the right direction, and you can expect to see additional positive changes come 2020.”

Anyone with information on the country’s latest killings or any other crime matters are asked to contact police at the Central Detective Unit at 502-9991/2, Crime Stoppers at 328-TIPS or the nearest police station.

Has have some lasting physiological effect on those reside on street named, Prison Alley? Colony's government should commence with a renaming streets project, with offensive or derogatory names - which mostly seem have been reserved for the poorer black areas ------- Flea Alley, Balls Lane, comes mind.

I am very sorry for their loss. It must be very hard to endure.