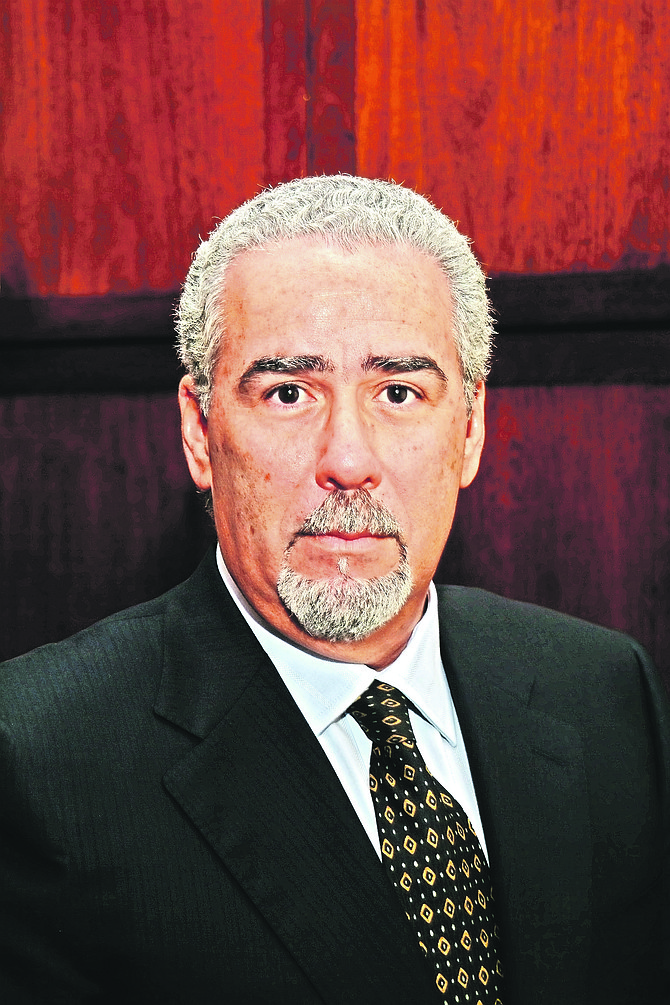 CHIEF Justice Brian Moree believes that a “deepening” of the independence of the judiciary is needed so that the sector can make its own decisions to carry out its mandate.

While in Grand Bahama on Thursday, Mr Moree was asked his response to a sermon delivered at the opening of the legal year by Canon Norman Lightbourne who indicated that an independent judiciary – one that is free from political interference —is “paramount”.

Mr Moree said the independence of the judiciary is an absolutely fundamental principle in the Westminster system of government and agreed that it is of paramount importance.

“I am very pleased to say traditionally that principle has been accepted by all branches of government. Sometimes in reality…when it comes to actual allocation of resources and financial support, the judiciary and the courts have not always gotten our fair share of the national resources that we say we need to be able to do our job properly,” he said.

“But, certainly, in the context of discharging our judicial functions the judges and magistrates, and registrars are completely independent of all other branches of government, and that has been accepted by all governments successively.”

However, Mr Moree believes that a deepening of that independence is required, and the judiciary left to handle its own affairs.

“We do need to deepen our independence by providing the judiciary with its own resources so it can build its own institutional capacity because we don’t want to run the judiciary as another ministry of the government, or as a branch, or as an agency where we all depend upon the Cabinet for decisions and funding – that is not what we want. That is what we really mean when we say the courts and the judiciary are independent. We need to be able to make our decisions in terms of the Bahamian people to carry out our mandate to provide due dispense of justice in the country.

“We need to be left alone to run our own affairs, but we need to account to Parliament and to the Bahamian people for the resources that we are using.”

He believes that the principle of the independence of the judiciary is of high constitutional importance.

“It can’t just be theory, it has to actually be practical, and so we are working to deepen that a bit more,” Mr Moree, QC, said.

When asked about the condition of the courts, Mr Moree said that the physical premises of courts in Freeport are better than those in Nassau.

The Garnet Levarity Justice Centre is presently under major renovation after judiciary staff complained of unacceptable conditions, particularly mould infestation as a result of a leaky roof.

The building had also fallen in a state of disrepair, and staff had to also contend with unbearable conditions due to the non-functioning AC unit.

A $2 million contract was awarded by the government to address the issues at the courthouse building. However, in early September, the renovations were set back due to flooding by the storm. Work has since recommenced at the courthouse.

“Some of the buildings we are occupying in Nassau are in a terrible state of disrepair,” the chief justice said. “The roofs have been leaking for many years and courts are disrupted during bad weather, which is unacceptable in 2020 for a country like the Bahamas.

“What we are trying to do is get the government to commit to building a new court complex in Nassau where we would be able to concentrate all of the courts and registries, and all of our services in a single building which is designed and customised for courthouses,” he added.

He indicated that a new complex would be “immensely helpful” in making the courts more productive and efficient.

In an effort to modernise and reform the court system, Chief Justice Moree said that plans are to develop a judiciary and court system that is acceptable to the 21st century.

He says that they will need to introduce a technology platform.

“Today, we have very little technology in our court system – this is unacceptable. And so I try to work with my colleagues and stakeholders where we will introduce an ICT platform right across the courts,” he said.

“It will allow us to put in place an integrated case management system that will allow us to monitor our cases, and help us clear out some of the backlogs. And once we get this system in place where we have an ICT platform installed, we are going to be bringing online within the next 24 to 36 months a whole series of e-services which will hang off this basic technology architecture,” Mr Moree said.

So what does this tell us? It tells us we've had and still have dinosaurs as judges who are content to be inefficient and nonproductive with little concern for the addage that justice delayed is justice denied. It also tells us that the administrative personnel within our court system are for the most part incompetent luddites who are just a content as our dinosaur judges to be inefficient and nonproductive.

"But why does it have to be this way?" you may ask. Well, for starters, the politicians controlling our country's purse strings have typically been increasingly corrupt to the core, thanks to their very deliberate dumbing down of the electorate generation after generation. The increasing corruptness of our politicians makes it imperative that they have a court system beholden to them and their agenda; one loaded with judges all too willing to sing for their supper.

Most of us have little faith in Moree's ability to fix these "human" as opposed to technology problems. He knows full well his pleas for greater independence of the judiciary are falling on deaf ears, i.e. Minnis's ears and Carl Bethel's ears. Like Michael Barnett before him, Brian Moree will leave the court system after a few years having 'achieved' his knighthood for willingness to serve as Chief Justice. And like Michael Barnett before him, when he leaves the court system it will be just as dysfunctional and lacking in independence as it was when he met it. That's as certain as the sun rising tomorrow morning.

Think long and hard before you cast your precious vote in our next national election. Most of the problems in our country today, including our appalling court system, can only be fixed at the ballot box.

Even solving these problems at the ballots box is not enough because the same people that failed to solve them,are the same people who are coming back to fail again. We need to brake the circle and go back to basics,that's doing the things that we need to do(the right things) to make us be where we really should be or where we want to be. That's going back to basics. And the things we should do is to be bold and collect solid evidence of corruption and put all perpetrator in jail for good,then we can start to be independent and free of Machiavellian people who are causing so much damage to the Bahamian Society. Where the VAT-Money went ? And where is it going now ?. Why problems are not resolved?

The big question then becomes: "Can we afford a new prison that big?"