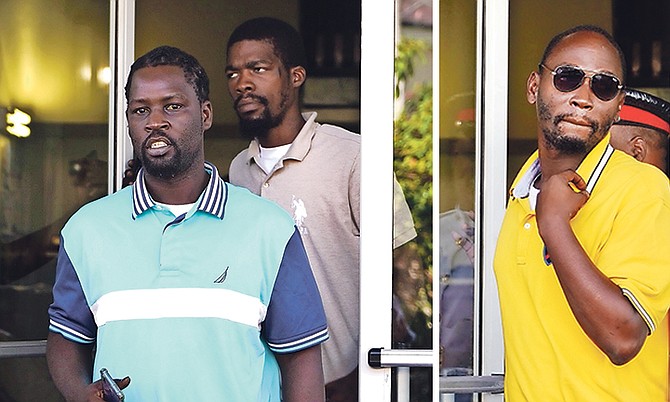 A Supreme Court jury was empanelled yesterday for the trial of three men accused of killing four people and wounding seven others during a mass drive-by shooting in the Fox Hill area seven years ago.

Jermaine Curry, Peter Rolle and Justin Williams appeared before Justice Deborah Fraser for the launch of their trial concerning the December 2013 mass shooting at Freedom Park.

Though the jury was selected yesterday, a process that took roughly two hours, the trial doesn't start until tomorrow morning. Curry, Rolle and Williams, who are all on bail, will return to court at that time.

According to reports, around 6pm on the date in question, occupants of a small, dark vehicle opened fire "with a variety of weapons" in the area just behind the basketball court where several people were gathered awaiting Junkanoo results.

Davis was pronounced dead on the scene while 10 others were taken to hospital via private vehicles and ambulance. Demeritte, Morrison and Sands later died in hospital of their injuries.