'No Reported Cases Of Coronavirus' In Bahamian Students In Wuhan, China 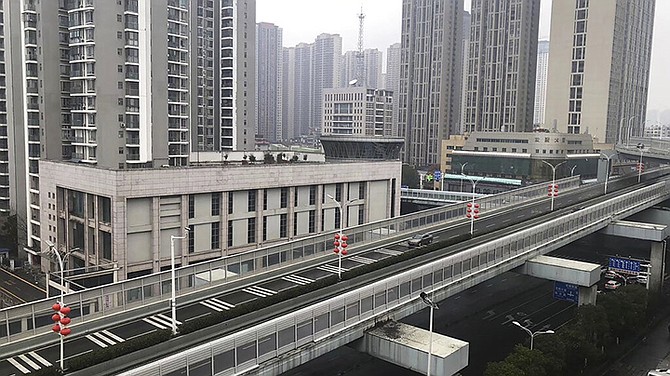 In this photo provided by Chen Yanxi, a nearly-deserted expressway is seen in Wuhan in central China's Hubei Province, Friday. (Chen Yanxi via AP)

THERE have been no reported cases of the coronavirus found among Bahamian students living in Wuhan, China, following its deadly outbreak in the province, foreign affairs officials have said.

This was revealed by Ministry of Foreign Affairs Director General Sharon Brennen-Haylock, who told The Tribune on Friday that officials have been in constant communication with Bahamian students in China.

“(The students) are on break right now. I think the break lasts for about a month, I’m not exactly sure when it started but it’s about one month. But, they have been notified to follow whatever warnings and advice the Chinese government puts out.”

“But, as far as we know, none of them are in any danger. That’s the report we have received.”

Her comments to this newspaper came days after the World Health Organisation (WHO) decided not to declare the new coronavirus, that has spread from China to the United States, a global emergency.

It is not clear, however, exactly how many Bahamian students are currently living in the area.

But, since its outbreak in Wuhan, China, the virus has infected hundreds of people across Asia, killing 26, according to international reports.

The first US case was reported on Tuesday and a second case was confirmed on Friday morning.

Although there have been no reported incidences of the virus in The Bahamas, Health Minister Dr Duane Sands said officials will be watching the matter very closely.

“We have alerted our stakeholders. We have been in discussions with our major port, that’s LPIA, in order to have them begin to consider what alternative approaches we need to take.”

In the meantime, the health minister said officials will continue to heighten surveillance for virus symptoms.

“What we have done is begun the process of ramping up our ability to test for this virus," he added. "We have to be very careful not to exaggerate and create panic. I can assure you this ministry if staying very closely to this.”

Symptoms of the virus can include fever, cough, shortness of breath, difficulty breathing and respiratory problems.

To help prevent the spread of infection, members of the public are advised to wash their hands frequently, cover their mouth and nose when coughing or sneezing and avoid close contact with anyone showing symptoms of respiratory illness.