In one of his most ominous warnings since the outbreak of the COVID-19 pandemic, World Health Organization (WHO) Director-General Dr Tedros Adhanom Ghebreyesus pleaded with world leaders and the international community:

“Although many countries have made some progress, globally the pandemic is actually speeding up.” He warned: “The worst is yet to come” if governments fail to more fully implement certain strategies, including aggressive contact tracing. 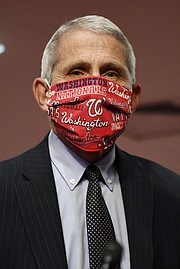 Dr. Anthony Fauci, director of the National Institute for Allergy and Infectious Diseases.

In the United States, which has four percent of the world’s population and a staggering 25 percent of the deaths from COVID-19, Dr Anthony Fauci, head of the National Institute of Allergy and Infectious Diseases (NIAID), warned this week that new infections in the US could increase to 100,000 a day if the country failed to bring the current surge under control.

The temperate Fauci, who has headed the NIAID since 1984 and is one the leading global experts in his field, told the US Congress: “We’ve really got to do something about that and we need to deal with it quickly. It could get very bad.”

He stressed the surge was a result of some jurisdictions reopening too quickly and by people refusing to follow various health measures and guidelines. A report in Politico noted: “[Fauci] suggested that people who ignored social distancing and didn’t wear face coverings have contributed to community spread, even in states that have closely followed reopening guidelines laid out by the Centers for Disease Control.

Like other pandemics, COVID-19 has exposed: sociological realities and substrates, extraordinary human sacrifice and depraved selfishness, all manner of magical thinking, the glaring weaknesses and strengths of the global order and nation-states, the vulnerability of the poor and marginalised and the thoughtfulness and sagacity, idiocy and stupidity of various politicians, journalists and others.

Observing leaders globally during the pandemic, a good friend who is a former journalist and student of history, noted the difference between catastrophe and control and progress in fighting the virus is leadership. The virus has exposed the strengths and deficits of leaders at home and abroad.

Despite some missteps, he praised the leadership of Prime Minister Dr Hubert Minnis and poured scorn on the feeble, flip-flopping and adolescent antics of Opposition Leader Philip Davis, who has been a showcase of inadequacy in a time of national crisis.

The Bahamas and many other states quickly imposed lockdowns, curfews, mandatory mask wearing and other measures, helping to arrest community spread, even as other jurisdictions, including a number of US states were slow and less comprehensive and forceful in promoting life-saving measures.

Despite the overwhelming success thus far at home, there is a cadre of shamelessly dishonest figures, some masquerading as “fair and balanced”, who rarely acknowledge any success by the Minnis Administration during the pandemic but who gleefully pounce on any error because it serves their benighted interests and obvious agendas.

But the country has more important matters to attend than those whose narrow agendas and seething biases were regularly, near instantly, telegraphed in certain social media posts before they were spread through other media.

Because Bahamians have not experienced the mass deaths, the mass graves, body bags on streets and in makeshift containers acting as morgue freezers, massively overrun hospitals, scores of obituaries in the newspapers and the spectre of unrelenting death and disease, many of us have indulged in constant bellyaching, winging and whining about the most minor matters.

One friend noted how hard the pandemic has hit scores of Bahamians who have lost jobs and livelihoods and the tens of thousands who are being fed on a daily basis by the Government.

She contrasted this with some of her associates and friends, still employed and doing financially well, who endlessly whined and complained about various inconveniences, including their inability to find their regular brand of coffee.

The depth of selfishness and self-absorption by some during this pandemic is alarming but not surprising, especially by some of the chronic bourgeois complainers who have not lifted their moral gaze above their gated mindsets and creature comforts.

One of the ideological mindsets exposed by COVID-19 is the fierce and unbending libertarianism of some, especially in the United States. While many people have libertarian leanings on certain matters of personal choice, they appreciate the need to balance individual rights and freedom with social responsibility.

As Dr Fauci has repeatedly noted: “I think we need to emphasise the responsibility we have as individuals and as part of a societal effort to end the epidemic and that we all have to play a part in that.”

The extreme culture of “rugged individualism” and libertarianism in America has often surprised other cultures with a greater communitarian spirit. But during COVID-19, the extreme version of this American-styled libertarianism is infecting and harming others.

In Europe, Asia, Africa, the Caribbean and Latin America, many citizens accepted their governments had the responsibility and legal and moral obligation to ensure that citizens wore face coverings, even when some may not have always observed the requirements.

But in the United States, the notion that the government could or should require an individual to wear a face covering to protect others was seen as an anathema and a dangerous affront to individual liberty. The deadly illogic: “I have a right to infect and to potentially kill others as long as I can do what I want!”

The pugnaciously puerile and pathologically non-empathetic and narcissistic American President served as the perfect embodiment of an extreme libertarianism that has left America in the depth of a despair and disaster, so much of which was avoidable.

At the federal level in the US and in many states, the failure to employ a consistent and aggressive policy about wearing face coverings is killing people, including a higher rate of African Americans and Latinos.

There have been many responsible young people around the world who have adhered to COVID-19 measures, though scores have ignored the warnings about their health, short and potentially long-term, and how they are affecting others and doing damage to their respective economies and societies. There appears to be a bizarre solipsism in the consciousness of many.

Observing the cavalier behaviour of younger Americans in Arizona after a period of lockdown was eased, a university professor in the state described as “selfish social Darwinists” those young people who were crowding bars and other venues and not wearing face coverings.

A US cable news programme interviewed a robust and athletic young Arizonian, who admitted that one of his relatives became very ill because of COVID-19. When asked by the reporter why he was out partying and not wearing a face covering, the young man shrugged his shoulders with little explanation. He self-servingly said that a mask was a “placebo”.

Dr Minnis and other leaders have made strong and repeated pleas to their citizens and especially young people about the health measures required to keep them and their societies safe. While many are abiding by these measures, many refuse to or have become quite relaxed.

As The Bahamas continues to reopen we are about to see a major sociological experiment unfold. While governments need to encourage citizens, enforcement is as critical.

Imagine if there was no enforcement of other laws such as traffic codes. It would be chaos. This is our human condition. Likewise, the world is already seeing the chaos and the mounting infection rate and death toll in jurisdictions cavalier or too relaxed about preventative COVID-19 measures.

We live next door to Florida, where the pandemic is raging out of control. Yet some Bahamians are intent on travelling overseas, while others here at home are partying big time at certain venues and ignoring the very measures which arrested community spread at home. The government may eventually re-impose certain measures.

The COVID-19 virus thrives on foolish behaviour, stupidity and wanton ignorance by human hosts, who may help each other to live or condemn others to potential misery and death.