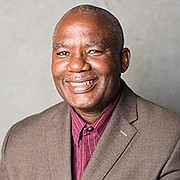 Grand Bahama and its ailing economy "need Isaias like we need a hole in the head", the island's Chamber of Commerce president told Tribune Business last night.

Greg Laroda said businesses and residents alike, already in the middle of a two-week lockdown to curb the surge in Grand Bahama's COVID-19 cases, were "waiting with bated breath" to see what the predicted hurricane will do when it reaches Grand Bahama.

With Isaias projected to strengthen into at least a category one storm by the time it reaches Grand Bahama, Mr Laroda voiced particular concern for the multiple households and businesses that have yet to complete post-Dorian repairs to their physical premises.

Warning that these properties may again be compromised by Isaias' winds and heavy rain, the chamber chief also looked ahead in calling for the government to strike a better balance between The Bahamas' health and economic needs over COVID-19.

Arguing that the constant lockdowns/shutdowns "may do more damage than COVID-19", Mr Laroda said Grand Bahama and the wider Bahamas cannot afford to "close out the year" in that state as it would mean significant business closures, job losses and an economy that was on the brink of collapse.

His comments came as the government revealed three more COVID-19 related deaths, along with 24 new cases, as it was forced to simultaneously relax restrictions to enable Bahamians to prepare from the threat posed by Isaias.

"Of course we need this like we need a hole in the head right now," Mr Laroda said of Grand Bahama's storm-battered and weary economy. "I don't know what to say. We really don't need this.

"A lot of homes and business places still have not been secured after Hurricane Dorian. This one we expect to have a lot of rain associated with it. Hopefully in terms of strength it will be a weak category one when it comes through, so wind may not be an issue, but we have a lot of roofs that are not secure so the rain may do a lot of damage to homes and shops that persons have not secured yet.

"With the COVID-19 shutdown doing repairs has been slowed on the island. We are closely watching it [Isaias] with bated breath, and all we can do is ride it out and see what happens. The timing couldn't be worse."

While Freeport-based hardware stores have been permitted to open so residents can obtain hurricane-related materials, Mr Laroda said many in operation were at limited capacity and long customer queues had formed. And bank closures meant some persons were having challenges accessing much-needed funds to make these purchases, compounding the impact of job and income losses.

The GB Chamber chief, meanwhile, said that once the threat from Isaias had passed the Government needed to develop "a long-term plan" setting out how this nation can better cope with COVID-19.

"We can't continue to go into lockdown and shutdown," he told Tribune Business. "As this happens we will have more businesses going under and not being able to come out of this. How do we survive?

"We cannot do this for a long time. We have to figure out how we balance both [the health and economic], as the shutdowns may do more damage than COVID-19 does. We have to balance both.

"A lot of people are depending on what the Government can do on the feeding programme. For businesses, it's grants and low-cost loans, but in these circumstances the Government will soon run out of money. We have to look ahead and see what options we can come up with."

Mr Laroda hinted that the Government may even have to look at the option recently deemed unconstitutional by the Prime Minister, and allow tourists to come in to revive The Bahamas' largest industry and create badly-needed foreign exchange earnings, while barring Bahamians and residents from travelling abroad to stop COVID-19's spread.

Saying he had heard arguments both for and against such a position, the GB Chamber chief added: "We have to look at all options to balance the economic with safety. There's going to be some tough calls but we're going to have to be prepared to make them. We cannot close out the year going to lockdowns and shutdowns.

"We as individuals also have to be more responsible as well. We need to take COVID-19 seriously and act in a responsible manner so that we don't get into bad situations any more." His last comment was a reference to the numerous Bahamians who raced across to Florida on July 1 as soon as the borders opened only to bring COVID-19 back with them.

"Grand Bahama doesn't need that and it looks like it will go through Nassau as well. We just have to hope it doesn't get stronger, it's a Category One storm and moves through quickly. If it moves through quickly the damage will be a lot less usually. That's all we can hope for."

Noting that Isaias appeared to be following the same path as Hurricane Matthew, which struck both Nassau and Freeport in October 2016, Mr Leonard said the existing lockdown and COVID-19 restrictions meant Grand Bahama was unlikely to lose much commercial activity when the storm passed through.

"There's a tremendous number of homes that still have tarpaulins on their roof, and I have a further feeling those roofs will be compromised," he warned. "Even if it's not a strong storm, people are going to be affected."

Wow, the last year has been really tough for the people of the Bahamas. We must trust God and do what is necessary to protect ourselves and property. Those who are able too are encouraged to lend a hand to those who are in need.