Face To Face: Think There Are No Lessons For Us To Learn In What’S Happening In The Us? 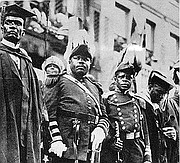 Marching, rioting, looting… anger, frustration, shouts for equal rights and justice…. fires, tear gas, rubber bullets… angry mobs, demonstrations and confrontation. It looks like the scene of a war zone in more than 40 states across America as people have taken a stand against the senseless killing of yet another black man at the hands of the police.

Millions of people around the world watched a murder happen live as an officer choked George Floyd to death with his knee. Two other officers helped to hold him down, while a third stood his ground and forbade pleading bystanders to interfere.

But there’s a greater issue here. There is an issue of systemic oppression that exists all around the world, including The Bahamas. Police brutality exists here, too. The fact that it still happens and that so many people are disenfranchised, is something we cannot turn a blind eye to and act as if this is none of our business.

The latest set of chaotic events are bringing to a head issues that permeate the very fabric of society. The call is for equal rights and justice for all. This should be automatic; this should be simple, but equality remains elusive in countries all over the world.

Bahamians were calling for equality on Labour Days in the 1950s and 1960s. 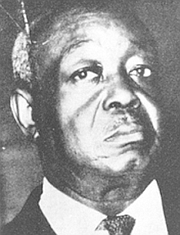 Dr Claudius R Walker who spoke on behalf of the workers, giving an impassioned appeal that helped to end the Burma Road riot.

On this day, June 2, in the year 1942, Nassau city looked quite like cities in America do today. The Burma Road Riot occurred as a frustrated black workforce took a stand against inequality. Nassau was in a state of emergency and the Riot Act was read.

Protests started when Bahamian workers became disgruntled because of the disparity in wages between themselves and American workers. They were building huge airfields for the US Army during World War II in Oakes and Windsor Fields. Bahamians were earning four shillings a day and Americans, eight. The local workers complained to their employer, Pleasantville Corp, and the company was willing to accede to their requests and pay them eight shillings, like their counterparts.

The problem was Bay Street Merchants and local contractors were upset at this decision. They felt it would “upset the economy” and “make niggers unmanageable”. The company was forced to renege on its agreement to increase wages, much to the pleasure of the white minority government. Attorney General Sir Eric Hallinan advised the black workers to “take it or leave it”. The reply was a resounding “leave it”, and he threatened to bring in foreign workers.

By Monday June 1, frustrations augmented to strike action. Several hundred workers armed with machetes and sticks marched to Bay Street from their Oakes Field base. Along the way, they passed through their Over-the-Hill neighbourhoods to the government buildings at Public Square on Bay Street, and women and children joined them. Another group of demonstrators joined, marching down Bay Street from the west.

Long story short, what was meant to be a peaceful but stern protest turned violent. In part, the police chief wielding his pistol frustrated some protestors. When one person crashed a Bay Street window, others followed suit. Even after disgruntled workers left, rioters and looters remained. From Bay Street to Grant’s Town, buildings were in shambles. 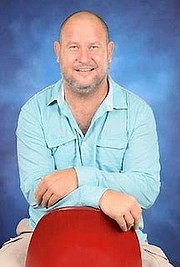 Professor Christopher Curry of the University of The Bahamas.

The British government representatives were forced to listen. Dr Claudius R Walker was chosen to speak on behalf of the labouring masses to the Duke of Windsor and his court. His eloquent and passionate plea was received, but there was reluctance to empower the working masses. By June 4, workers returned to the job site with a pay of 5 shillings per day and a free meal. This could only pacify black Bahamians temporarily.

There was a lot of political unrest in the country before and after this period in Bahamian history, all concerning political and labour rights and race relations. This newspaper’s owner, Sir Etienne Dupuch, stands among those determined to do something about it. On January 23, 1956, Sir Etienne tabled a historic resolution in the House of Assembly calling for an end to racial discrimination in The Bahamas. Today, I write in his paper with pride considering all he stood for and voiced through The Tribune.

I spoke with Professor Christopher Curry, Associate Professor of History School of Social Sciences, University of the Bahamas about these issues, as we see history continuously repeating itself in The Bahamas and throughout the world.

“We see history repeating itself because the issues in history have not been resolved,” he told me.

“In our own country, formerly enslaved persons didn’t receive citizenship rights when slavery was abolished in 1834 or when full Emancipation occurred 1838. We needed to have a whole quiet revolution leading to Majority Rule for franchise to be granted to women (to vote), for property rights to be dissolved, to have ‘one person one vote’.

“You see the same thing paralleled in the USA. They were fighting for change in the 1960s because of what they didn’t receive in the 1860s. The Civil Rights Act in the USA passed in 1964, but it only addressed political change - not social issues, or the judicial system, or police brutality or ghettoized conditions. Wealth inequalities persisted. So this is why in the late 60s you have Dr Martin Luther King and other activists fighting for change. Moving forward to our present situation, it is sad because you see the cycle continuing.

“I was watching a documentary on the Rodney King beating in 1991 and the judicial proceedings in 1992. It was a horrible incident caught on video. Yet, the four officers were able to walk out of the court ‘scott free’. The Kent State Riots, the Compton riots (and others) happened because the disadvantaged don’t have access to the liberties and freedoms of the advantaged. The cycle of history continues because American democracy is a hypocrisy, as Malcolm X would say. The cycle continues because the issues were never resolved… and that is as true in The Bahamas as it is in the USA.”

Some Bahamians have made comments that the current state of affairs in America have nothing to do with them, but Professor Curry believes we have every reason to take note.

“We would like to think this idea of police brutality is alien to us, but it isn’t,” he said.

“We know that even though we are a country that has a black government and majority rule, we know there have been incidents where police have racially profiled some of our own, recently a case where a young man was trying to make a living selling coconut water.

“While in The Bahamas we may argue the issues are less about race and more about class, we still have profound wealth inequality. We have disadvantaged communities which are more vulnerable to the state, and by extension its police force. In my own neighbourhood, I had someone deliver coconut water and two police cars showed up. My neighbours were distressed because this young man couldn’t find the location of my house and went knocking on doors. Because he is young, because he is black, because maybe his hair or the way he is dressed didn’t look presentable to them… this is a kind of racial profiling.

“We have to think about these questions critically. Issues of race in the US parallel a lot of things going on in The Bahamas. Are they exact? Not at all. But we do see some interesting parallels. Of course in The Bahamas, blacks are the majority, but we have maintained and kept a lot of practices that are suspicious. We truly can actualize a greater degree of democracy, fair play and equity in how we treat our citizens. There’s lot’s we can learn from what is happening in the US today.”

COVID-19 has also helped to fuel the fire of frustration for many. The pandemic has had a disproportionately negative effect on African Americans. They face a lack of proper healthcare and insurance, lack of opportunities, funding for their businesses and now, gross unemployment. Even dietary and health issues that date back to slavery and colonialism, have caused them to suffer more than others during the pandemic

“It’s not just police brutality. It’s healthcare, housing opportunities… it is all consuming.”

He calls for a commission – a reparatory justice commission or a truth and reconciliation commission much like what happened in South Africa following Apartheid - where people can be called out for the crimes against humanity and to talk more about racial injustice.

“We need to have more access to justice in The Bahamas,” he said.

“If it means having an ombudsman or official government, if it means having access to lawyers without charge… there’s a lot of reasons why there are injustices in The Bahamas. A lot of it is because of the barriers we have put in place to prevent people from having access to the same kind of facilities that people with money and power have. We need to do a lot to change our legal system to provide more equitable and fair systems overall.”

Watching the riots that ensued following the death of George Floyd, I thought of Marcus Mosiah Garvey, and his United Negro Improvement Association with six million members worldwide. They marched through the streets peacefully calling for equality and justice. They dressed in the finest apparel and Garvey gave his members royal titles, so they acted with dignity. He was able to accomplish so much in the USA, bringing black people together and showing them their worth. He told them, that unless they were prepared to do what other races and nations have done by unifying economically, they had just as well die.

I thought of the works of all the great leaders who sought to bring unity of the blacks who were chopped down one by one throughout history. I ask, like the Bahamian gospel group the Rahming Brothers would: “Who’s going to fill their shoes?”

Professor Christopher Curry's summation is absolutely correct! History is bound to repeat itself mainly because nothing has ever been done to correct the many wrongs.

The elites only know oppression and only respond to violence!

The sale of coconut water is a very vexing and troubling issue in this society. Some historians believe that Columbus smuggled several barrels of the stuff back to Spain on two of his voyages. The incendiary matter is that often times it is mixed with gin. Police are out there dealing with all sorts of silly things like armed robbery, rape, murder, drive-by shootings, drug smuggling, etc. and using that as cover (excuse) to ignore the coconut water phenomenon. I applaud those officers who finally stood up, and took a stand. If everyone can come together, we can not only fight coconut water - but the very coconuts themselves and indeed the trees from which they emanate. A contract should given by government for the removal of all coconut trees throughout this Bahamas.

Don't give them any ideas JokeyJoe. This Administration and their law enforcement heavies are not playing with a full deck.