Arawak Cay Is Open For Business And Obeying All The Rules 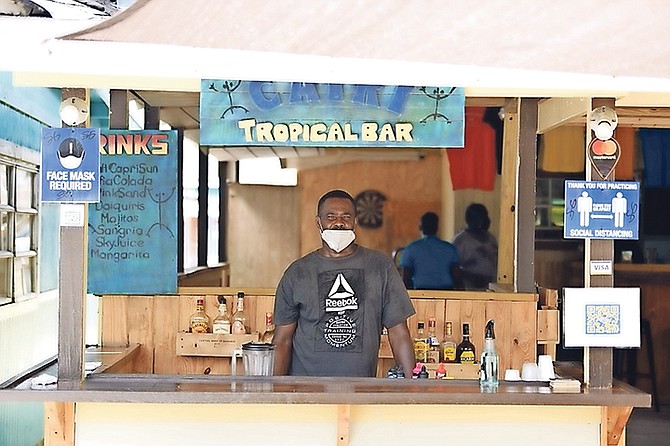 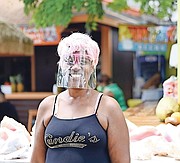 DESPITE “rumours to the contrary”, Fish Fry at Arawak Cay was not shut down and remains open for business, the Ministry of Agriculture and Marine Resources said.

Vendors said a barricade was placed at Arawak Cay’s main entrance on West Bay Street a few days ago, prompting some customers to believe the popular dining and hang out spot was closed.

“We further advise that operators at the Fish Fry have been advised and are committed to the safety protocols put in place to protect vendors, visitors and patrons alike from the COVID-19 virus. These protocols include the mandatory wearing of masks, social distancing, curb-side, takeaway and delivery services. The process of returning the Fish Fry to full operations is ongoing and the ministry will advise if any changes are made to our goal of restoring this area to full and safe public use through the appropriate channels.” 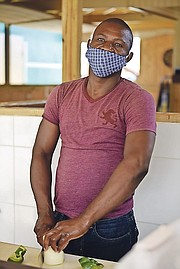 The popular dining and hang out spot was allowed to open for outdoor dining on June 12. Videos of young people not practicing social distancing and not wearing masks while at Arawak Cay then made the made rounds on social media.

Lillian Larrimore-Smith, vice president of the Arawak Cay Association and proprietor of Candy’s Enterprises, said members of her association were not responsible for the “bad behaviour” when the Fish Fry reopened, but said it was people who were closer to the beach area who were not adhering to the rules.

“It has been a trying time for the past week since we’ve been open,” she said. “It’s taking a toll on us as vendors but we are working very hard in terms of social distancing and asking the people to wear their masks.”

Speaking about the rumour the site had been shut down, she said: “For some reason, a few days ago the police on some command was directed to Arawak Cay around 4 pm and they had closed the entrance on the main West Bay Street and they were telling customers that Fish Fry was closed,” Ms Larrimore-Smith continued. “And, when the vendors inquired, they started to tell the patrons that Fish Fry was closed and they must park across the street. So it was two different sets of information.

“We were so upset about it because a lady went to social media with it because she was told Fish Fry was closed and that’s where the blast came from. That just took (social) media by storm. And so, our association, yesterday (Saturday) had to do a press conference to go back to the media and also indirectly addressed the prime minister. The prime minister is in charge of Arawak Cay and he gave the mandate on how we should operate. We are appealing to the general public that when they come to Fish Fry they must practice social distancing, they must wear their masks when not eating or drinking and be prepared to socialise within six feet distance from the next person, unless you come from the same household.”

Wendell King, proprietor of Something Good, said things are hard now, but he remains optimistic.

“Things have been up and down since we opened,” Mr King noted. “The crowd started to come but the minute the crowd reach, it’s time to shut down. It’s not too much time. People decide to come out at six o’clock and that’s too late.”

All businesses must close by 7pm each day in light of COVID-19 protocol.

“You see our signs are right there for all to see. Everybody coming here has to spray and sanitise their hands. No mask, no service. I am not going to let my business close down for one person who doesn’t want to wear a mask. It’s picking up slowly. Yesterday (Saturday) was the best day, but the minute everyone start showing up, it’s time to go home. I wish we could soon go back to closing at midnight. You know how people are. They want to spend their money, but they are coming out late.”

Mr King noted that some people like to visit Fish Fry when they get off from work, but the new hours are not convenient for them.

“There are those people want to come out here when they get off from work but by the time they get off, it’s time to close,” Mr King continued. “It’s not fair, but it’s life. I’m waiting to see when the whole country opens up, if it still be like this, then it’s a problem. We can’t sit on it and let it ride like this. Cheaper you close your business down. If it stays like this we would soon have to let go staff and we don’t want to do that. I have kept all my staff so far.”

In an interview last week, Dr Delon Brennen, deputy chief medical officer, said health officials in the country hope that police officers can help with enforcing the requirements for dining at Arawak Cay.

What a wonderful opportunity to immediately commence kickstart process for the defunding and demilitarization of The Colony's Royal Constabulary, by officially declaring that Comrade Trevor Kelly's Island's Fish Fry is now a Royal Constabulary Free Zone. Nod Once for Yeah, Twice for No?

What the hell are you talking about??

It’s a puzzle, isn’t it? A TalPuzzell.

why prove that arawak cay is open and following all the rules by showing pics of vendors with masks beneath their noses?