Fnm Convention Could Be Missed For Fourth Year 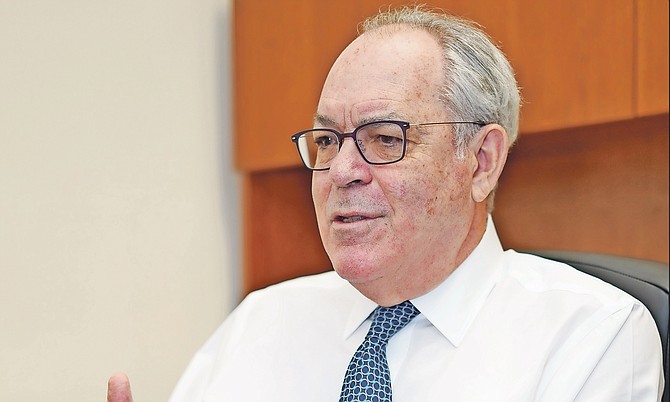 ST ANNE’S MP Brent Symonette said it may not be appropriate for the Free National Movement to have a national convention this year.

The FNM’s constitution calls for a convention to be held every two years. However, the party has not had a convention since 2016.

“At the current time with the effects of COVID and Dorian, I would have thought it was not appropriate for the party to have a convention this year,” Mr Symonette, a former Cabinet minister, said yesterday. “There have been many occasions in the past that the FNM did not have a convention as called for in its constitution.”

FNM chairman Carl Culmer said yesterday the FNM’s council, which has about 260 members, will decide whether a convention will be held this year. He said the council will meet next month.

For his part, former Deputy Prime Minister and FNM stalwart Frank Watson said the party should host a convention this year, saying four years without one is “a long time.”

“In my day we held a convention every two years, no more, no less,” he said. “Absolutely they should hold a convention this year. They need to bring their group together to hash out many things, to exchange ideas. It gives the rank and file an opportunity to meet with leaders and MPs and tell them how they see things, rather than have an edict from the top. A convention has social benefits. It’s important to hear what is on the minds of the people having been in office two years plus, you need to account to the public, say what kind of organisation you have.”

Mr Watson said people “could find every damn excuse in the world” not to host a convention.

“They have the means by which they could have a convention,” he said. “In November and December, you don’t know what will happen. There may be no COVID in the world by then.”

“You have various teams in the party but the prime minister is the final say, it’s his call, he’s the leader of the party,” he said.

If the decision rest with Minnis, then I would be surprised if there is a convention. But Watson makes sense. Come together and talks things out. But unfortunately, Minnis is becoming another Pindling - he does not like dissent or people challenging him.

Minnis is too insecure to want to hold another convention! His leadership should be contested and the chips should fall where they may. Unfortunately political parties are too immature to do what is in the country's best interest. They would rather destroy the country to maintain their hold on power!

Now that our self-annointed supreme ruler is addicted to his new powers like a drunken sailor who can't do without constantly swigging rum, Minnis will be the first to tell us there's absolutely no need for FNM conventions anymore. After all, why should he have to face the free press and supporters of Dr. Sands when he's quite comfortable remaining in hiding from all of them?

In other news, the sun is hot. There is absolutely no reason to host a convention this year - either party - but especially the governing party. Host a convention for what, exactly? Any convention voting, etc. can be done from the confines of home, via social media. Political party by laws are not commandments from God that should be adhered to, or else! They are nebulous ideals that can be bent, turned and amended based on the exigencies of the political party or the country. An ecclesia, every three to four years, i smore than acceptable.

You're so right...after all, all of our most basic constitutional rights and other civil liberties have already been done away with by our supreme ruler for an indefinite period of time, and perhaps permanently if we allow it.