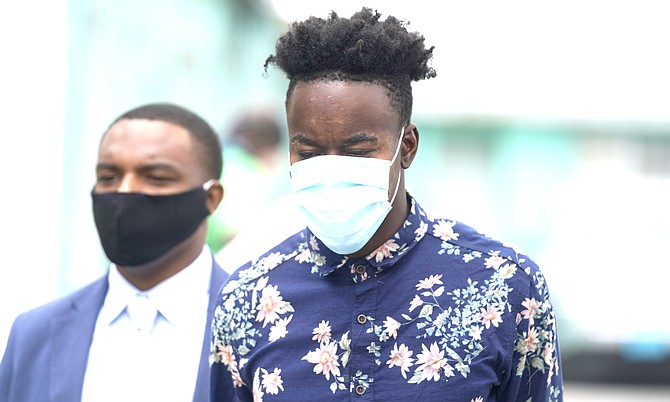 A JAMAICAN man was charged in the Magistrate’s Court yesterday with armed robbery and attempted murder.

Shakiel Smith, 22, also known as “Shak”, appeared before Deputy Chief Magistrate Andrew Forbes after he was charged with six counts of armed robbery. Smith was also accused of attempting to murder one of the men he robbed.

According to initial police reports, shortly before 11am on June 9, two males, one of whom was armed with a handgun, entered a business on West Bay Street and robbed the cashier of an undetermined amount of cash, before fleeing the scene.

During the hearing, Smith was not required to enter a plea and the matter was adjourned to September 30 for service of a voluntary bill of indictment (VBI).

Bail was denied and he was remanded to the Bahamas Department of Correctional Services in the interim.