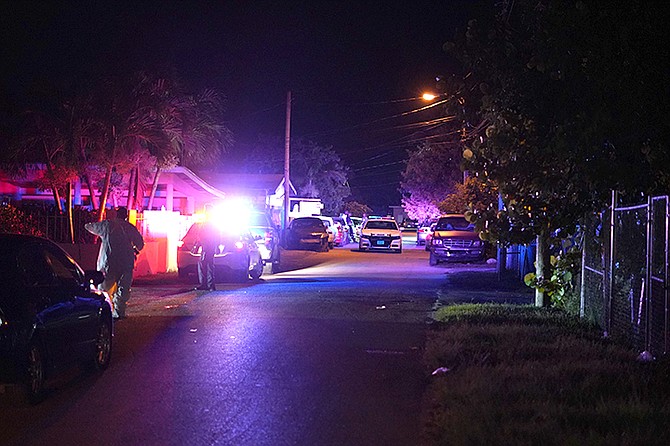 Police at the scene in Nassau Village on Sunday night.

Two men are in custody after a man was shot dead in Nassau Village on Sunday night.

Police said the man was standing on the porch of his home on Jackson Street shortly after 11pm when he was approached by two men.

According to a police report, an argument ensued and one of the pair produced a handgun and shot the man. The suspects left the scene in a white bus.

Paramedics were called to the scene and the victim was pronounced dead.

Police said officers, acting upon information, were able to locate the vehicle fitting the description from the incident and arrested two 35-year-old men, who are currently assisting with the investigation.

Just another day/night in Nassau. Instead of worrying about masks and silly amounts of the merry weed, why not concentrate on a permanent curfew, nation-wide, with relaxations when earned or non-violence prevails. This of course, would/should be subject to a REAL referendum and a politician or two with the whatsits to push it through.