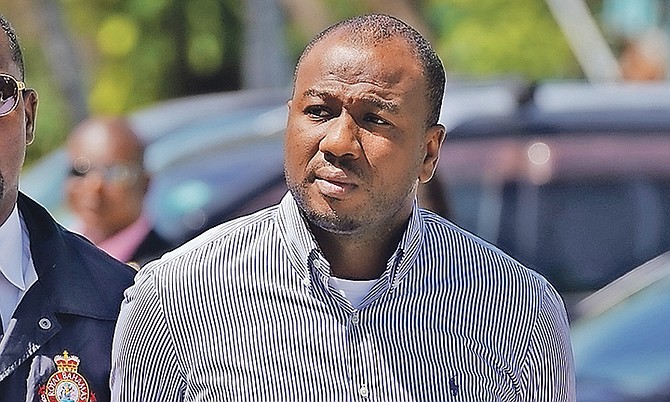 A 38-year-old man, charged in connection to a $1.2m Ministry of Tourism fraud scheme, has been granted bail ahead of his trial.

The judge ordered Curry to surrender his passport immediately and return to court for future hearings as required.

She also said Curry must not interfere with witnesses.

On Tuesday, the former Cabinet minister and her son were charged in the Magistrates' Court with defrauding the Ministry of Tourism of $1.2m.

Campbell and Chase were charged with fraud by false pretences and 18 counts of money laundering.

Curry was also charged with one count of money laundering after he was accused of acquiring $465,000 on October 16, 2019 knowing that it represented the proceeds of crime.

All of the defendants pleaded not guilty to the charges brought against him.

The matter was adjourned to March 30 at 10am.