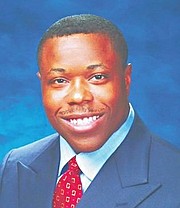 Keith Davies, BISX's chief executive, told Tribune Business all technical "impediments" to the trading of Bahamian dollar-denominated bonds had been eliminated and the only remaining obstacles were "operational issues the Central Bank has to wrap its head around".

Speaking after the House of Assembly yesterday debated legislation to demutualise Bahamas Government Registered Stock (BGRS), Mr Davies hailed the move as "long overdue" and something that had been discussed when BISX was first launched more than 20 years ago.

He described the Bahamas Registered Stock (Amendment) Bill, which eliminates the need to issue/hold physical certificates to prove ownership of government bonds, as "one component" needed to further modernise the local capital markets in the digital age.

"That's one aspect of the modernisation of BGRS," Mr Davies added. "It wasn't done specifically for BISX. It was done to modernise that part of the capital markets because moving away from a paper-based environment to electronic is where the world is going in this day and age.

"That's a first step. It will assist with the development of the market because we no longer have to rely on a paper-based system. There are lost certificates, destroyed certificates, and you have to publish in the newspapers that they were lost before you can effect transactions with them."

The move to digital-based administration and management of the government's domestic paper market is but one more element designed to bring The Bahamas into the 21st century, especially given that BGRS securities represent the deepest local debt market.

Mr Davies, branding it "a needed step", added: "We've been talking about this for a long time since the day BISX was constituted, and this will aid people in listing and trading government securities on the exchange.

Asked how near BISX and the Central Bank are to completing all processes required to launch government debt trading on the exchange, Mr Davies replied: "We're looking forward to getting this market going like we have been for 20 years.

"We are close. Technically there are no impediments. There are some operational issues that the Central Bank has to wrap its head around, and once they understand how the market operates we will be in a good position to move forward."

"The primary benefit is it will allow for better price discovery," he told Tribune Business of the imminent trading launch. "Obviously if we start to engage more of the population in these securities it will give a better opportunity for individuals to participate in the market and will hopefully lead to a bigger capital market."

Mr Turnquest, in earlier introducing the Bahamas Registered Stock (Amendment) Bill to the House, said the elimination of paper-based record-keeping would boost efficiency in the local government debt market by reducing time and costs associated with its administration.

"Essentially this Bill provides for the dematerialisation of government securities, which is the issuance and recording of securities in electronic form, and therefore represents a move away from the existing paper-based system."

Mr Turnquest described the present system as a "time consuming and inefficient way of conducting transactions". He pointed to Marlon Johnson, the Ministry of Finance's acting financial secretary, who was sitting in the House gallery, and added: "He'll tell you how many trees have been sacrificed in the name of good governance."

Mr Turnquest said physical certificates proving ownership of government bonds have to "be prepared, checked and signed before they are issued to investors, which takes time and presents a real risk of fraudulent activity".

He added that the loss of such certificates "happens with some regularity", which forces investors to advertise in the daily newspapers and wait for four weeks for a new one to be issued. This, Mr Turnquest said, "denies investors access to assets and funds", while they also faced the inconvenience of having to physically go to the Central Bank to trade in government paper.

"The present system does not facilitate sales and transfers of government paper, bonds and Treasury Bills. If they want to use their bonds as collateral or sell their holdings they must first deliver the certificate to the Central Bank to do so," the deputy prime minister added.

He explained that the Bill sought to address such "outdated practices" and bring The Bahamas into line with international best practices on government debt administration. To effect this, the Central Bank has developed a Central Securities Depository, an electronic repository that will record all holders of government debt and transactions in these securities.

Mr Turnquest said the reforms were given extra importance by the fact that the Government's domestic paper (bond) market has become its primary source of financing, while also providing a key source of liquidity for Bahamian investors as the deepest, broadest form of securities in the Bahamian capital markets.

"At the end of February 2020, the stock of domestic bonds outstanding totalled some $3.568bn held by 19,000 investors, representing a broad mix of the market, inclusive of banks, pension funds, business and private individuals," he said.

"The treasury bills (short-term debt) had an outstanding value of $759.7m at the end of February 2020 and are held by 34 investors that are mainly institutional in nature..... The Government is keen to promote and deepen domestic bonds by encouraging more Bahamians to invest in government paper."

Mr Turnquest said the demutualisation move was also "a natural offshoot" of the Government's initiatives to improve the ease of doing business and to digitise the public sector.

He praised the new system as a development that "will reduce the manpower and transactional cost incurred by the Central Bank and the government in issuing, transferring and distributing securities. Risk of loss, theft and damage associated with holding securities in physical form are completely eliminated.

"Investors looking to buy or sell securities will now reduce the need to visit the Central Bank to execute transactions as they can operate from anywhere, as the system will now be electronic."

"Investors will be able to avail themselves of loans against their dematerialised holdings, as it will be easier to have these taken as collateral. Paperless certificates will facilitate trading, as the brokers will be able to confirm beneficial ownership of these securities with the [Securities Depository] immediately," said Mr Turnquest

"It will increase trading in the secondary market for banks, and bring efficiency in securities options and processing of maturity and interest payments, and the processing times will be significantly reduced which will allow investors access to liquidity within hours instead of days of any transaction."

There has never been nor will there ever be a real market for anything traded on BISX. Simply put, there will never be sufficient liquidity of the unbiased kind to allow for true price discovery to exist.

To live in The Bahamas is to spend the majority of one's time reading the exploits of low IQ pirates misusing the public's trust and funds. What a sad little place this is.