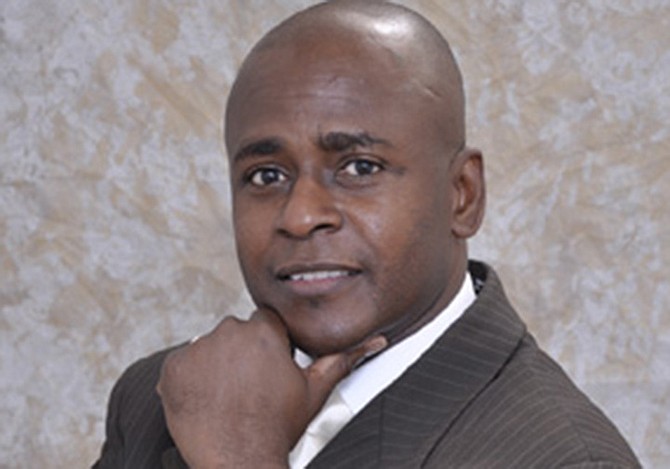 Churches all around the world are embracing the digital age like never before in the face of the global pandemic caused by the Covid-19 virus. Church leaders are faced with finding new ways to reach their members as the pews are not filled for the first time in recent history.

The clerics may not be able to make an impact in person at a time like this, but they are finding that even more people are hearing their word. The social media platforms are abuzz with inspirational messages, Biblical references and heartfelt words of comfort during a time when people face fear and uncertainty, and are going into introspection while they are on lockdown in their homes.

For Reverend Antonio Beckford, broadcasting his sermon live on Facebook each Sunday is nothing new. New Light Ministries has been doing so for more than a year. But what the lockdown has done is to significantly increase the amount of views online for the church. What is new, is that Rev Beckford’s weekly Bible study group has now gone online with the use of Zoom for video conferencing.

“We were live streaming a lot on Facebook last year,” he told me. “It wasn’t anything new but Covid-19 pushed us to use the internet more. Take for instance, our Bible study has gone online and that is something new. It was excellent; we got good reviews from our members. They could see one another, there was still fellowship and inspiration and it was recorded so people could hear it later.”

“At a time when people feel so distant, so disconnected, we feel that being online will allow us to stay connected, to still have something personal to hold on to. Last week, we had a reach of 1,200, with over 400 new comments to our New Light Ministries Facebook page. This situation has made us more creative. I like the idea of it because it gives us a new market of people to reach for the Lord. After we return to normalcy, we will keep it up and encourage members to continue to have video groups and keep in contact on a weekly basis.”

Even in the midst of a crisis that has affected every aspect of our life, there’s a silver lining to focus on, Rev Beckford says.

“What could have been meant for bad has turned out for good,” he said.

“It is God in the technological era. We haven’t even stepped into it in depth as yet, but we will grow into it.”

He told me of a church with thousands of members in America which was stagnant in terms of growth – just maintaining membership numbers. Since the call for an end to gatherings until the all clear is given, the church has seen their membership grow significantly through its website and social media pages. That success is largely based on its promotion by the members themselves. Rev Beckford noted that churches have contact with their membership once or twice a week. It gives them the impetus to stay spiritually strong.

With churches now having to embrace technology like never before, clerical leaders also realise it’s time to empower their members to take the church to new frontiers.

“We need to have a more empowered laity,” Rev Beckford believes.

“They have the ability to be more hands-on than the Clergy. It’s a new thing we we are looking at… stepping into this deep water. But, this is how the early church started… it was successful because it’s laity went out and spread the Good Word.”

A young Antonio was just 16 when he started preaching in earnest. During his childhood and school days, his friends nicknamed him “Rev”. He told me he “always felt the call” to preach.

He grew up in the Kemp Road area with his mother, Paulamae and his brother and sister. There, he spent much time with his grandfather, the late Bishop Ephraim Alexander Beckford. He was the pastor of the Church of God, Cooper’s Terrace.

When Antonio was a little boy, he would ride in the bus with his grandfather to pick up church members. It was a special time of bonding for him. Even if he did not realise it then, in hindsight, Antonio could see that his grandfather was preparing him for a spiritual path.

When he was about nine years-old, his grandfather fell ill and was hospitalised. Even at that young age, his grandfather had the confidence that he could ride with the bus driver and show him where every church member lived, and he sent him to lead the way. That simple act translated into something bigger and today, people who knew Bishop Beckford and witness his grandson preach, tell him they see his ancestor in him, even in his personality.

His grandfather was the only father he knew and Antonio remained at his church until it was time for college. He had aspirations to go to school to learn agricultural science, because he loved growing things. The door of opportunity did not open there. What was offered to him, however, would pave the way for his life path and purpose. The late Rev Earl Francis had a connection with American Baptist College, and he chose several young people to be awarded a scholarship for seminary school, Antonio being among them.

Antonio left for American Baptist College in Tennassee in the fall of 1990. It was a partial scholarship offering, so during summer breaks he came home and worked diligently cleaning offices to make enough money to pay the balance of his tuition. By his junior year, he got a job on campus as a night librarian. That worked out well for him, because he was able to receive a stipend while having all the study books he needed at his disposal, as well as the quiet time to study.

Several prominent pastors passed through the halls of American Baptist College during his time, including Bishop Chadwick James, Rev Leonard Clarke, Rev Garvin Ellis, Rev Hervis Bain III, and Rev Trajean Jadorette. There were also several young women studying, some who became pastors’ wives and pastors themselves. Overall, there was a strong Caribbean representation at the school.

One of his schoolmates invited him to their church one Sunday morning and he never stopped going. He was involved in Sunday school and he even had opportunities to preach. The church was 14th Avenue Missionary Baptist Church in Nashville, Tennessee, and Rev Dr Frank S. Gordon was the pastor. Rev Gordon became a mentor and father figure to Antonio and the pair built a solid relationship. When Antonio graduated with a Bachelor’s degree in Theology and Social Science, Rev Gordon offered him a part-time job at his church.

Eventually, Rev Beckford felt the call to start his own church. He and his wife Nataki, along with ten church members, started New Light Ministries. They rented half of the ballroom at the Casuarinas Hotel, West Bay Street on Sundays. A month later, they were in a plaza on Harold Road, where they rented a space for just under two years before they acquired a property in Faith Gardens in southern New Providence in 2005. Church services were held in a tent until their multi-purpose building was complete in 2006. The church grew from strength to strength and in 2016, a new sanctuary was complete and dedicated. The success of the church, he said, is measured by the success of his membership.

“New Light is 16-years this year and we have been growing from strength to strength,” he said.

He and his wife are the proud parents of two boys, Antonio Jr and Adon, and continue to lead a growing ministry.

“Children I have christened are now at the age where some of them are serving in ministry in some capacity. Some who were teenager when they joined are now taking part in the church in substantial ways. The continuity throughout the years is what counts. We lost some members through death, and others have picked up the baton and run with it. Another plus is that we have seen people come in who were not church friendly and rough around the edges spiritually and now, they are able to hold their own. If the majority of the church can do that, then we can say ‘Thank God for New Light’ that we were able to touch lives and shape destinies.”

“Corona has become an epidemic, but it is also an evangelistic tool,” he said.

“There are lessons in this. People are saying, ‘I may have all the money I need… a job, status and a car. All of this, and I still can’t do what I want to do.’ In the midst of it, God is showing you to catch yourself… there is much more to this and at the end of the day, God rules. Take comfort in these uncertain times. Relax yourself and know that there are some things you can do and some things you can’t. Leave it in the hands of the Lord.”