ALICIA WALLACE: We knew what we were getting but things really do now need to change 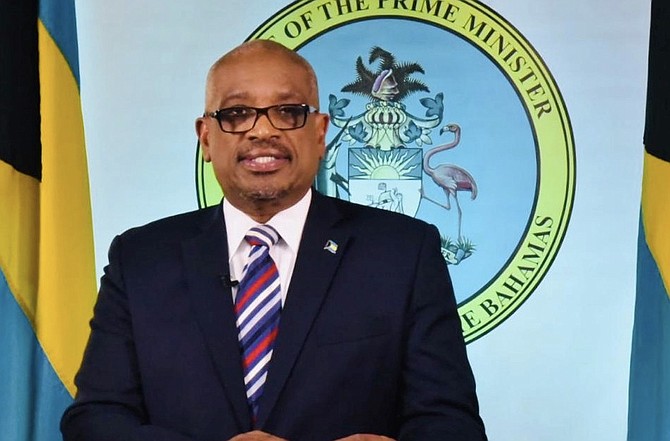 The 2017 general election was truly a race to the bottom. The Progressive Liberal Party (PLP) had lost the confidence of many voters during its five-year term that none of us will soon forget. The Free National Movement (FNM), as the official opposition, made no use of those five years or the material the PLP continually served it on a platter. It was a lazy, ineffective opposition that failed to challenge that administration and did nothing to inspire hope or build confidence in its 2017 candidates. The PLP is now going down the same path.

In the 2017 general election, the FNM simply succeeded in not being the PLP (in name). The people voted for not-the-PLP and ended up with the FNM, led by Dr Hubert Minnis, and this has not been a pleasant experience. For the first year and a half, people insisted we needed to give him and the entire administration more time. They just got there. Give them a chance.

They did not need much time to make arrests and put on a show in the name of accountability, transparency and anti-corruption, but certainly needed a long time to act in response to Hurricane Dorian. The COVID-19 crisis response was a bit faster, but has left much to be desired.

During the general election campaign, it was repeatedly stated that Minnis lacks many qualities we need and expect from a leader. Supporters declared none of them were important enough to stop them from voting for him. The Out Da Box campaign highlighted the need to move away from the two-party system, to demand greater participation in candidate and leadership selection processes and to refuse to choose the lesser of the evils. The Bahamian people settled - and now we are saddled with - exactly what we knew we would get.

On Sunday, I was reminded of the argument about whether or not Minnis’ lack of oratorical skills was relevant to his run for leadership. By now, we should all understand that the ability to speak with confidence, prove competence, show empathy and inspire a sense of calm, particularly in a time of crisis, is of great importance. We, at this difficult time, need someone who can at least make us feel confident in their ability to lead. In his speeches, the prime minister needs to stay on topic, move smoothly from one point to the next, and assure us he is both fully aware of what is taking place and implementing a plan to move us forward. He did not do this on Sunday. His speech was scattered, focused on the challenges we already know we are facing and was far too long.

People are choosing not to watch the national addresses, partly because they are long and meandering and partly because they provide far less information than a press conference where journalists ask the questions we want answered. If the national addresses are to continue and people are expected to watch, we need tight, organised speeches that give us the necessary information. We need delivery that does not depress, but gives hope. Going forward, his writers and advisers need to ensure that Minnis is:

So do we have to like a person to hear their cry?

Over the weekend, videos circulated regarding the government quarantine facility. There was one video in particular that many found very upsetting. In it, a person who came on the Bahamasair flight of Bahamians returning to Nassau complained about the conditions in her room. She said there was mould, the bed was too hard and the air conditioning was not working. She showed several items she considered inferior including a sandwich, packaged snack and apple, a case of water she said was dirty (meaning the plastic wrapping), and a broom that did not have a handle.

At first, the video might be seen as funny. The way she goes on about the supplies is a bit ridiculous. The part that should obviously have raised concern is the complaint about mould. No chances should be taken, and even if it was just a musty smell, she should have been given another room.

The way this issue was dismissed, presumably because people did not find her tone or attitude appealing, is unfortunate and says a lot about us as a people. Do we have to like a person to hear their cry?

Part of the issue, in this case, is we do not understand the obligations of a government. It did not do the people a favour by bringing them back to The Bahamas. They are Bahamian citizens who should be able to leave and return and they were not able to return due to the closing of the border which came without warning. According to authorities, it was required that passengers show evidence of a purchased ticket they were not able to use due to the closed border. This means the flight was not a “free trip home”. They had already paid for it.

It is good the government established protocol for the repatriation flights. They included mandatory COVID-19 testing and ensuring only people who tested negative were allowed to board – which we now know was not followed, putting others at risk – and a mandatory two-week quarantine. People with homes meeting the requirements were able to go home while others must quarantine at the government facility.

It is important we understand this is a form of detention. The government requires this group of people to stay in a place that prevents them from coming into contact with other people. This means having their own bedrooms and bathrooms. It is a not a “free hotel stay”. They are not “lucky” to receive three meals every day. It is mandatory quarantine at a government facility which requires the government to make provisions for them which includes a bed, bathroom and food.

Yes, the people who came in on Friday are in their home country now. Yes, some people may “have it worse”. That does not diminish the fact they were not able to re-enter The Bahamas for weeks – however we may choose to justify that – and we do not know the circumstances they were in for that period. The 59 people in the government facility are closer to home, but they are not home yet, and we do not know what they have endured to this point.

Sometimes people need to vent. Sometimes people want to commiserate. Sometimes people are so tired and frustrated their delivery overshadows their message. It is unclear whether or not that video was intended, at the time of recording, for public consumption, but it is certainly unfortunate that it went viral. While we may criticize the person recording the video, we should be able to understand her discomfort.

Another video was shared with a container of food on the floor outside of a room. Many tried to excuse this, but understand that 59 people are staying in this facility. Shoes and luggage have been all over that floor. When the container is picked up, it will be touched by bare hands and then sit on a surface that will be touched over and over again. At the very least, the food containers can be placed on trays outside the room doors. Being upset about the first video is one thing. Encouraging proper sanitation and hygiene practices within the quarantine facility is minimal requirement. It is not difficult, so let it be done.

I will be looking for you (howbeit you sound insightful and sincerely concerned) to be more about action than talk when the times comes.

It is easy to look on and describe what wrong and what is needed to address the wrong but I question whether you, or anyone else for that fact, can work as a team, and, proficiently execute the task at hand.

Agreed Mr Johnson, this lady has plenty talk but remains to be seen if she can walk the walk.

The weekly addresses ARE turning people off. Last week's address could have been condensed into 20 minutes. The public doesn't want to hear the PM provide lessons in scripture - we have plenty of pastors who can do a better job. The public wants to know the detail of what government is doing to protect us, its rationale for the steps it is taking and THEN, most importantly, it wants journalists to be allowed to ask pertinent questions.