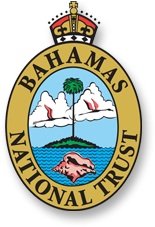 THE Bahamas National Trust says it does not believe measures are needed to reduce shark conservation, adding the shark attraction industry brings in more than $100 million a year.

BNT said, however, it agrees more studies and public education are needed on shark and turtle conservation, along with “reasonable solutions” to help protect both people and the marine resources “that we need for our very own survival”.

BNT released a statement on Saturday in response to comments Deputy Prime Minister and Minister of Finance Peter Turnquest made last week about shark and turtle protection.

BNT said while it “understands the concerns expressed by fishermen about shark interactions while fishing, spearfishing and diving,” there is “no scientific research that supports an increase in shark populations” in The Bahamas.

“Fishing and spearfishing are acts that attract predators,” BNT’s release said. “With more humans increasingly going in the ocean and doing certain activities that will attract sharks, shark-human encounters will increase.

“The BNT is in alignment with the DPM that more studies need to be conducted about the population of sharks and turtles in The Bahamas, likewise for all species.”

Eric Carey, BNT’s executive director, said he reached out to Mr Turnquest to get a better understanding of what he was intending to convey in his statements.

“While the BNT doesn’t feel it is necessary to reduce conservation measures put in place to protect sharks, we agree with the DPM that we need to conduct more studies and do a better job of engaging fishermen so that we get a clear understanding of what they are experiencing,” Mr Carey said.

Sharks became fully protected in 2011, with 243,000 square miles of the Bahamian archipelago turned into a shark sanctuary. As a result, it is illegal to catch or harm any shark in The Bahamas.

BNT said The Bahamas is the “shark diving” capital of the world, with the marine animal bringing in an estimated $114 million to the country every year as people travel here to dive, film and interact with sharks.

The conservation agency said sharks play a crucial role in maintaining the balance of marine life from which humans benefit, especially in The Bahamas.

It added that sharks help to keep marine animal populations healthy by removing the sick and injured, and by promoting greater fish diversity and healthier coral reefs.

“Healthy seagrass beds are crucial in supporting conch populations, which feed on the algae found on seagrass. The reality is that while sea turtles do naturally feed on conch, without sea turtles, the seagrass beds crucial to the survival of conch would not be healthy, and thus conch would be in even greater trouble. So, both species depend on each other for their long-term survival. Loggerhead turtles feed on the queen conch, but only at certain life stages.

“The impact of sea turtles on conch populations is therefore minimal, and more importantly this is a part of maintaining nature’s balance. It is important to note that while there may have been some recovery in local populations, sea turtles remain critically endangered across their range and are some of the most endangered animals in the world.

“Their importance to the culture, economy, and environment of The Bahamas is the reason why sharks and turtles were formally protected by the government.

“More public education on the importance of sharks and sea turtles is needed and we have to come up with reasonable solutions to help protect both people as well as these resources that we need for our very own survival.

“It is important that the government, conservation organizations, fishermen, and the public continue to work together to ensure that conservation benefits people and the environment.”

As he spoke in the House of Assembly about a constituent who is recovering from a recent shark attack while spearfishing, Mr Turnquest said while the country is protecting sharks, they are now encroaching on fishing areas used by fishermen who are at risk of attack.

“This is an issue that I think we’re going to have to address at some point because fishermen have continuously put the point to me that as we protect the shark and as we protect the turtle, they are now becoming a nuisance and a danger to fishermen,” the East Grand Bahama MP said.

“As the fishermen try to catch the fish with a line, (a) shark comes and takes them. They dive, they are at risk of being injured. The turtles (are) eating the conch and the lobster. So it’s becoming quite a challenge.”

Last I checked sharks live in the ocean, fisherman invade their territory. Sharks don't come on land and swing by bamboo for a conch or fish snack. Sharks are only doing what they know how to do

I live near Hopetown, Abaco moreso since Hurricane Dorian. There is less fishing here now for obvious reasons. Fewer tourists, Covid, and less time to fish for most everyone because we are all working to bring our businesses and families back. I have seen MORE LARGE bull and tiger sharks than EVER before. And, since Dorian, there are fewer turtles. I hope that my humble observation does not go on deaf ears.And, I certainly hope that one of these monsters doesn’t devour one of my grandchildren.